Does topological mass imply preservation of global symmetry whose current is topological?

This question is general but the motivation for it lies within the paper "A Duality Web in 2+1 Dimensions and Condensed Matter Physics". On pages 20-23, they consider a system which has four phases depending on the VEV of $\phi$ and $\hat\phi$ fields. They then proceed to claim that these 4 phases are indeed different because of the gapping (or lack thereof) of the gauge fields $b$ and $\hat b$ associated with $\phi$ and $\hat \phi$. In the phase where both fields are in their Coulomb regime, i.e. the VEV of both is zero, the system is gapped because $b$ and $\hat b$ acquire topological mass through the BF couplings present in the original Lagrangian.

I am, however, trying to understand those different phases through the underlying symmetries that they posses or that have been broken, since this view is more suited for the discussion that comes later on the paper.

We have here two global U(1) symmetries whose currents are the topological currents $db$ and $d\hat b$. Generally, these symmetries are broken when their associated field ($\phi$ or $\hat \phi$) is in its Coulomb phase and they are preserved when the field is in its Higgs phase. Thus, when both fields are in their Coulomb phase, in principle this should mean that both symmetries are broken. However, if we accept this, then when in the discussion they add a monopole operator that breaks the symmetry associated with $d\hat b$ for the system, the symmetries of the three phases which they intend to merge will not match, as shown here (green stands for symmetries that are preserved, red means broken symmetries): 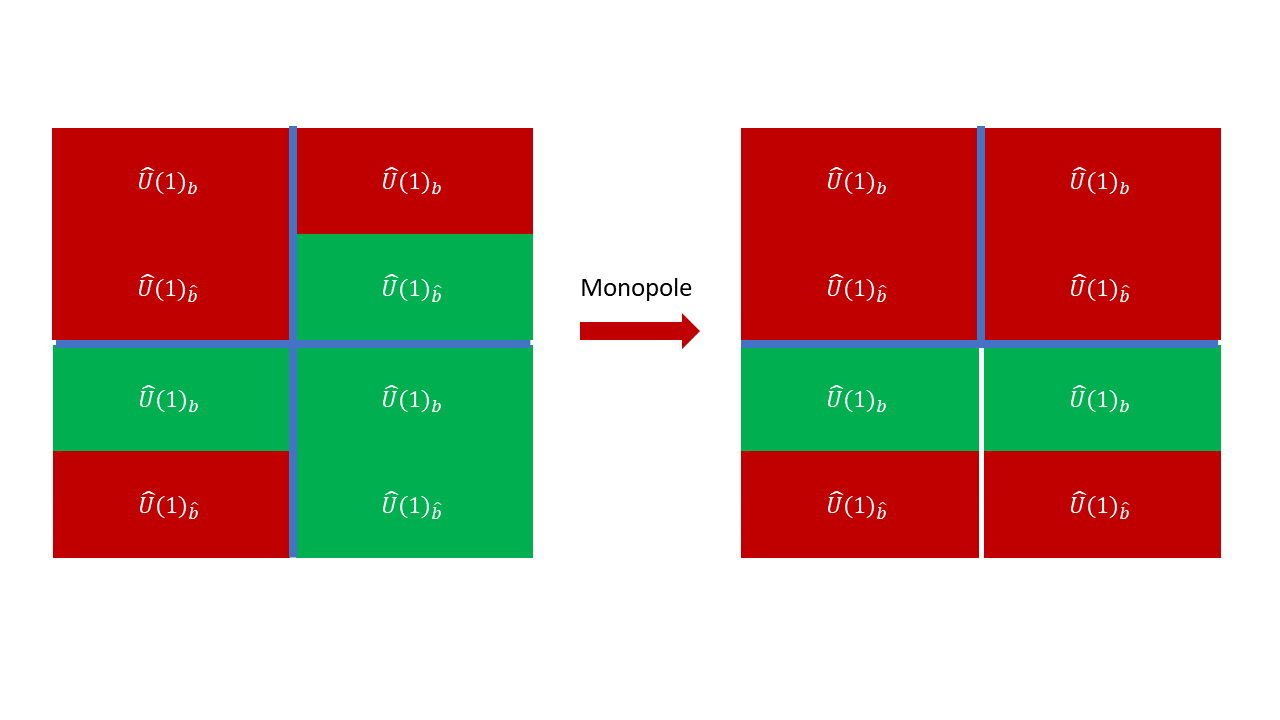 They will match, however, if somehow initially the presence of the topological mass in that phase preserves both symmetries: