Is it sensible to talk about protons at the time when the universe was a quark-gluon plasma?

I'm currently studying from "Particle Astrophysics" by Perkins.
On page 132 it says:

After $kT$ fell below the strong quantum chromodynamics (QCD) scale parameter ∼ $200$ MeV, the remaining quarks, antiquarks, and gluons would no longer exist as separate components of a plasma but as quark bound states, forming the lighter hadrons such as pions and nucleons.

In the early stages of the Big Bang, when the thermal energy per particle $kT$ was large compared with the hadron masses, it is expected that many types of hadrons, including protons and neutrons and their antiparticles, would have been in thermal equilibrium with radiation, being created and annihilated in reversible reactions such as $$p+\bar p \leftrightarrow \gamma+\gamma$$

The second quote implies $kT \gg 1$ GeV, but the top quote says that at this temperature there was a quark-gluon plasma.

What nuance am I missing?

Here is a phase diagram: 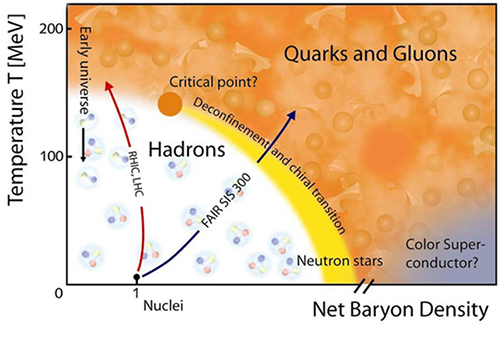 Fig. 1: The QCD phase diagram, with a hadron phase of ordinary nuclear matter and a quark gluon plasma phase. [At zero matter (baryon) density the phase transition is established to be a smooth crossover, current research searches for a first order transition and a critical point at finite density.]

It is not simple, and still under study.

This illustrates the first quote.

The second quote is a hypothesis within this model, that reversible processes allowed by quantum number conservation can occur even when temperatures are over the 200 MeV scale. This is logical considering that the average kT is a statistical number which describes uniquely the black body curve which has a variation in individual particle energy that will allow the overlap of baryons created and annihilated to exist in the mix. It is not one fixed value describing all possible interactions, these have to be studied individually.

I think that in the 2nd paragraph, the proton and antiproton are original from the plasma after hadronization. 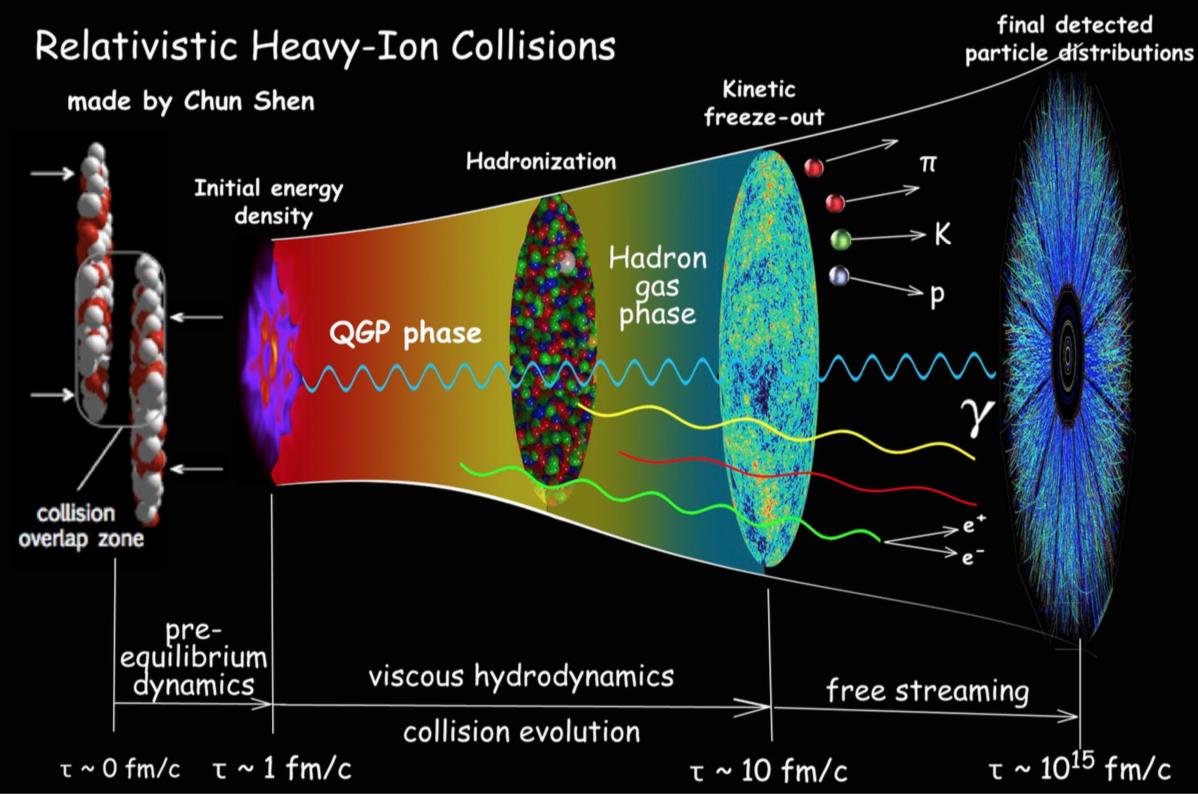 Not the answer you're looking for? Browse other questions tagged particle-physics big-bang quark-gluon-plasma or ask your own question.

29
What is the significance of the QCD scale parameter $\Lambda$?
1
What flavour is quark gluon plasma?
2
For a centre-of-mass energy of $3\,\mathrm{GeV}$ is it possible to make a charm quark?
0
Quark-Gluon Plasma
2
Hadron contribution to effective degrees of freedom in early Universe
2
Why photon do not interact in quark gluon plasma?
1
Why is strangeness enhanced in quark-gluon plasma?
0
Chiral symmetry breaking and appearance of hadrons (from Schwartz's QFT book)