Lorentz transformation matrix and its meaning in Minkowski diagram

I have sucessfully derived the Lorentz matrix for the boost in $x$ direction and its inverse. So I know how to get these two matrices:

What I lack is a geometrical meaning of those two. I have read, that it is some sort of a rotation, so I have already drawn the Minkowski diagram for steady observer 1 and one for the moving observer 2 as observer 1 sees it. Examples are drawn for $\beta = 0.5$. I have noticed that:

question 1: Is there a way I can help myself with what I have figured out so far to show, how the Lorentz matrix deforms a square into a parallelogram and vice versa?

question 3: Why is it so necessary for a scalar product to be defined with a minus sign for Minkowski spacetime? 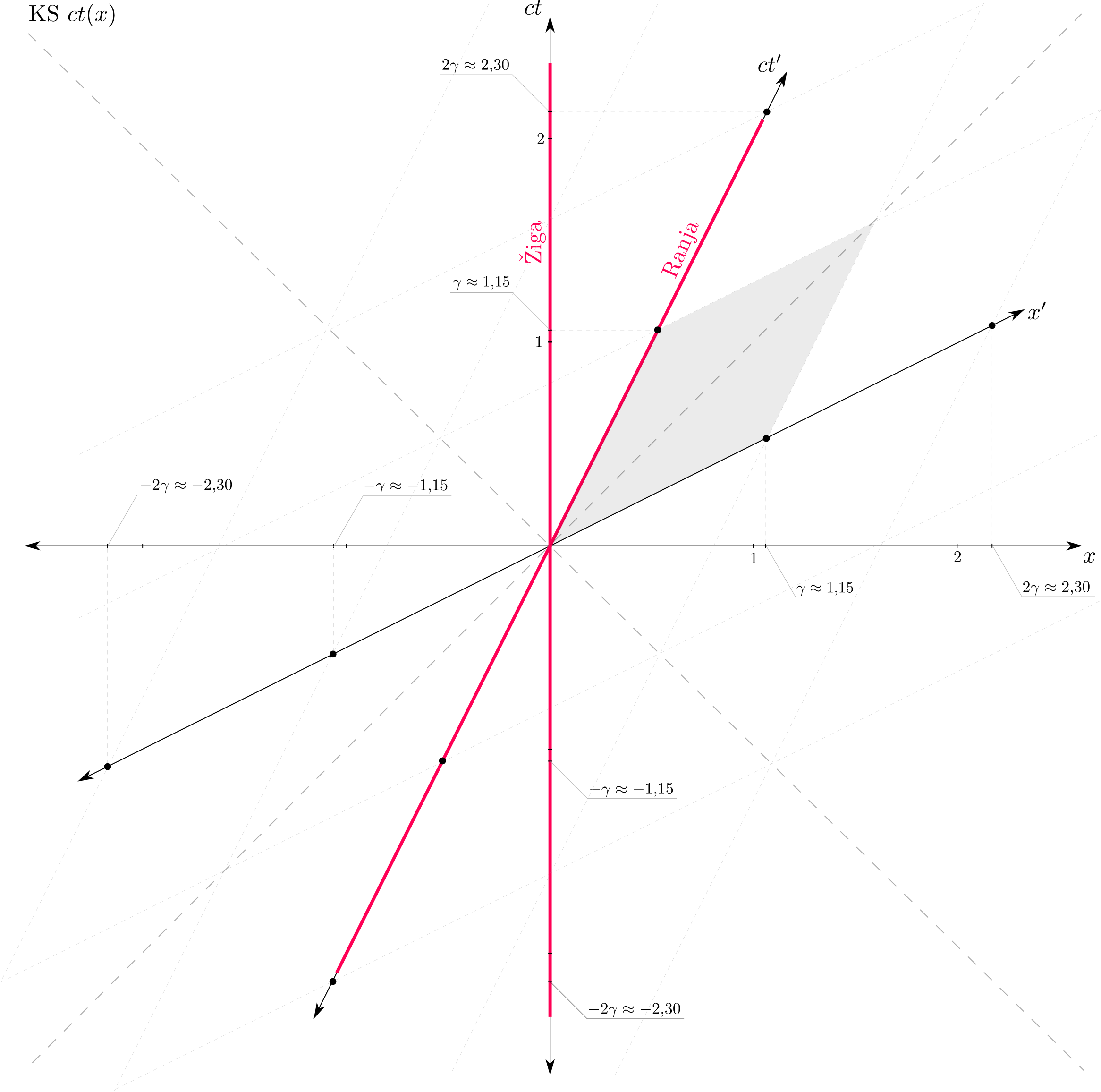 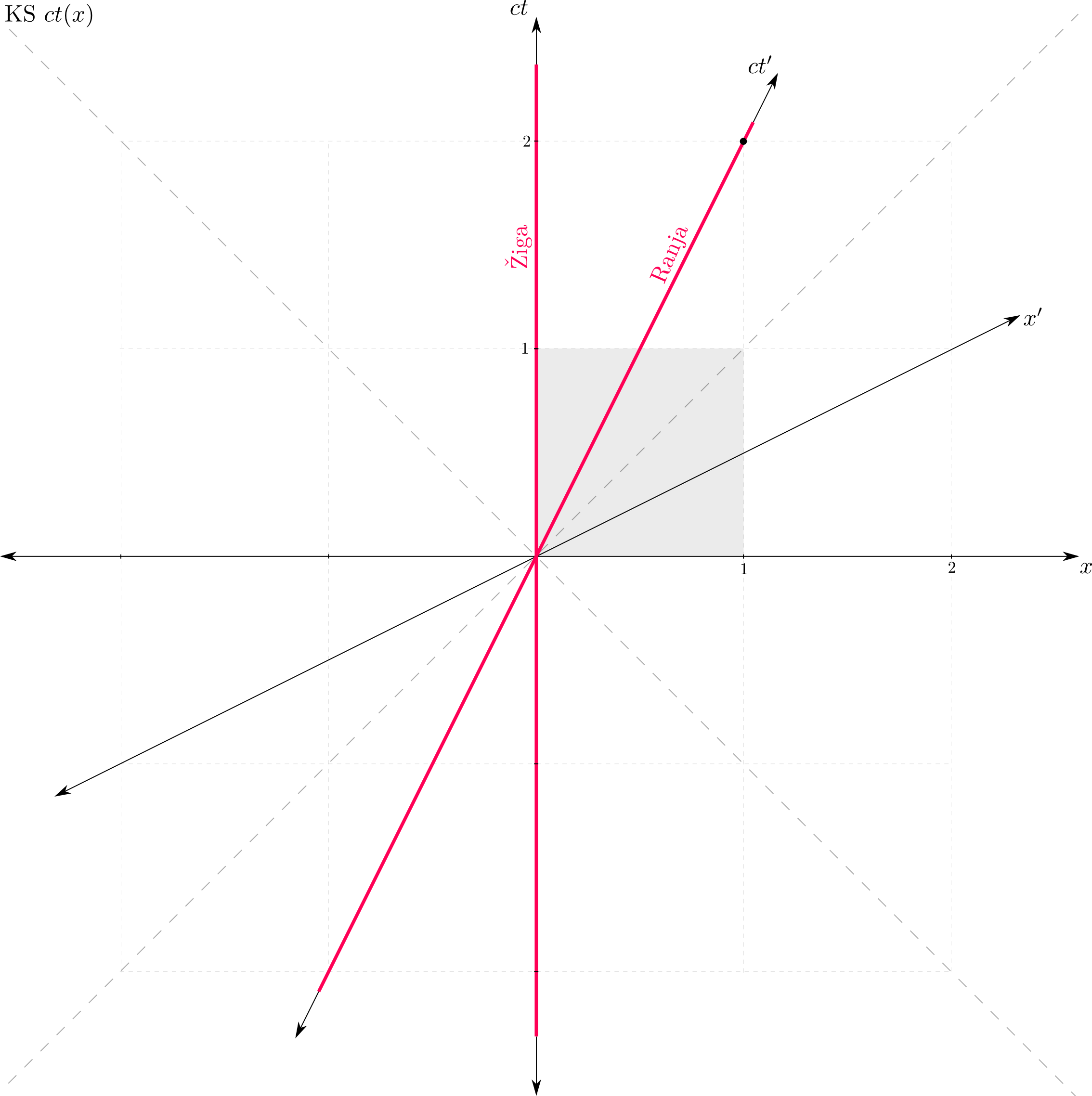 Your questions 1 and 2 can be answered if you consider one more geometrical aspect of the group of the one-dimensional Lorentz bosts and that is the orbit of a single point. In other words, the set obtained by transforming one fixed point, say, (0, 1), by Lorentz boosts of all possible $\beta$'s. If you would apply several transformations successively, this is a trajectory the point would follow and never leave, so we have an important invariant.

You should be getting one arm of a hyperbola with asymptotes given by the boundaries of a light cone. The interval $\Delta s$, measured from the reference point in the origin, indexes the possible hyperbolas: it is their semi-major axis. This helps to understand why $s$ is defined the way it is, its geometrical meaning and its conservation under boosts.

I'm afraid I will leave your third question unanswered as it is largely philosophical and out of my league. However, you could easily find that if you accept the idea of Lorentz transforms, the special relativistic scalar product is the only choice that fits perfectly into the picture. Most importantly, because it stays invariant with respect not only with boosts, but also all other space-time transforms considered in the SR.

12
How do I develop an intuitive model of spacetime?