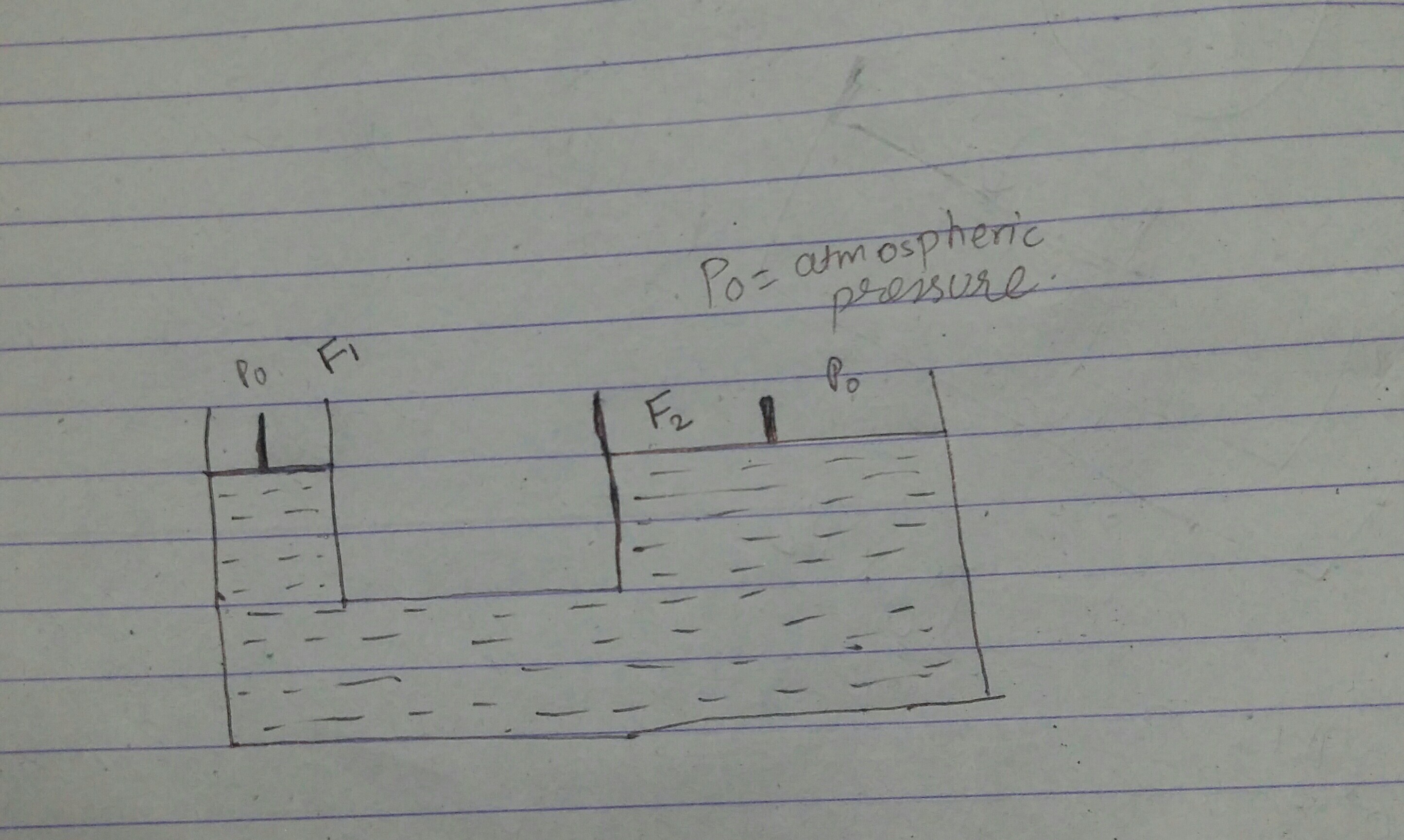 I have such a weird misunderstanding about liquid pressure. On the diagram, I have two weightless and frictionless piston on the two openings of the container. There's atmospheric pressure on both of them. So one piston has area A1 (the smaller one) and other has the area A2 (the bigger one). So my misunderstanding is since the atmospheric pressure is equal for both the pistons and one has a bigger area than the other, so the force on larger piston would be greater than the smaller piston. Then larger piston should move down and smaller piston should move up. But that doesn't happen. So where did I misunderstand? Thanks in advance.

First, let's consider a weightless scenario to demonstrate that, for the fluid to be in balance, forces $F_1$ and $F_2$ do not have to be equal.

In the weightless case, according to the Pascal's law, the pressure everywhere in the fluid should be the same. 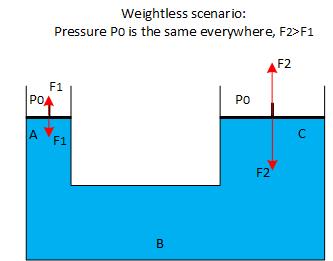 If we add gravity, the weight of the fluid will cause the pressure increase with depth, but, at any given depth, according to the Pascal's law, the pressure will still be the same. We can also see, that, if the horizontal pressure was not the same, the fluid would move from higher pressure areas to lower pressure areas. It should be rather obvious then, that to maintain the same pressure at any given depth everywhere, the heights of the left and right columns, which determine the pressure under them, would also have to be the same. Hence, the pistons have to be at the same level. 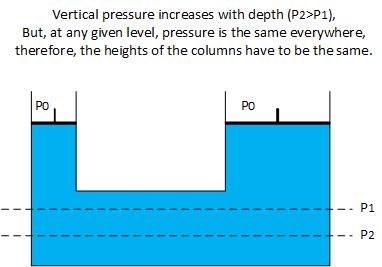 My last point should answer your implied question: how come we have two unequal forces, $F_1$ and $F_2$, acting on the fluid "from two different directions" and the fluid does not move? Is it a violation of the Newton's second law? It is not, if we consider all forces acting on the fluid, including the reaction forces from the walls. This should be clear from the diagram below and should be easy to prove, since we know the pressure at all points. 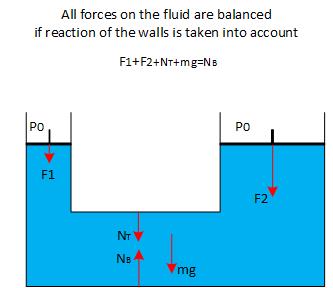 7
Why should fluids be confined for Pascal's Law to be applicable
0
Some confusions about Pascal's law
2
Air driven piston creating vacuum
2
Why does surface area not matter when calculating pressure
0
What is the origin of pressure of gas acting a surface beneath it?
2
Hydraulic jack and pascal's law