Where does a normal force come from?

Being more specific, let's say i place an object on top of a table, this will result on the table applying a normal force on the object.

My question is: Why does this force exists? Is it because of the existence of eletrical forces between the table and the object that makes a "repulsion", or even because the object "deforms" the structure of the table and the intramolecular forces are trying to "fix it" (make the table, that is a solid, go back to it's normal structure, that way aplying a force)? 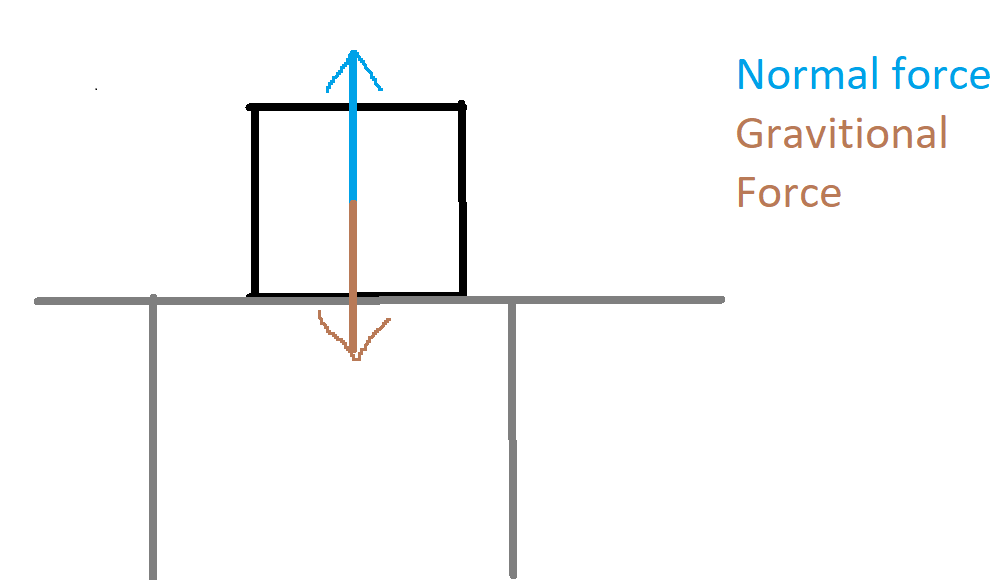 It's not exactly electrical or intra/inter-molecular forces as you conjecture in your question. Rather, it's ultimately exchange forces, e.g., https://en.wikipedia.org/wiki/Exchange_interaction. As two macroscopic objects get close (really close) together, the electron shells surrounding their respective atoms begin to affect each other. And two electrons (because they're fermions) can't simultaneously occupy the same state (be in "the same place at the same time", colloquially), better known as the Pauli Exclusion Principle, https://en.wikipedia.org/wiki/Pauli_exclusion_principle (link added after I noticed @Qmechanic edited that Tag into the original question:)

Here, a gas of bosons is supercooled so that most of the constituent "particles" all fall into the lowest-energy state. And that's possible because bosons aren't subject to the Pauli exclusion principle, so a large collection of them can all occupy that same state. And then this macroscopic collection exhibits some remarkable quantum properties that you'd expect to only be observable at the microscopic level.

But, now, you couldn't prepare such a remarkable condensate comprised of fermions, like electrons, for exactly the same reason discussed above --- except for https://en.wikipedia.org/wiki/Fermionic_condensate#Fermionic_superfluids where fermions are paired together so that each pair of fermions acts like a boson.

An interesting video discussing all this is at http://learner.org/resources/series213.html Click the [vod] link along the right-hand side of Program 6. Macroscopic Quantum Mechanics The second half of this video interviews Deborah Jin (and some of her grad students), who produced the first-ever fermionic condensate, discussing the physics involved. (Unfortunately, the video's from 2010, and a more recent issue of Physics Today carried Jin's obit, also discussing her accomplishments.)

Essentially the same thing is happening when you place an object on a table as when you hang the object from a spring. Equilibrium is reached when the spring is extended enough for it to provide an upward force on the object equal to the pull of gravity on the object. [There may be oscillations before equilibrium is reached.] The table is also deformed when you place an object on it, though you don't notice the deformation unless you have special measuring equipment (or the table is rickety).

The forces involved in the deformation of both the spring and the table are fundamentally electromagnetic.

I am only putting this as an answer because I do not have the reputation to comment. If you listen to Feynmans lectures, he lists several examples of experimental outcomes that have been, to a great order of accuracy, successfully predicted by Quantum Electrodynamics (QED). Newton's Laws can be derived from the basic assumptions of QED.

Not the answer you're looking for? Browse other questions tagged newtonian-mechanics electromagnetism forces pauli-exclusion-principle or ask your own question.