The intensity of a sound is a measure of the energy that the sound waves carries through space per unit time per unit area (since energy is conserved along the wave unless work is done on/by it and the wave spreads out through space). 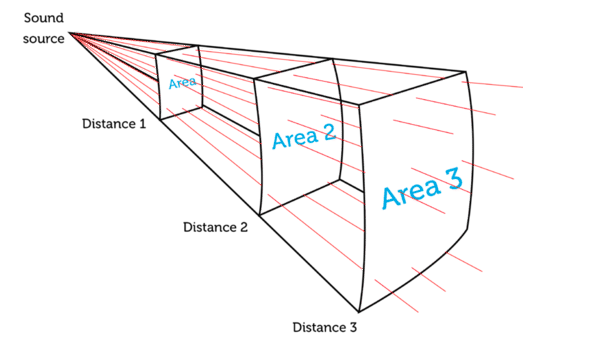 In the commercial world, however, we describe sound with sound intensity level in decibels $\rm dB$ of an airborne sound wave of sound pressure (amplitude) $A$ given by

where $A_\text{ref}= 20\ \rm µPa$ is the most common reference pressure, corresponding to the minimum intensity for the average person to hear a sound—if the wave oscillates at $1\ \rm kHz$.

I’m left with one observation and hence one question: the definitions of intensities given are purely mechanical—they don’t take into account subject measurements (collected, for example, by the ISO) of what sounds seem louder than others. A flaw with quoting intensities in watts per square metre or decibels (as I see it) is that a change in intensity in $\rm W/m^2$ or $\rm dB$ is not systematically related to perceived differences by definition.

So what gives? What am I missing?

If you’re still confused, think about radiometry and photometry: irradiance is given in $\rm W/m^2$ as well, but it is scaled by a variable luminosity function to give the illuminance in lux $\rm lx$ that humans sense. The defining relationship is

I’m left with one observation and hence one question: the definitions of intensities given are purely mechanical—they don’t take into account subject measurements (collected, for example, by the ISO) of what sounds seem louder than others. ... systematically related to perceived differences by definition.

Wikipedia's article on loudness requires a bit of digging through and further research to come up with the better answer. One of the well accepted measures is INEX, see: "To Honor Stevens and Repeal His Law (For the Auditory System)" (2006), by Mary Florentine, Michael Epstein:

"Data from a number of experiments reviewed in this paper indicate that a power function is only a rough approximation to the loudness growth function, because a power law does not fit the data at low and moderate levels. This paper proposes a new psychophysical law for loudness to better describe the data. A non-stationary point of inflection law [or an inflected exponential (INEX) law] appears to be the best description of currently available data.". 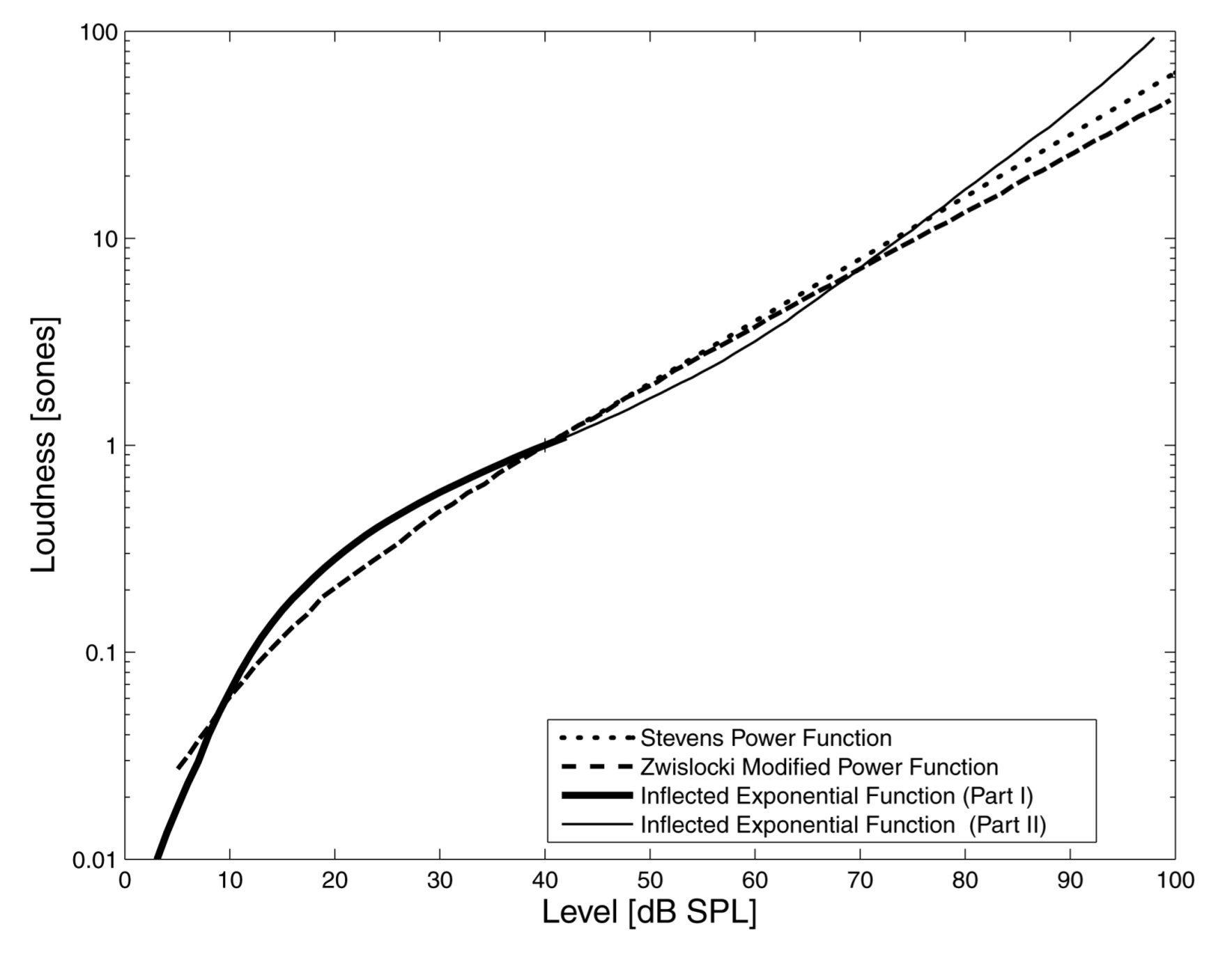 Figure 1. Stevens’ Power Function is plotted with each of the modifications presented in this paper to arrive at the Inflected Exponential (INEX) function. The INEX function was taken from Buus and Florentine (2001).

INEX is modeled as:

where $S$ is the sensation and $L$ is the level in dB SPL.

For hearing impaired listeners it varies. See this study published by the Acoustical Society of America: "Loudness growth in individual listeners with hearing losses: A review" (2007), by Jeremy Marozeau, and Mary Florentine

6
The energy of an electromagnetic wave
37
How loud is the thermal motion of air molecules?
2
Intensity of Sound Wave
0
Intensity of sound vs speed of sound
4
Sound Intensity and Frequency Relation
0
How to phrase the question of measuring the frequency of a complex sound?
8
How much power and energy is (actually) in a 230 dB "click" from a whale?
11
Why don't humans perceive sound waves as twice the frequency they are?
1
Why is acoustic intensity inversely proportional to density of the medium?