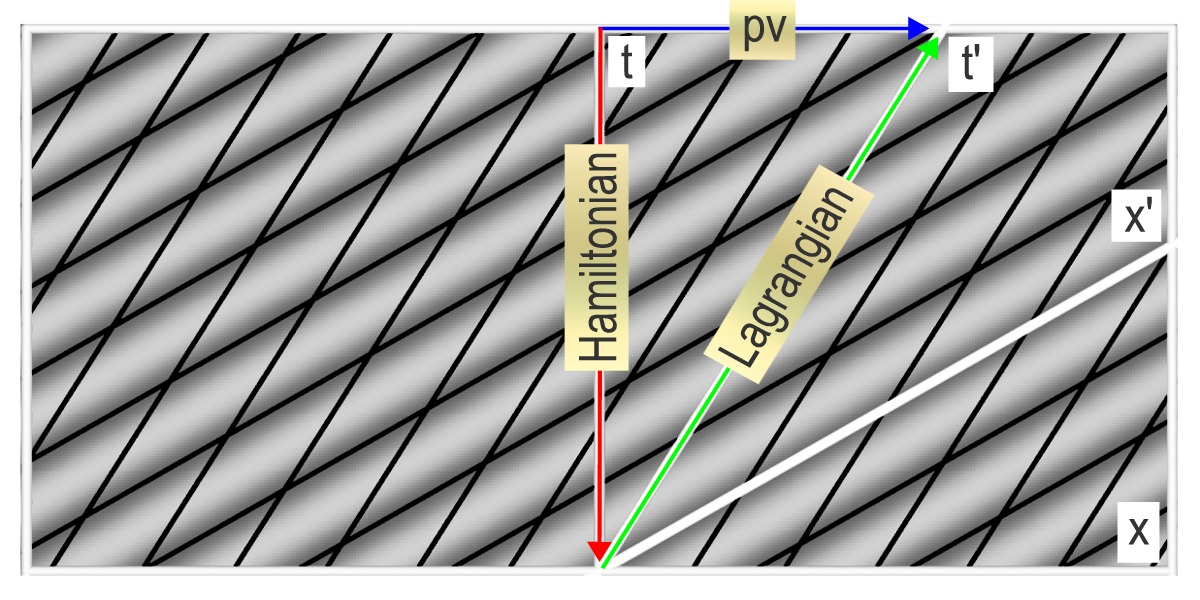 For their definitions and how they are interrelated, see e.g. my Phys.SE answer here. (Here the words on-shell and off-shell refer to whether the equations of motion (EOM) are satisfied or not.)

which may be evaluated along (possibly virtual) paths $q:[t_i,t_f]\to\mathbb{R}$, which do not necessarily satisfy Euler-Lagrange equations (=EOM). The Lagrangian $L$ is typically the difference between the kinetic and potential energy, but we warn that this needs not be the case, cf. e.g. this Phys.SE post and links therein.

III) One may ask: Why do we consider virtual/unphysical paths that do not necessarily satisfy EOM?

11
Physical meaning of the Lagrangian function
2
What actually IS action?
1
What is the physical significance of a Lagrangian and an action in particle physics?
0
Information contained in Lagrangians and actions
80
What are examples of Lagrangians that not of the form $T-U$?
45
The meaning of action
15
Hamilton-Jacobi Equation
21
In what sense (if any) is Action a physical observable?
12
Meaning of kinetic part in the Lagrangian density?
9
Hamilton's characteristic and principal functions and separability
See more linked questions

3
Deriving Expression for variation of Action (Lagrangian Mechanics)
0
Understanding Derivation of Euler-Lagrange
10
Question about the apparent loophole in principle of least action: boundary condition vs initial condition
4
Are the partial derivatives of Lagrangian in the varied action functional derivatives?
0
Why do we integrate over the Lagrangian to get action?
1
Calculus of variations: meaning of infinitesimal variation $\delta$ and action minimum
2
Is there any restriction on the Lagrangian of a system?
2
The action of a physical system