Does the Sun revolve around the supermassive black hole at the center of the Milky Way? [duplicate]

I'm curious to know, does the sun really revolve around the black hole at the center of the galaxy?

Sun revolves around the center of our galaxy. It takes about 225-250 million years (the timespan known as galactic year) to complete full circle. Taking this image from the wiki 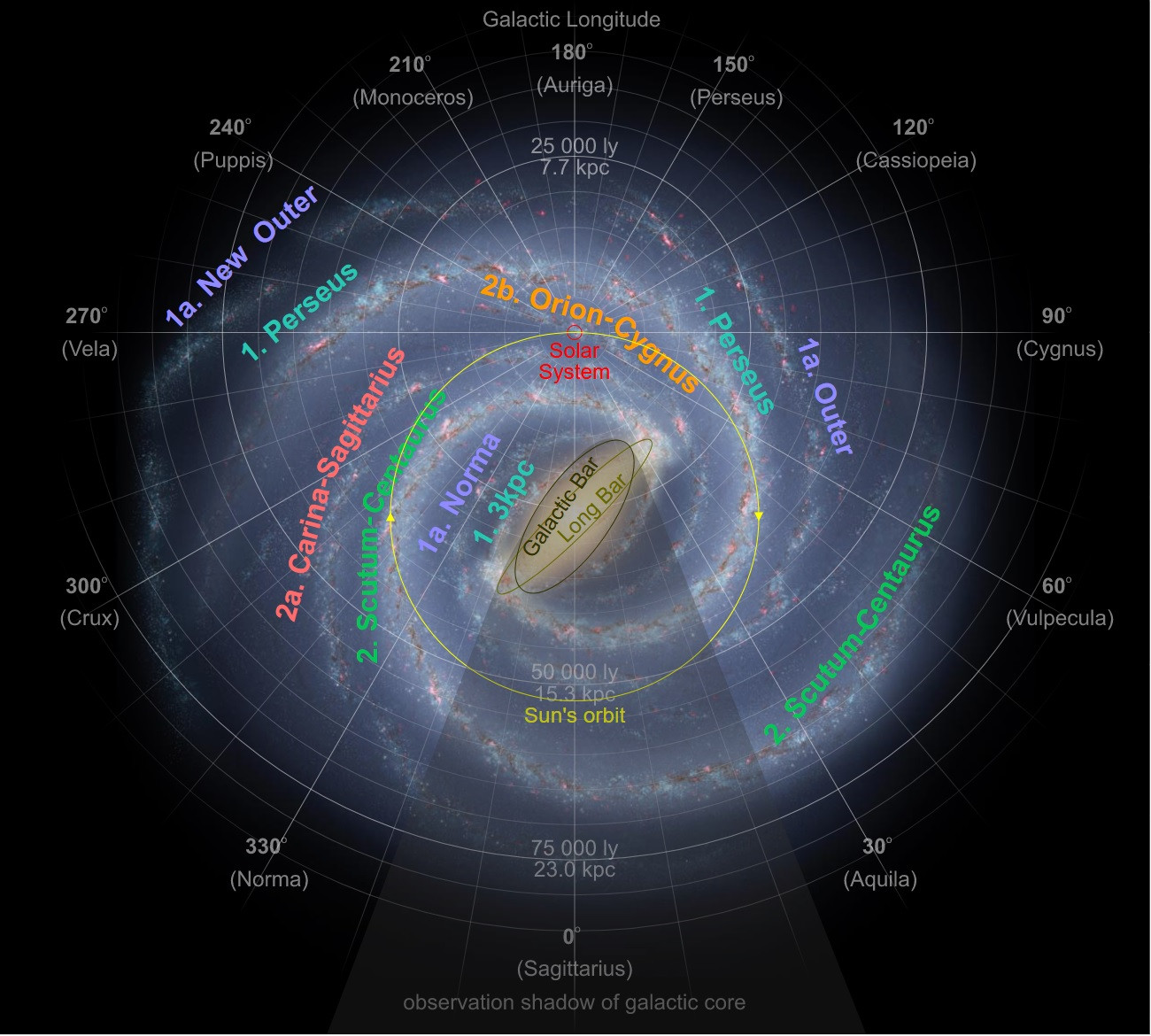 The center of the galaxy indeed contains the supermassive black hole. However the situation is significantly different from say the solar system. In the solar system almost all the matter is contained in Sun. The rest of the planets, moons, asteroids and comets contributes very little. So planetary orbits are determined mostly by Sun's gravity. In contrast the supermassive black hole in the center of our galaxy constitutes a miniscule proportion of the total galaxy mass. Also the significant part of the galaxy mass is in the dark matter halo which is spread even more than a visible matter. So saying that Sun revolves around supermassive black hole in the center is probably misguiding - its motion is determined mostly by other matter gravity.

Not the answer you're looking for? Browse other questions tagged orbital-motion sun milky-way or ask your own question.

-1
Is sun revolving around certain mass in space with reference to some other galaxy?
1
Does the sun have angular momentum?