Controlling the outcome of a quantum measurement through translational entanglement

You can entangle position and momenta of two atoms by using entangled light. Atoms A and B are located at sites A and B. You get entangled light by parametric-down-conversion and send one photon to atom A and the corresponding entangled photon to atom B. You keep on sending entangled pairs until atom A and B come to a steady-state and they will be entangled with each other. Essentially what is happening is that "entanglement is transferred from a pair of quantum-correlated light fields to a pair of trapped atoms in a process of quantum state exchange." 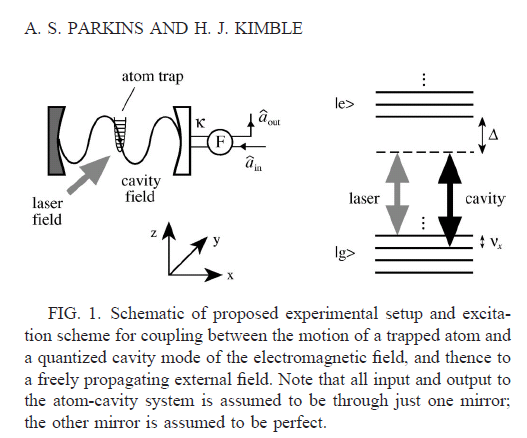 You can measure the position and momenta of each particle using homodyne measurement techniques. So, if I were to measure the position of atom A very very precisely, then its momentum would be very uncertain. Its distribution would be so smeared out that it'd be approaching a uniform distribution of momentum, if position is a sharp delta function. At this point, there would exist a probability that the momentum is very large, and thus its kinetic energy would be very large too! KE = p^2/2m. (Need a checking here) Would there be a non-negligible probability that the energy of the atom would be so large it would escape the harmonic oscillator trap?!

If everything I have stated is correct, haven't I found a method to communicate via translational entanglement, because I can control the outcome of the measurement? (Unlike spin...) Let's say we have an ensemble of these entangled atoms. A scientist at Lab A can send a binary message by choosing to measure the position of an atom at Lab A to high precision thereby causing the atom at Lab B to escape the harmonic trap. Not measuring would keep the atoms trapped. The presence or absence would correspond to a 1 or a 0. Since there would exist chances that the momentum would not be large enough to cause an escape, then we could have batches of entangled atoms that would represent one bit. Very costly, but you can interact instantaneously over large distances...

It has already been proved a long time ago that quantum entanglement cannot be used to transmit information faster than light, by any mean. I'm sure this is no exception (you control the next outcome of the measurement in spin entanglement too), but I'm not sure of how to prove it.

Here is my guess: Once the atoms are entangled, you can't touch them without breaking the entanglement. You have the two atoms in the same state, with low knowledge about position and momentum, then you separate them and they keep being entangled. Should you measure one's position very precisely then you break the entanglement, and you know atom B's position very precisely as well, but this doesn't associate with momentum uncertainty. I think I remember from my lessons of quantum metrology that since you are using two atoms to extract your measurements, you can bypass Heisenberg uncertainty principle, knowing both position and momentum of the atom (before measurement, of course) with great precision. You can do the same thing with lasers measuring number of photons and phase (which are conjugated variables).

Don't you have an (ex-)advisor to ask this to? He/She could definitely help you out with this. Otherwise you can send an email to Fabio Sciarrino (you can google him), he's a very friendly researcher on experimental quantum information theory I had the pleasure of studying with for some time. He definitely knows this.

Not the answer you're looking for? Browse other questions tagged momentum quantum-entanglement measurements measurement-problem faster-than-light or ask your own question.