Does iron get harder after being evaporated and condensed?

I remember hearing somewhere that when iron is vapourised and this iron vapour is condensed, the crystalline structure changes and the iron is much harder than it was before. Is this true and what structure is formed when the iron condenses?

One possible mechanism that comes to mind is that physical-vapor-deposited metal is likely to have a relatively small grain size and that metal hardness generally goes up as the grain size decreases (this is called the Hall-Petch relationship): 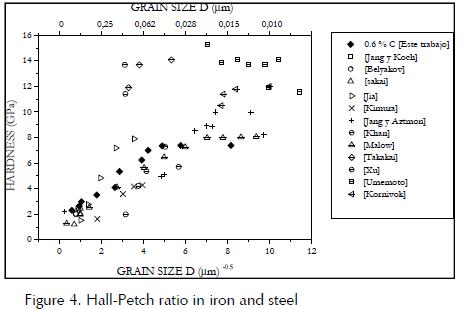 The technique of vaporizing iron and recondensing it somewhere else is called evaporative deposition; typically, one heats the target material in a vacuum by resistive heating or electron beam impingement, and the detached vapor atoms travel by line of sight to a cooler substrate (such as a semiconductor wafer) on the other side of the chamber, where they condense into a solid film: 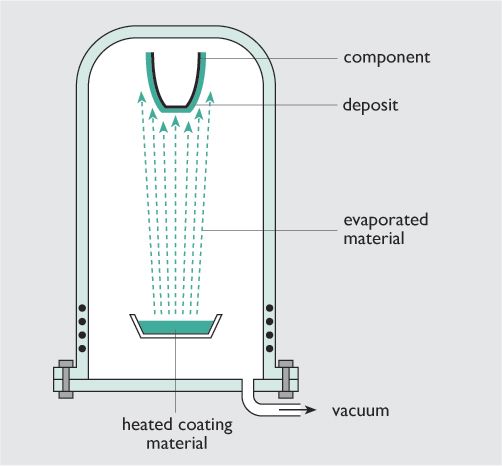 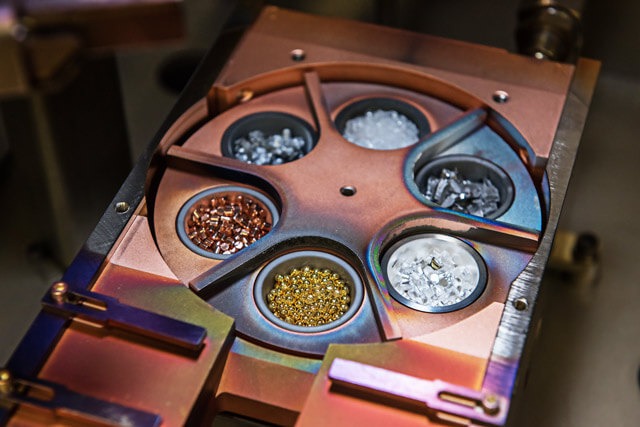 (Crucibles of various materials before heating and deposition in a vacuum chamber, https://angstromengineering.com/tech/electron-beam-evaporation/)

The individual deposited atoms combine on the substrate into small crystallites or grains, each of which has a particular crystalline orientiation that is random to some extent:

The ultimate grain size depends on the deposition conditions but is generally smaller than the grain size in a bulk metal, especially one that's been annealed (i.e., heated to induce larger grains to grow and smaller grains to disappear). The reason is that once the nucleated grains meet, they can only continue to grow upward; without substantial thermal energy, each grain is in a stalemate with the neighboring grains in terms of orientation:

Smaller grains result in a harder material because dislocations, or 1-D defects that carry permanent deformation through a crystal, have a hard time moving from one grain to another: 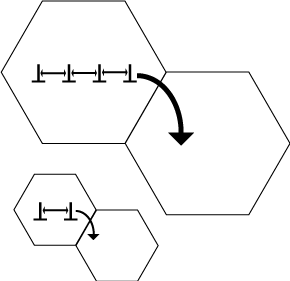 (Hall-Petch theory: Dislocation pileup in larger grains can push dislocations through to an adjacent grain, generally requiring the dislocation to switch to a differently oriented and potentially mismatched slip system; this mechanism is suppressed in small grains. From Wikipedia.)

One way to harden bulk metals is to cold-work (or severely plastically deform) them, which introduces huge numbers of dislocations that ultimately divide grains into smaller grains. Evaporating metal onto a substrate generally also results in a decreased grain size and increased hardness. Of course, the new configuration would be in the form of a thin film, which may or may not be desirable. In any case, this might be the reason why someone would remark that condensed metal films are relatively hard.

Not the answer you're looking for? Browse other questions tagged crystals or ask your own question.

12
What are some predictions from string theory that say some crystalline materials “will end up in one of many lowest-energy ground states?”
9
Significance of Dirac cones in condensed matter physics
16
Why do crystals grow in preferred directions?
1
Do crystal lattices always make an exact pattern?
1
Which factors determine whether a substance will be amorphous or crystalline on solidification?
12
Why is crystalline graphite black yet shiny?
0
“Crystal electric field”, zero temperature, and the idea that the crystal electric field will have a “symmetry reflecting that of the crystal lattice”