Alpha decay and conservation of energy

I understand how alpha decay works but while reading through the text I came across this "All the emitted alpha particles travelled at the same speed, meaning they had the same amount of energy". How does the speed relate to the overall energy and they use the word particles so can multiple alpha particles be released at once?

There is only one alpha particle per decay. They're referring to multiple examples of the same isotope undergoing alpha decay.

The parent nucleus decays to an alpha and a daughter nucleus and the difference in energy $E$ is converted to kinetic energy of the two. However momentum is also conserved so they have equal and opposite momentum, meaning that the energy of the alpha is completely specified (non-relativistically, ${p^2\over 2m_\alpha}+{p^2\over 2 M_{daughter}}=E$). So all alpha particles from such a decay have the same energy and the same velocity (which means the same range, which is usually what you see).

The reason for pointing this out is to contrast it with $\beta$ decay, where the parent decays to a daughter, an electron (beta particle) and a neutrino, and the energy can be shared between the three in a range of ways that still conserve energy and momentum, so beta particles have a continuous energy spectrum..

BTW if there is a more politically correct terminology than parent-daughter I apologise for not knowing it.

The decay scheme for Po-210 is shown below. 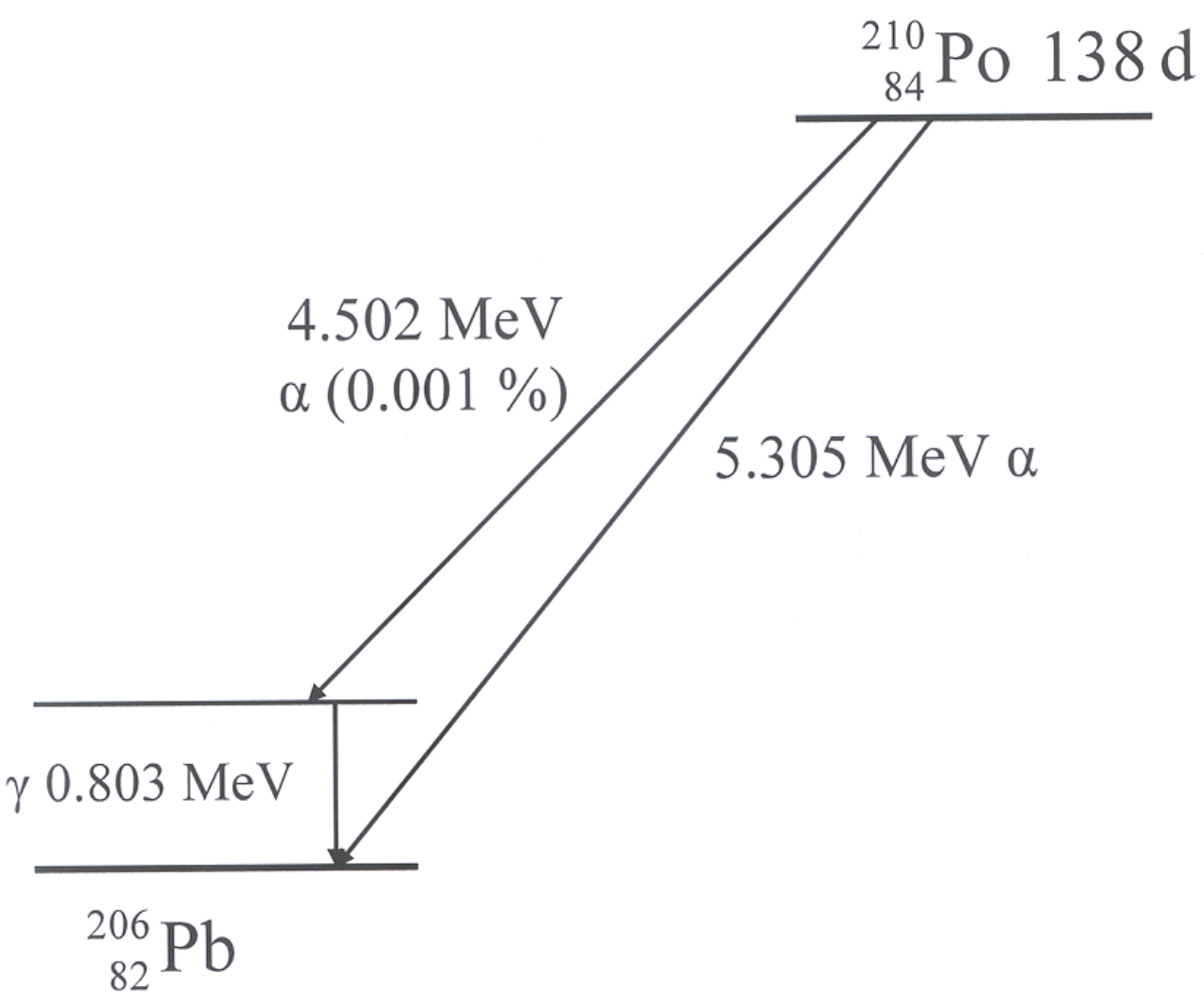 I think that the statement which is made about monoenergetic alphas is to contrast the single valued energy of alphas with the energies of the emitted beta particles which have a range of values due to emission of an anti neutrino at the same time.

1
How is the energy distributed in a proton-antiprotion annihilation?
3
Put yourself in the shoes of Wolfgang Pauli (1930): How could Pauli have narrowed the culprit down to one particle, instead of many?
9
Why is the spectrum of the $\beta$-decay continuous?
0
Why is the intensity of an alpha ray constant along a material?
1
Rutherford's Gold Foil Experiment: how did they stablished a minimum radius
10
why speed of alpha particle is a characteristic property?
2
$β^-$ decay should be impossible