Confusion regarding Gauss law and capacitors

The reasoning the apply is using Gauss law and somehow concluding that "the electric field in the conductor must zero everywhere inside it otherwise there would be some field and the particles would not be stationary".

I find this argument to be wrong. Suppose you take an isolated sphere, and in the center of the sphere, you put a negative charge of magnitude $-q$, and construct an hexagon with arbitrary distance centered at the negative charge, and put some positive charge on equal magnitude $+Q$ each vertice of the hexagon so that the entire system is in equilibrim (that such value of positive charge for which the system exists at equilibrium follows by "applying" intermediate value theorem on $Q = 0$ and $Q = \infty$). 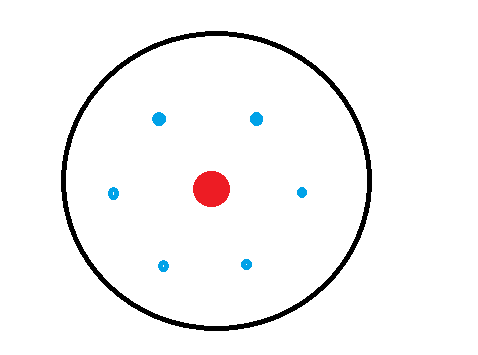 But then there's some charge at the inside of the conductor, so the net field is not zero, but the particles are stationary too! What's wrong with my arguement?

This is pretty much what is going to happen, if you put your charges inside a conductor.

0
Gauss's Law :To find the Electric Field for a Non-Conducting Sphere
2
Gauss Law with a hollow asymmetric surface
2
Gauss law and electrostatic induction. Concentric spheres
0
Modified Coulomb's law (hypothetical) and conductor
0
$E$ in a solid uniformly charged conductor: Is my reasoning here correct?
0
The electric field inside a conductor and Gauss' law
0
Gauss law and the method of images
0
Charges in a conductor