How does the delay of pulsar signals prove that gravity travels at the speed of light?

In the Hulse-Taylor binary pulsar system, the orbit of the two neutron stars results in the warping of space time causing the pulses to arrive earlier and later because of the longer distance travelled when the pulse crosses the gravitational field. How does this prove that gravity moves at the speed of light? 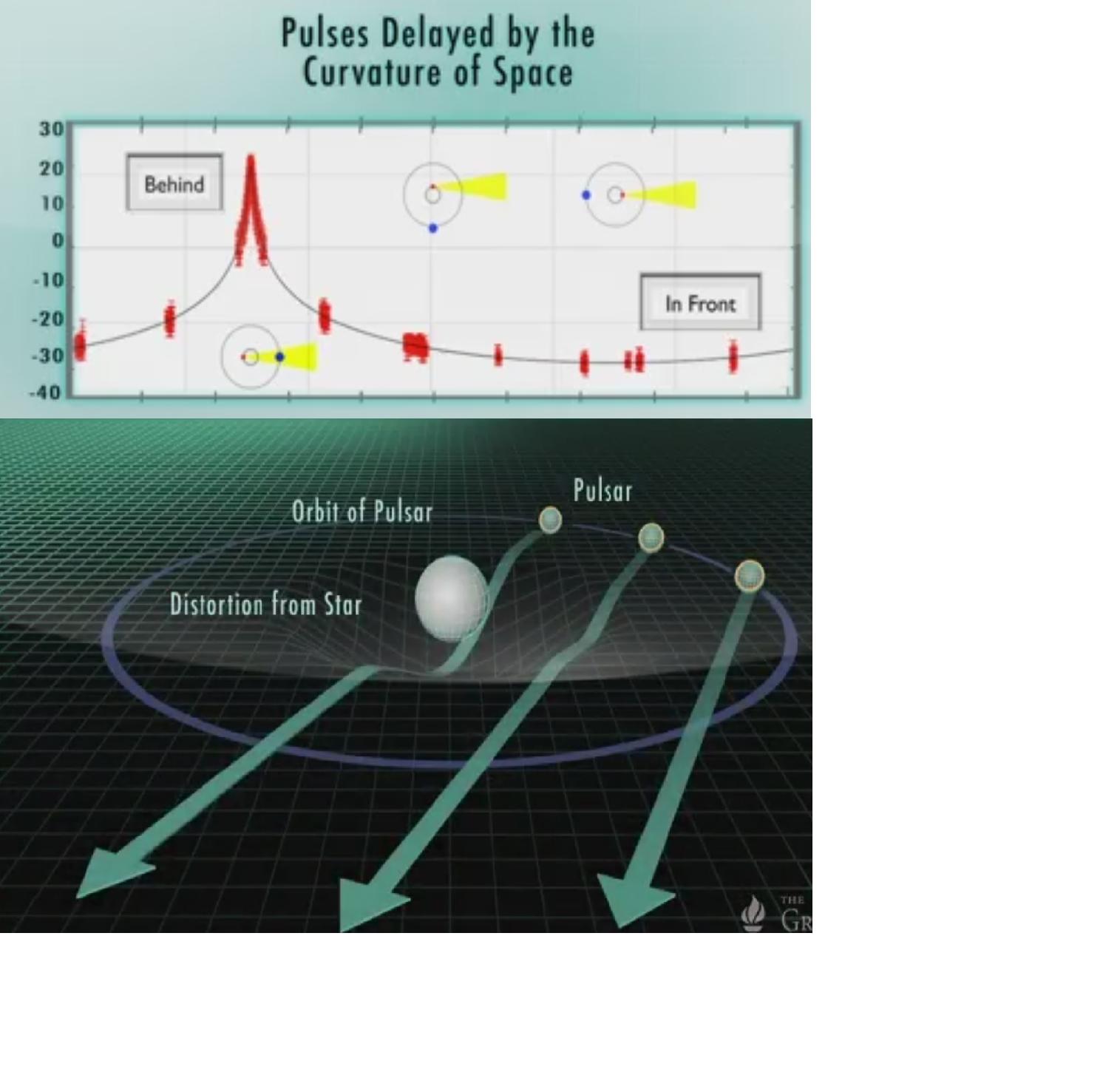 You'll have to forgive me if I misinterpret anything, I just learned about this binary system now and have only done some preliminary research. However, from what I can tell, the delay in signal from gravitational warping is not the evidence for the speed of gravity that this system provides.

Instead, this binary pulsar system demonstrates a distinct orbital decay. That is, the periapsis (or to be pedantic, the periastron) distance decreases noticeably over time. This is predicted by general relativity, which states that two bodies like this should lose energy in the form of gravitational radiation (all information your link provided). In fact, the amount of orbital decay predicted and that observed matches to within half a percent (part of the reason why they got the Nobel prize for this).

No messing around with the delay of pulses due to spacetime warping is necessary.

Not the answer you're looking for? Browse other questions tagged general-relativity gravity speed-of-light binary-stars pulsars or ask your own question.