Finding the free body force diagram of this diagram 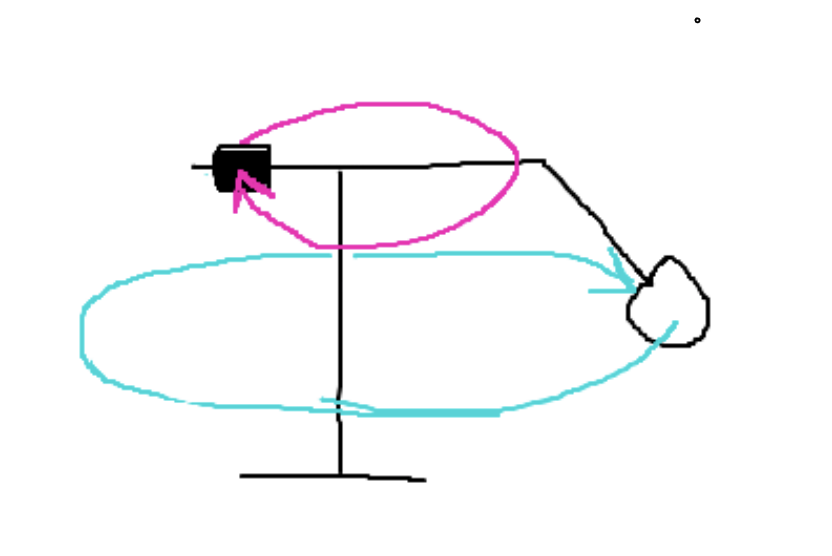 the black weight on the horizontal rod is just there to prevent the ball from wobbling around when being rotated the arrows are meant to show the motion of everything ( both clockwise ). the vertical rod rotates and depending on how fast its rotated, the string + ball either move up or down ( i forgot to include the theta ) 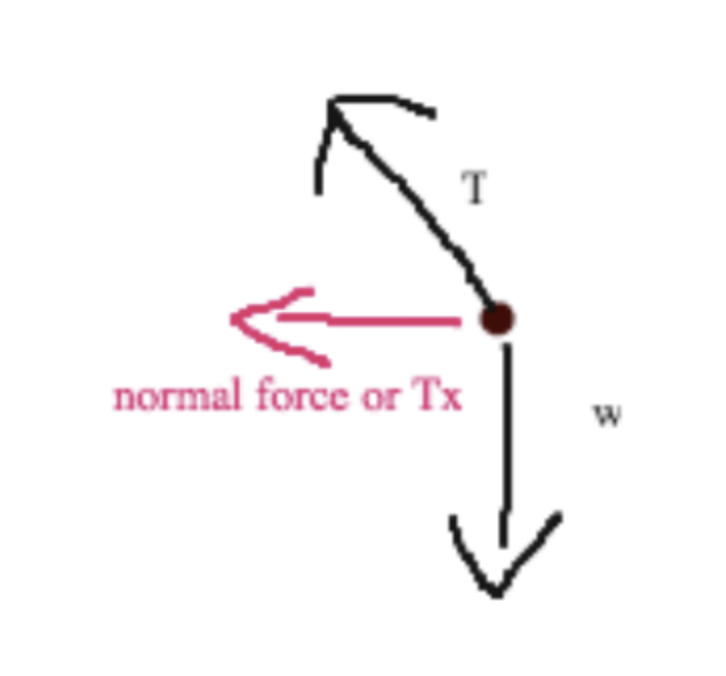 but im just not sure whether the pink arrow would be a normal centripetal force, or the tension force in the x-axis.

the problem also asks how the speed of the ball is related to its rotational period and the lengths (of the string) and radius in the figure, and how the balls acceleration is related to those quantities. i'm honestly not certain at all how to figure out this question so any help/tips towards the right direction would greatly be appreciated, thanks!

Every force has an object and an agent. The object in question is the ball. The agent of the tension force is the string. The object of gravity is the Earth.

That exhausts all possibilities. There are only two forces on the ball.

The pink arrow represents the sum of the tension force and gravity. It is not a separate force. If you represent this resultant force on a free body diagram, you have to single it out as being the resultant. For some instructors it is not appropriate to include it on the FBD at all because it is not a real force. It is neither a tension force nor a normal force.