EM Plane wave, the changing electric field is in all directions right?

I just want to confirm this, because this type of diagram seems pretty popular.

The electric field and magnetic field actually surround in all directions orthogonal to x axis, right? It is not just 2d pointing only in the y direction and z direction respectively. 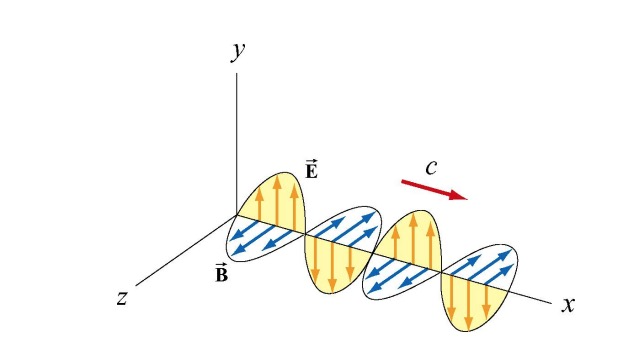 So no, in the wave you show, it doesn't surround the $\hat{x}$ axis. But other waves could do that.

This is a fairly common point of confusion. The arrows you see in that diagram express the magnitude and direction of the electric and magnetic fields on the $\hat x$ axis.

When you are introduced to vectors for the first time, they are usually represented as arrows which extend from one point to another. The vector $\langle 2, 3\rangle$ is depicted as an arrow which starts on the point $(0,0)$ and ends on the point $(2,3)$.

This is nice and intuitive, but it implies that the vector extends across physical space, which it emphatically does not. Vectors exist at isolated, individual points.

Here is a "slice" of the electric field of an electromagnetic plane wave defined over the plane $z=0$, rather than just along the $\hat x$ axis: 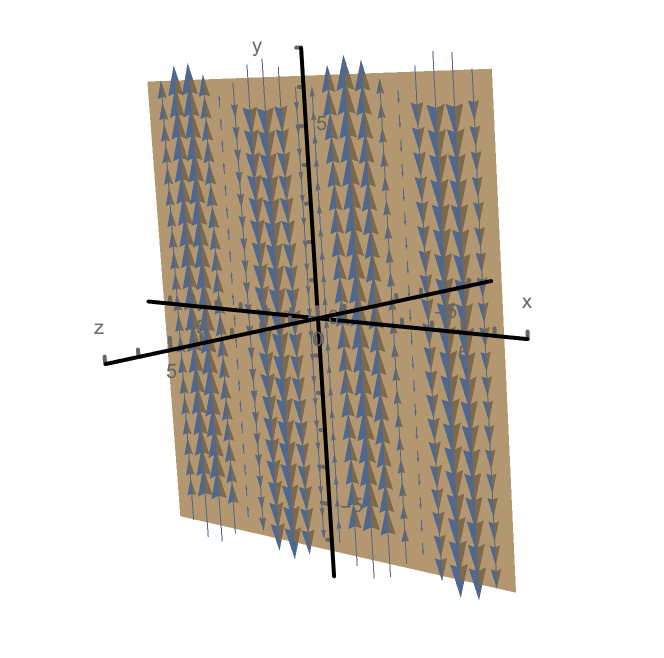 Now imagine identical copies of this plane stacked along the $\hat z$ axis, and you have a picture of what the electric field from a plane wave looks like. A faithful visual depiction would be far too cluttered to be useful, but this is the general idea.

For completeness, here's a slice of the field in the plane $y=0$: 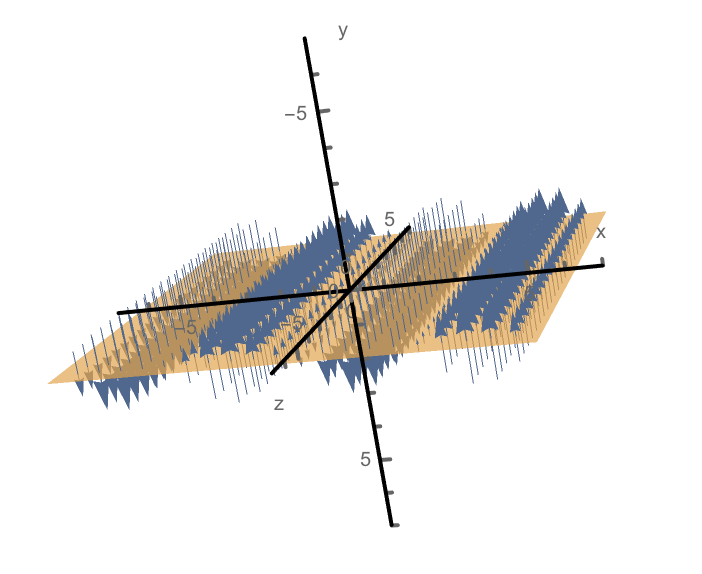 Yes, the fields are everywhere surrounding the direction of propagation. But it would be linearly polarized, in the same direction as the vectors in the figure. If one only draws the E-field vectors, it could be a representation like this: https://commons.wikimedia.org/wiki/File:Linear_Polarization_Linearly_Polarized_Light_plane_wave.svg

The EM wave in this diagram is just a ray, a geometrical visualization of the EM wave.

The EM wave is in reality a 4D wave, or at least you have to visualize it in 3D, where the wave rotates, that is, it goes from E wave to a M wave, because in the Maxwell equations, a moving E wave creates a moving M wave and this is how light propagates in the classical framework. 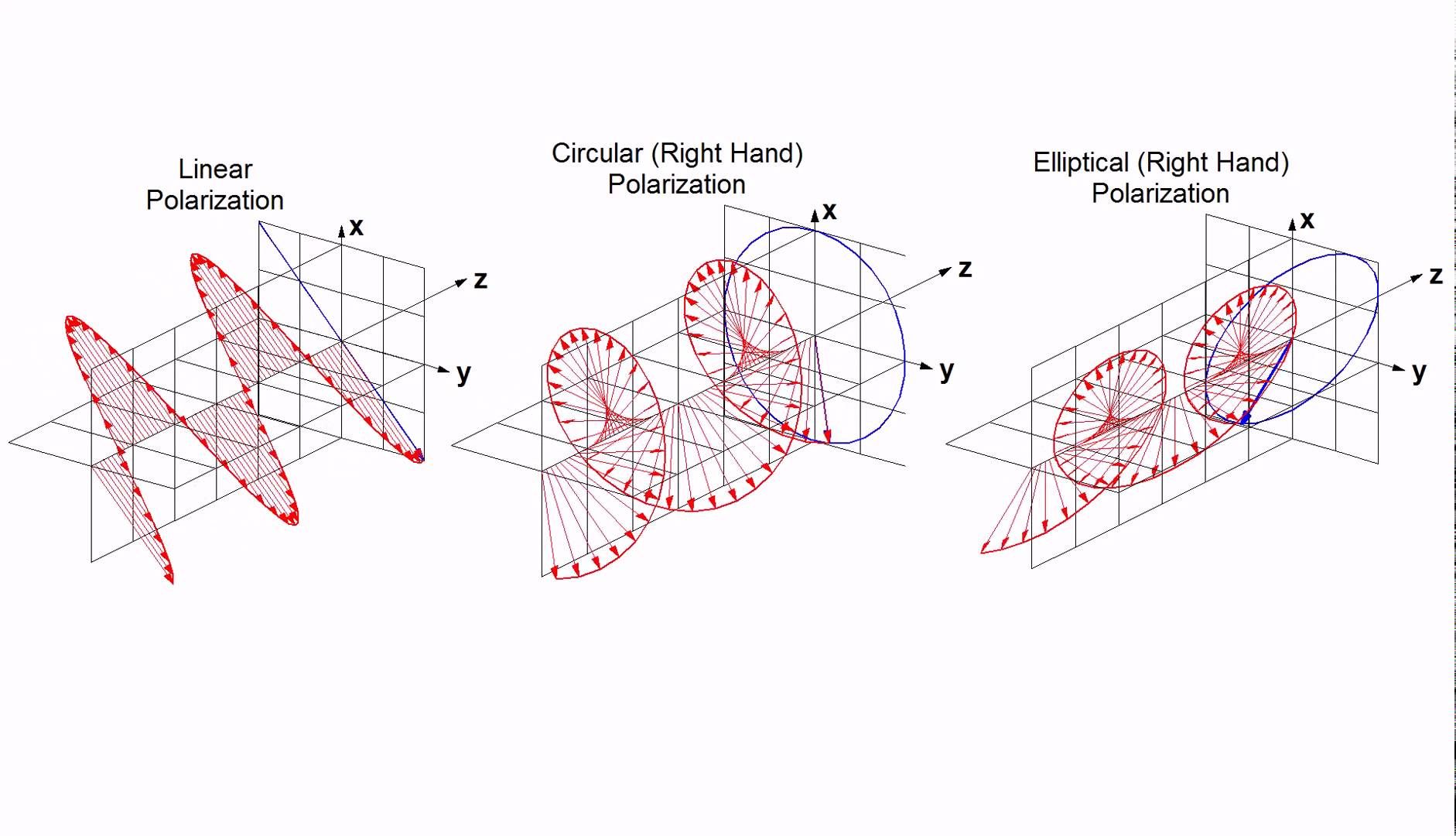