Problem with the calculation of the energy stored in a capacitor

I was looking at the calculation of the energy stored in the capacitor, and I don't see why the calculations make sense. It goes as follows: the potential difference and charge on a capacitor satisfy the equation $$V=\dfrac{Q}{C}$$ where $C$ is the capacitance. Suppose a charge $dQ$ is taken from one plate to the other. The work done to transfer the charge is $$dU = VdQ$$ which implies that $$dU = \dfrac{Q}{C}dQ$$ and then the integral is taken from $0$ to the final charge $Q$(source: Feynman Lectures).

Now, I know that a capacitor is not charged by taking some charge from one plate to the other. Rather, it is charged because of the electric field of a battery of the circuit in which the capacitor is connected: the electrons move from the +ve plate of the capacitor to the positive terminal of the battery, thus making it positively charged, and an equal number of electrons move to the -ve plate of the battery, thus making it negatively charged. So how is the work done calculated this way correct?

What the battery does is to intake some negative charge from the positive terminal, transport it through the battery against the electric field (here the work of chemical forces against electric forces happens) and outputs equal charge of positive sign on the negative terminal.

Now, I know that a capacitor is not charged by taking some charge from one plate to the other. Rather, it is charged because of the electric field of a battery of the circuit in which the capacitor is connected:

A battery isn't the only way to charge a capacitor is it? Consider the charging of a capacitor by an inductor rather than a battery. For example, look at the following circuit: 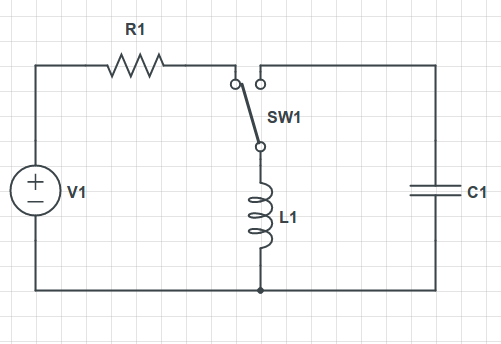 Initially, the switch is in the left-hand position as shown, the inductor current is constant and the voltage across the inductor is zero.

Importantly, at the instant after the switch is thrown, there is no voltage across the inductor (or capacitor); the inductor is at this moment acting as a current source that is 'pumping' charge from one plate of the capacitor to the other.

Indeed, here's another way to charge a capacitor sans battery: 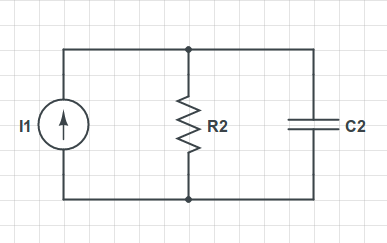 Not the answer you're looking for? Browse other questions tagged electrostatics charge potential-energy capacitance voltage or ask your own question.

0
Confused on why energy stored in capacitor deals with moving charge from one plate to other?