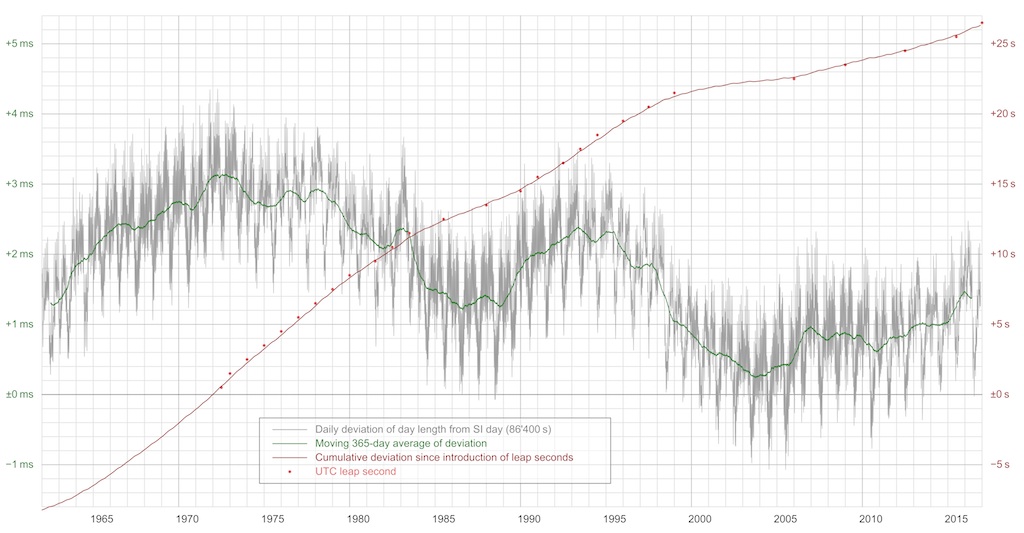 3
Synchronising the Earth's rotation via mass redistribution
7
What time scale is used by the JPL HORIZONS system?
6
How do physicists and astronomers handle leap seconds?
1
When are leap seconds added in various time zones?
14
How is a second measured? And why is it measured that way?
9
Why is the second the SI base unit for time?
1
How have the duration of the martian day changed in the past?
2
Why was the fraction 1/31,556,925.9747, in the 1956-1968 definition of the second in terms of ephemeris time, chosen?
3
What does it actually mean to say that time "speeds up" or "slows down"?
16
Is Earth’s rotation slowing down or speeding up?