What's the difference between magnetic field and electric field lines?

Does $d\vec B$ point in the direction you would experience a force if you were a moving charged particle at that point? I know for a fact the electric field and electrostatic force are parallel, but since $F = q\ \vec v \times \vec B$ for magnetic forces. Does that actually mean though that if, say, in the following graphic: 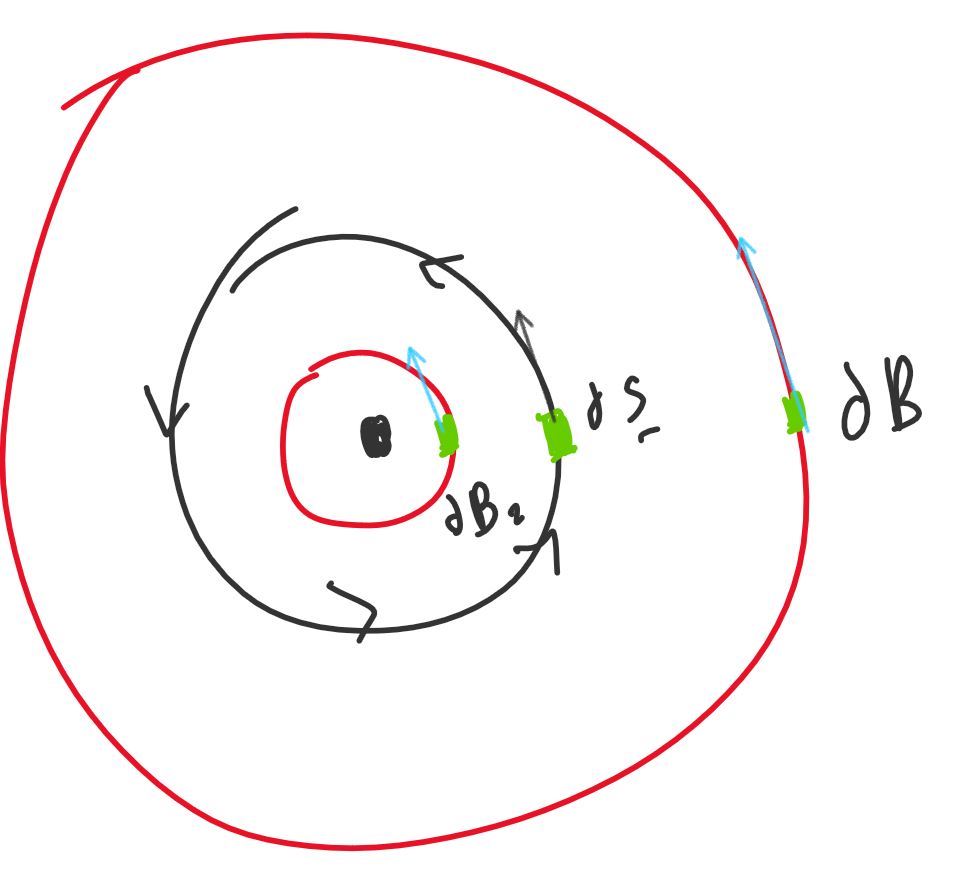 Where the dot is a wire going in and out of the page, that the $d\vec B$ vectors are not showing how a moving charged particle will move in the field?

Basically, I feel justified in thinking electric field lines communicate how a test charge will move at any given point in space.

How can I juxtapose this with magnetic field lines>

If they existed, magnetic field lines point in the direction of the force experienced by a magnetic monopole (assuming only a B-field is present).

So no, magnetic field lines do not directly indicate the direction of a force as far as moving charged particles are concerned, but magnetic fields do exert a force on them separately from the force the electric field would exert.

Not the answer you're looking for? Browse other questions tagged electromagnetism magnetic-fields electric-fields vector-fields or ask your own question.

-2
Why are “magnetic field lines” called “lines of force” when they are perpendicular to the direction of force?