Why can't the electrons that are attracted to positive terminal of cell flow through the wire ? 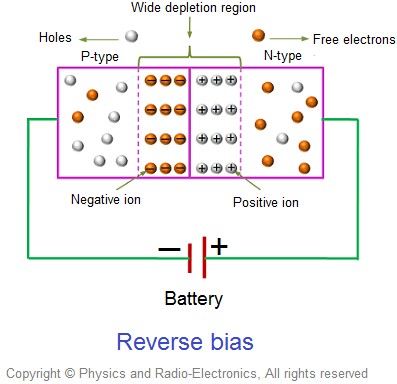 In a closed circuit a stationary current can only flow when it is continuous along the circuit path. In the pn-junction diode in reverse bias only a small reverse bias current can flow in the diode circuit due to the blockage of the opposing built-in potential which is increased by the applied reverse voltage. If you consider only the n-type semiconductor region connected to the positive battery terminal with the negative terminal disconnected, the electrons in the n-type region are majority carriers there neutralizing the positive donors. The electrons cannot be drawn away from these positive donor region (without replacement) due to the electrostatic attraction to the donors.

Let's answer another question first: why does not current flow through an open circuit?

Because for a current to flow there has to be a continuous loop. If there is a break in the loop (the circuit is open), the current won't flow, because, under low voltage conditions, the electrons won't be able to jump through the gap in the circuit, even though they are pushed by the battery. We can say that they don't have enough energy or are not pushed hard enough.

For a current to flow through a reverse biased p-n junction, the electrons in the p-region have to cross to the n-region, but they don't have enough energy to do so, even thought they are pushed by the battery.

Here, we can also say that they don't have enough energy (because they are trapped by the holes in the p-region) or they are not pushed hard enough, the bottom line is that the electrons cannot cross the junction in this direction.

Now you should be able to see obvious similarity between an open circuit and a reverse biased p-n junction. Therefore, if you can understand why the electrons don't flow to the positive terminal of the battery in the open circuit situation, you should know the answer to your question.

If you don't understand the open circuit situation, this is the question you should be asking.

6
Working of a p-n junction diode when forward biased
0
Why does current have to flow in the same direction?
2
PN junction diode
0
Circuit Analysis - Grounding and Current
0
Solar photovoltaic diode current flow
2
Please grant me an accurate explanation of diode reverse bias mechanism
0
In the equivalent circuit of a PN junction diode, why is the battery shown in reverse?
0
Reversed biased condition np junction