I have a problem that I'm trying to solve for an engineering application. Maybe I have the wrong assumptions, or expectations of the underlying physics; but maybe one of you can help clear that up. The problem is this: 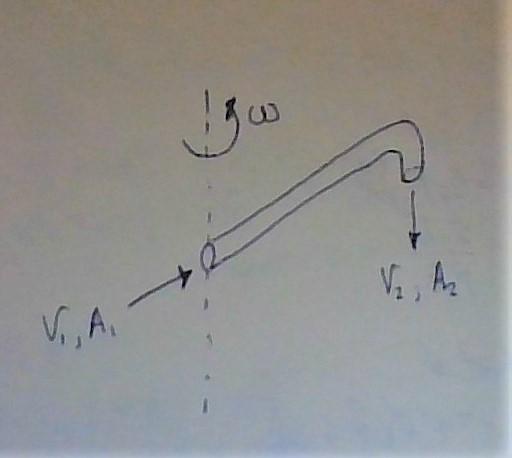 The most promising approach I've taken was to use the angular momentum version of RTT for the steady state problem:

But I'm interested in the radial force that the fluid exerts on the pipe. If the angular velocity is constant then the torque should be zero, and this does not help me because I cannot then use the torque definition to solve for the forces on the pipe:

And even if the torque was non-zero, the torque is not dependent on the radial force, so it does not help there either.

I'm trying to validate CFD results with an analytical approximation, so maybe this is not a problem that RTT can help with. I'm not sure. I never worked on a problem like this during undergrad, so I need some help with this one! Maybe I need to solve for the pressure gradient, which should depend on the angular velocity, and use that to determine the flow velocities - but again I'm unsure!

For anybody that stumbles across this problem, I have solved it by integrating the Euler equation and coupling that with a control volume analysis: 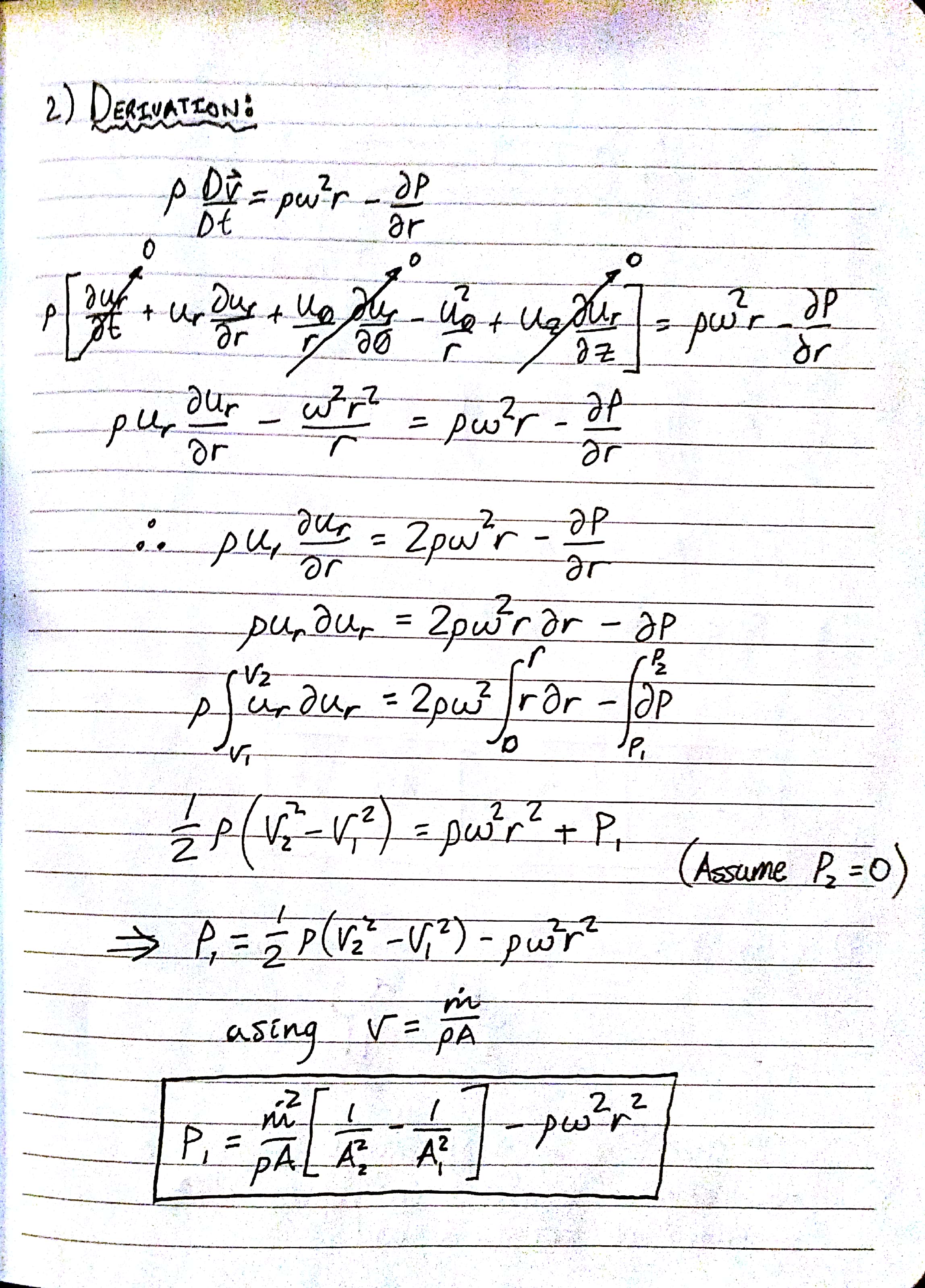 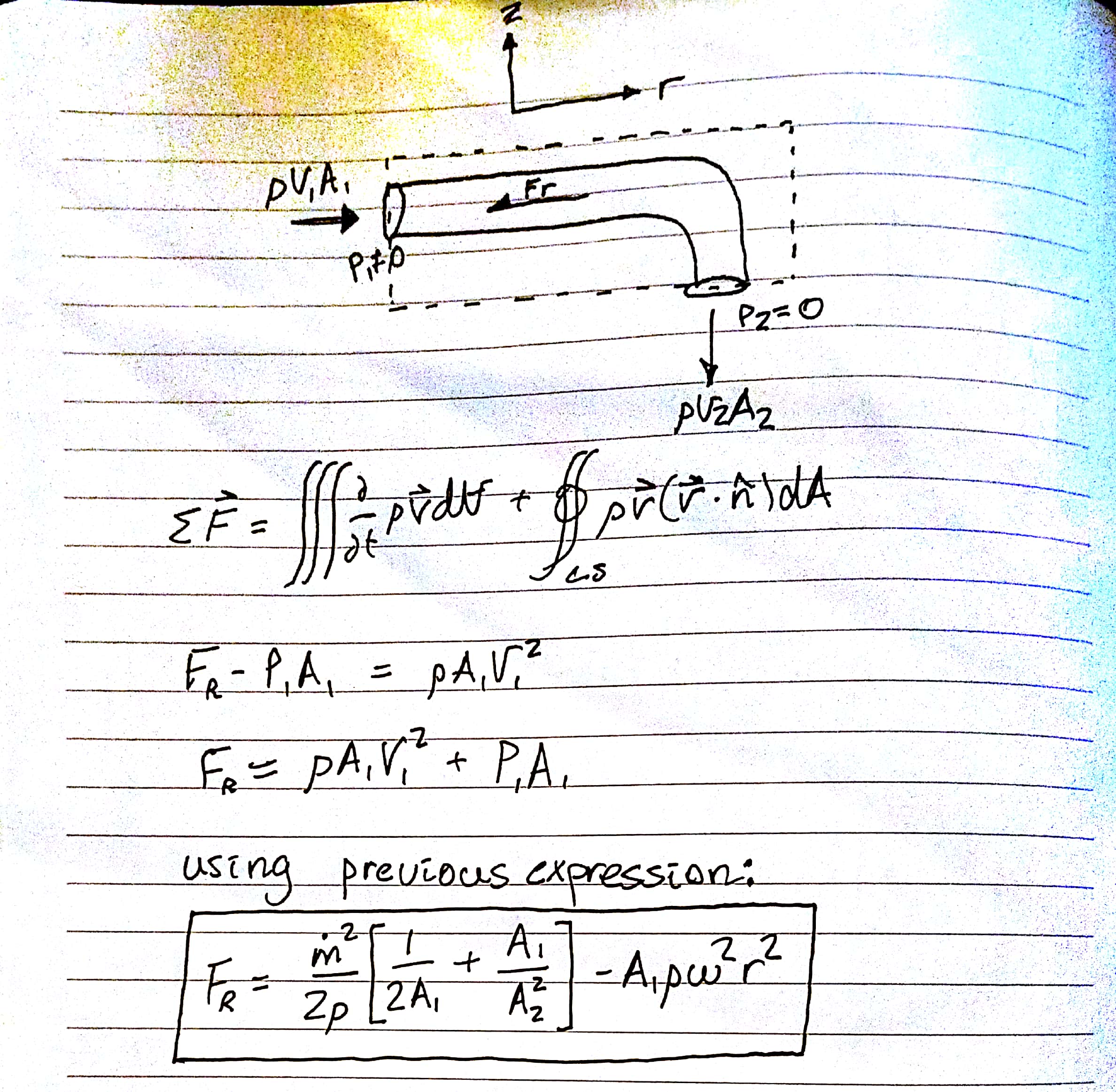 Not the answer you're looking for? Browse other questions tagged fluid-dynamics angular-momentum rotational-dynamics vectors computational-physics or ask your own question.

0
Is this a correct addition to a pipe friction loss calculation?
1
Vortex in a Pipe / Solutions or approximations?
0
Reynolds number and characteristic length for a rectangular object in a pipe
2
How long will it take for rotating spherical container full of viscous liquid to stop rotating when there is no gravity?
0
Pipe flow with solute precipitated at walls
1
Air velocity from a 5mm pipe
0
Laminar vs. Turbulent flow in a partially filled pipe