How do I solve this block-string system problem?

This was a problem in an examination paper that I was solving:

I need a little help here. Free body diagrams for the three blocks would help greatly.

When summing the forces on each mass, you only take into account the forces that are acting directly on them. So, the 40N doesn't get summed for the second mass because that mass only has T1 pulling it backward and T2 pulling it forward. Don't forget to sum the forces on the last mass and start combining the equations to solve. 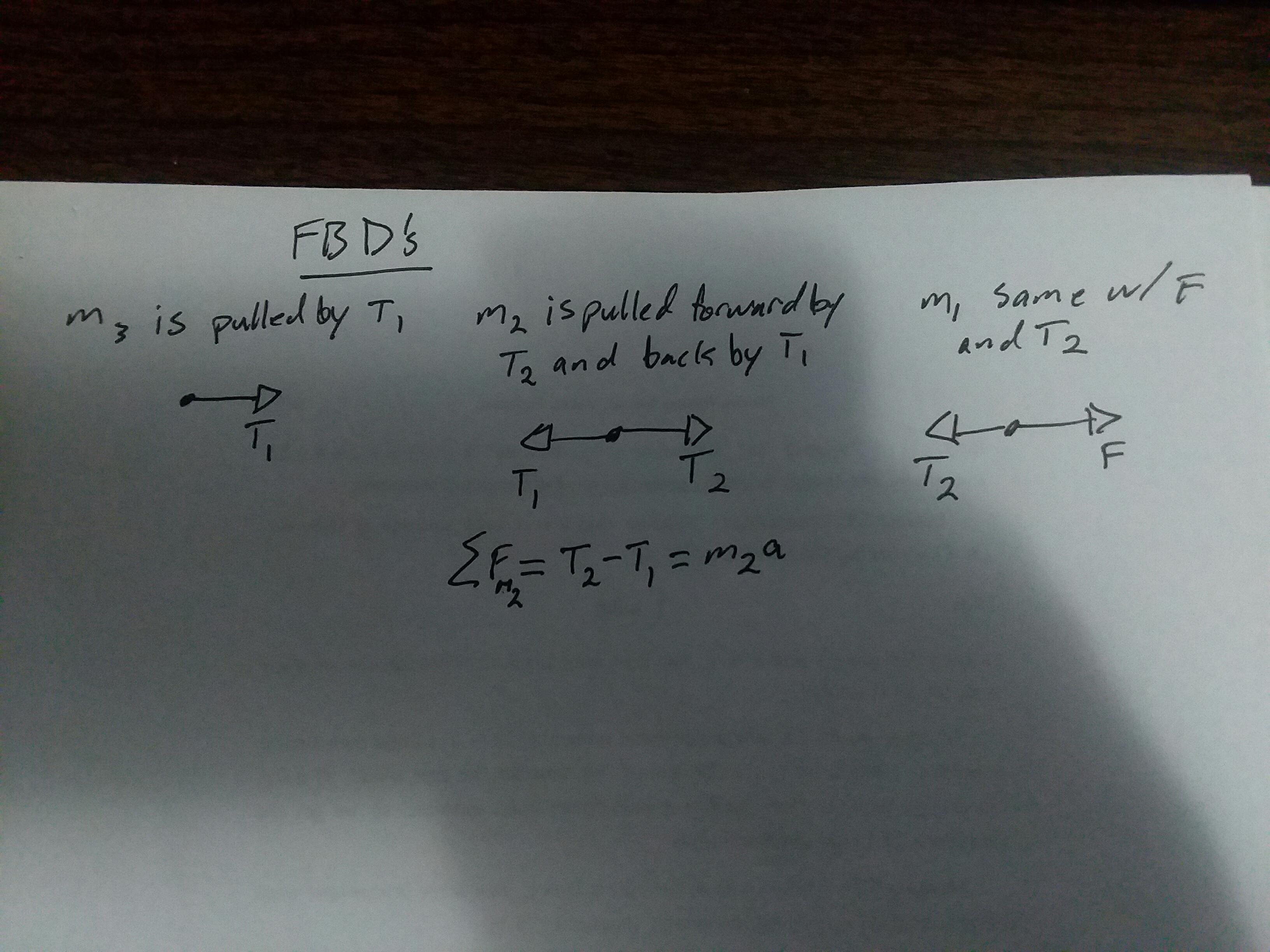 The forces shown on your diagram might well be there to help you but also thay seem to have confused you.
If you are going to use Newton's second law then first define the system you are considering and then draw the appropriate free body diagram.

The free body diagrams showing only the horizontal forces for the three masses and the two strings (each regarded as a separate system) are shewn below.

Forces b and c, f and g represent the forces on the two strings which, the the strings are assumed massless, are equal in magnitude and opposite in direction so the net force on each string is zero.

Because the strings are also assumed to be inextensible the acceleration of each of the masses must be the same.

However you can define your system in different ways.
If you take mass $m_3$ and mass $m_2$ as one system then the external force which acts on that system is force e of magnitude $T_2$ towards the right.
All the other forces a, b, c, d are internal forces and so do not need to be considered.

Likewise you could assume that your system consists of all three masses acted on by external force i, $(F)$.

A string pulls both the blocks attached to it with equal amounts of force . (Given by the Tension in the string .)

The illustration is a little confusing actually . The net force acting on the second block is T2- T1.

This result is only for a massless string

16
Block on a block problem, with friction
0
Two-block system acceleration when applying a force in the $x$ direction
0
Force exerted on three blocks
0
Tension in strings which accelerate 3 masses
0
Why is the tension on both sides of an Atwood machine identical?