Let's say we have a cylindrical uniform magnetic field which is varying with time at a constant rate. As the distance from axis increases, induced electric field or electromotive force (EMF) varies as 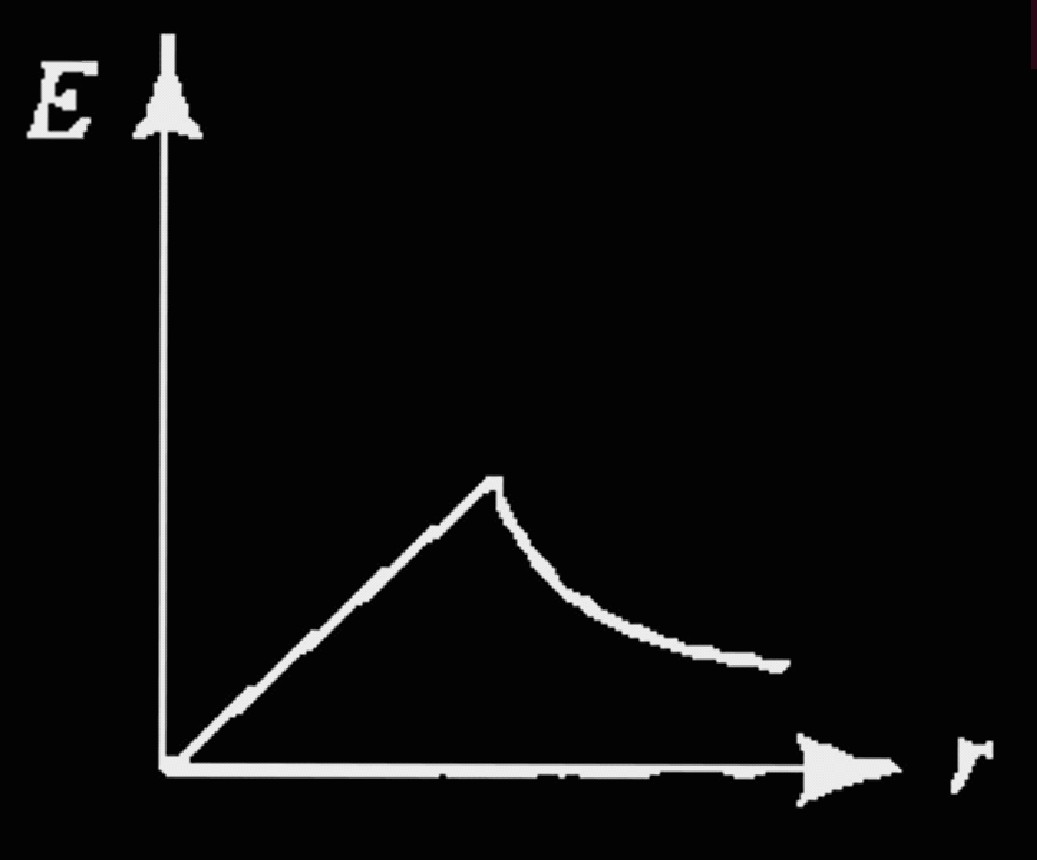 Generally, given the magnetic field as function of position and time, the Maxwell equations imply magnitude and direction of curl of electric field inside. This by itself does not imply that electric field will increase as a function of distance from the center axis.

But almost universally a specific boundary condition is implicit - the field is zero at infinity and it has to copy the symmetry of the system generating the field (surface current on a cylinder). So electric field lines will be circles concentric with the cylinder and the only way such field can have constant curl (has to be constant due to uniform change of magnetic field inside) is when electric field strength is proportional to radius.

Another way to look at this result is that the field is due to charges and currents inside the wall. The electric field direction and strength are partially determined by distance from the current element, partially by intensity and direction of the change in the current (acceleration of the charged particles).

There is magnetic field outside in any realistic approximation of this ideal system, like when we have tightly wound long solenoid.

Not really much similar. In our case, we have changing magnetic field inside due to changing electric current on the cylinder surface; this is unsustainable process, sooner or later the process of change of current and magnetic field will stop or reverse. In the sphere example you mention, the situation is static, the field will remain indefinitely, since nothing is changing.

Not the answer you're looking for? Browse other questions tagged electromagnetism electricity electric-fields potential inductance or ask your own question.