Variability of the orbital inclination of a black hole merger?

Asked a different way, what would the merger look like from an outside observer watching over billions of years? Would the orientation of the orbital inclination become extremely erratic, switching from horizontal to vertical and everywhere in between?

If neither of the black holes is spinning (or if their spins are (anti-)aligned with the orbital angular momentum), then the orbital plane will stay fixed for the entire inspiral. There will be some effect due to the galactic potential, but that will be minute and will act on time scales much longer than those typical for the inspiral. You certainly would not expect anything dramatic.

However, if the spins are not aligned with the orbital angular momentum all sorts of the crazy effects can happen. In the weak field the dominant effect will be that the orbital plane will precess around the total angular momentum. The associated time scale is long compared to the orbital time scale, but short compared to the inspiral timescale. This affects the gravitational waveform by introducing a modulation of the signal. No clear signs of such modulations have been seen in the observed GW events, which tells us that the effective spin (a combination of the spins of the two objects weighted by their masses) of the observed systems is fairly low.

Finally, in the strong field regime the precession time scale will become comparable to the orbital time scale and you can get some crazy looking orbits. For comparable mass binaries (such as observed by LIGO) this is not too noticeable, because at the same time the inspiral timescale also becomes similar to the orbital timescale and we can no longer really distinguish the effects from precession and the merger process. However, small mass-ratio sytems evolve much more slowly, and the crazy strong field orbits are much more apparent. Here is a picture of the an inclined orbit of a test mass around a spinning Kerr black hole: 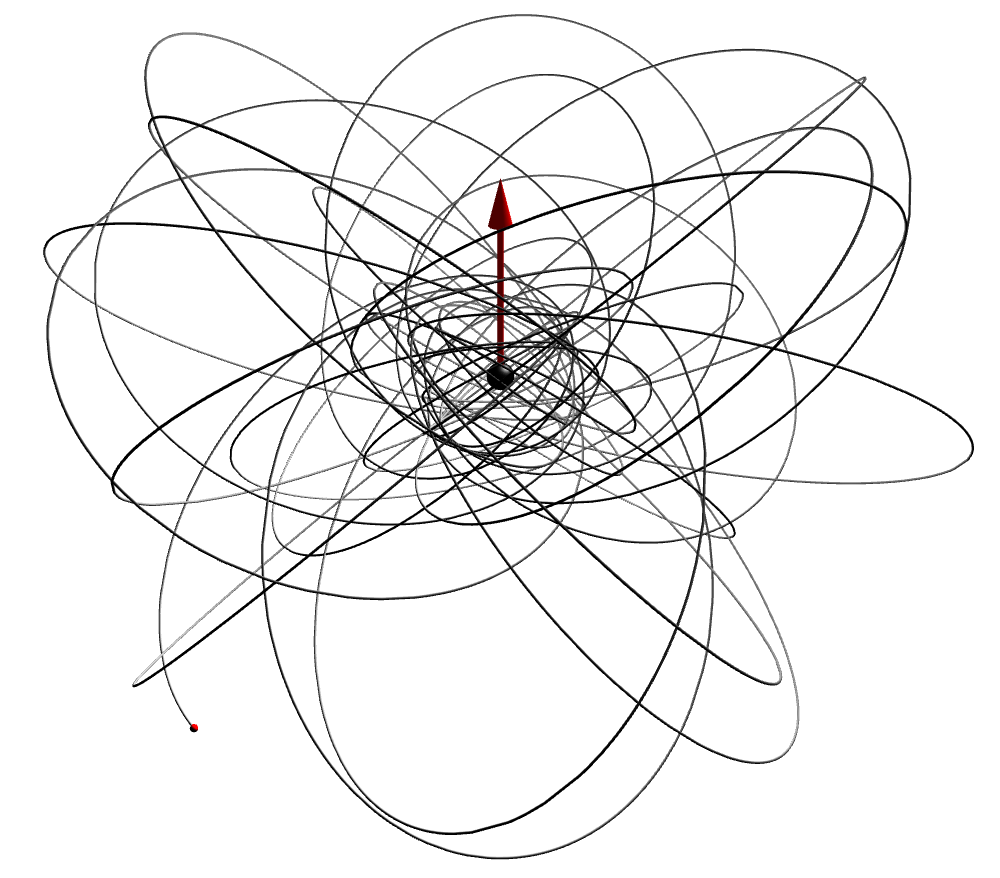 You can even get into "resonant" situations where there is some rational ration between the orbital frequency, precession rate, and rate of pericenter advance. This leads to pretty pictures like this: 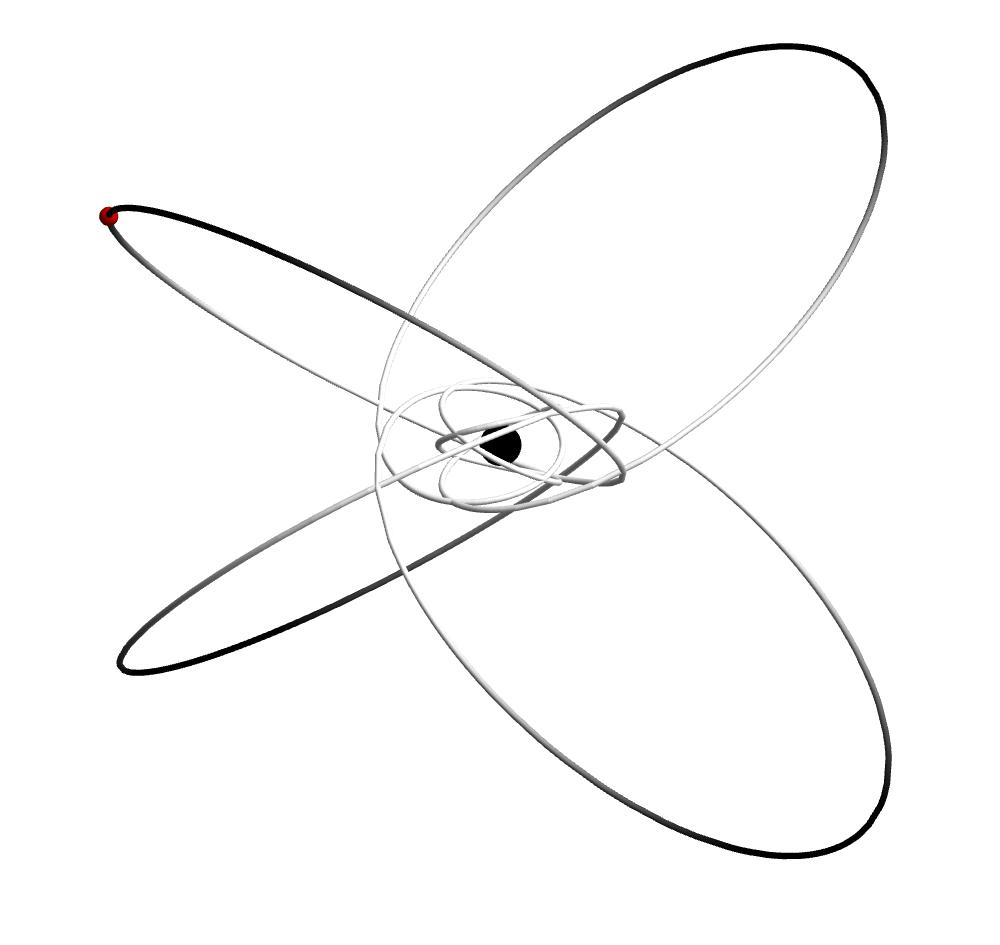 Not the answer you're looking for? Browse other questions tagged general-relativity cosmology black-holes orbital-motion ligo or ask your own question.