In the problem as shown below 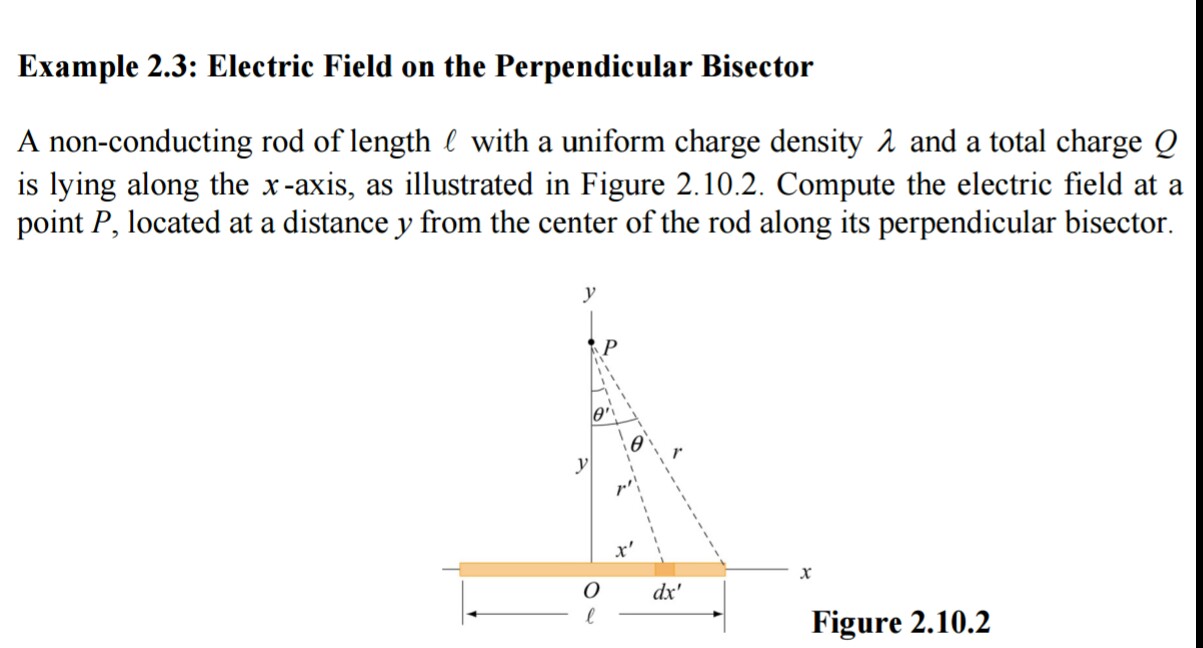 The electric field comes out to be

In the limit where $y\gg\ell$, the above expression reduces to the "point-charge" limit,

Then a graph is shown

This type of graph is very useful, and I applaud the text for doing this.

Among other things, the numerical values on the $x$ and $y$ axes are close to 1. Without this normalization the axes values might be around $10^{13}$ or $10^{-34}$ or anything at all ... depending on the length of the rod and the charge density. On a normalized universal plot the values are always around 1.

Most plots in professional publications are presented in this fashion.

The interest of this question is that it shows that most quantities have scales associated with them, and that there is some physics tied to the choice of this scale.

This gives you a way of comparing the field for the distributed charges to the field of a point charge since the quantity on the right is a multiple of the reference field $E_0$. For small $y/\ell$, the field is not like the field at a distance $\ell$ from point charge, and for large $y/\ell$ it isn't like this field either.

The limit $y/\ell\to\infty$ correspond to being very far from the stick. The field at such a large distance is expected to be $0$, hence it would be much smaller than the field very far away from an infinitely long stick, which itself is $0$.

Not the answer you're looking for? Browse other questions tagged electrostatics electric-fields approximations or ask your own question.

4
Force from point charge on perfect dipole
5
Approximations in simple pendulum
0
Electric dipole, error in calculation
3
Limit example in Zangwill "Modern Electrodynamics"
1
The electric field derivation from Liénard-Wiechert versus Griffiths are subtly incompatible
0
Is it possible to have a spherically symmetric constant Electric Field $\vec{E} = E_0 \hat{r}$?
4
Charged enclosed by the sphere
1
How to decide which way are the limits of an integral?