A question about twin frog paradox 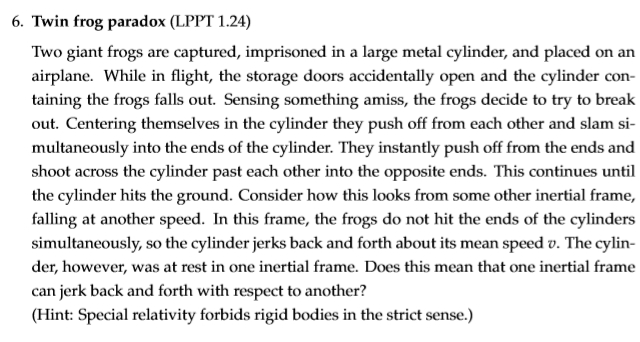 This is the Twin frog paradox. I have two questions. 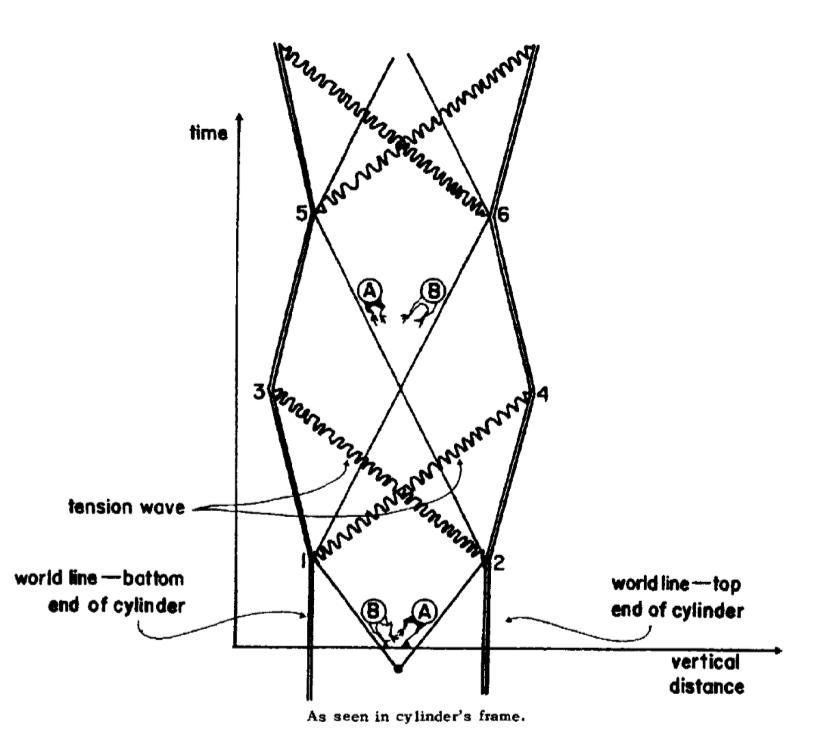 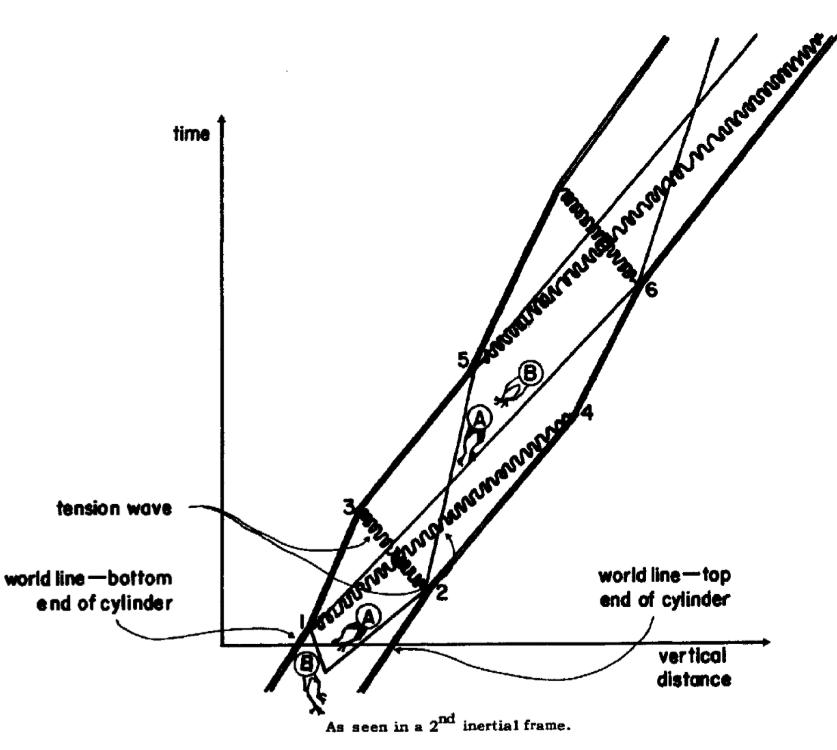 What he means by “there is no rigid body in special relativity” is that srt forbids the existence of any object that is not elastic to some degree. Of course, no such thing has ever been found or theorized. When you push on an object, the effect will normally travel at the speed of sound for that material, so there will be no effect, and no motion of that part of the object, until enough time has passed for the pulse to travel at the speed of sound to that location in the object. We don’t notice this in normal life because such speeds are very high, for example the speed of sound in steel is 5,000 m/s.

In the figures, the jagged lines are the effects from the frog collisions traveling down the length of the can. See in the top figure how they start when the frog hits that end and then through time go to the other end of the can, presumably at the speed of sound for the can’s material, which is very slow compared to the speed of light, and also probably slow compared to the relative speeds between the frame of the can and the other observer (I say this because the figures show significant relativistic effects and hence seem like the relative speed must be a meaningful fraction of the speed of light, which the speed of sound is not). I’ll explain the motion of the ends of the can in a comment to keep this shorter.

In all frames, the effects from the two frogs reach the center of mass at the same time even though one frog hits first.

any object can be observed in the frame to be elastic. What does this exactly mean?

It means forces at one end of a body are transmitted to the other side usually via EM interactions (the electrons bonding the atoms together). When you push on one side, it reacts and starts moving before the force is transmitted to the other side. For the body to be truly inelastic, both sides would have to move at the same time. This doesn't happen.

In the second frame, the pulses don't move through the medium at the same relative speed. So even though they don't begin simultaneously, they reach the center of the cylinder simultaneously. Neither pulse reaches the center before the other.

113
Is it possible for information to be transmitted faster than light by using a rigid pole?
27
Hole-and-nail paradox in special relativity