First, a brief introduction to provide the right context. I've been studying General Relativity with Ohanian and Ruffini's Gravitation and Spacetime. They introduce Kruskal-Szekeres coordinates for Schwartzschild spacetimes in Section 8.3 (Maximal Schwarzschild geometry) and show a spacetime diagram in such coordinate system: 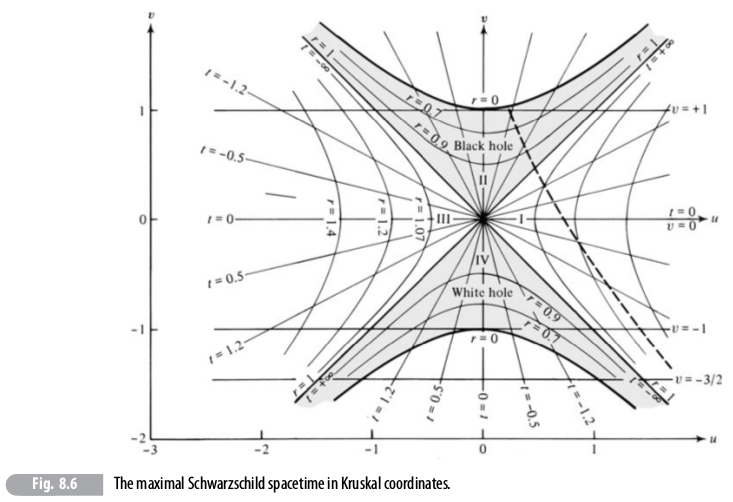 Then, somewhere later, it reads: 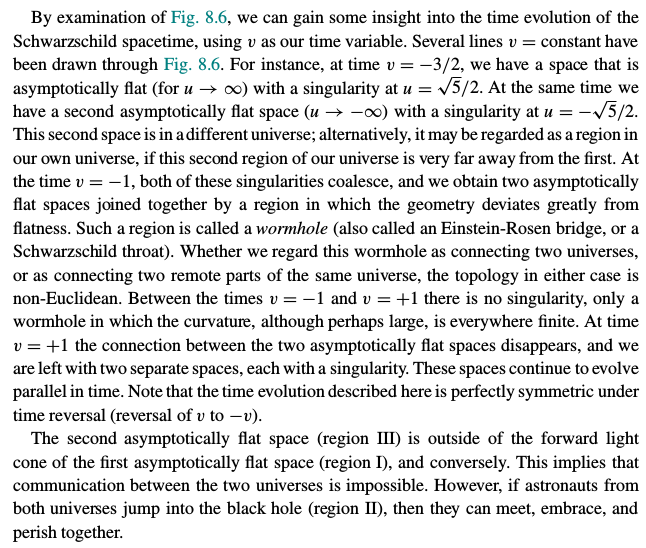 In particular, they say "This second space is in a different universe; alternatively, it may be regarded as a region in our own universe, if this second region of our universe is very far away from the first." and "However, if astronauts from both universes jump into the black hole (region II), then they can meet, embrace, and perish together." I'm not sure I got it right but I infer two possibilities:

Is this correct? If so, what are the implications? Should we expect an unidentified grow of the black hole's size as there would be invisible matter (from our point of view) from the other universe (or region of our own) falling into the black hole?

the same black hole exist in both universe

Should we expect an unidentified grow of the black hole's size as there would be invisible matter (from our point of view) from the other universe [...] falling into the black hole?

Not the answer you're looking for? Browse other questions tagged general-relativity black-holes coordinate-systems event-horizon singularities or ask your own question.