(Okay so this question might sound trivial to all of you smart physicists, but stay with me and provide your opinion)

I have been seeing a lot of videos recently on the internet about how you can make a generator using a DC fan and by glueing neodymium magnets all facing the same direction on the blades of the fan, . Whenever you place a large magnet next to it, the repelling force of the magnets would cause the fan to move in a constant motion and spin. The fan in motion would spin a motor and could generate small amounts of current.

A lot of physicists on the internet said that this is impossible and the videos are fake. I was curious and wanted to try it so I replicated the experiment and had no success. I don't know much about the physics of magnets, but wouldn't this "theoretically" work? I mean, you couldn't generate free energy from it according to the law of conservation of energy and mass, but is it possible to use magnets to cause a motor to spin? Why is it impossible?

If this method isn't possible is there perhaps another way that this could work? 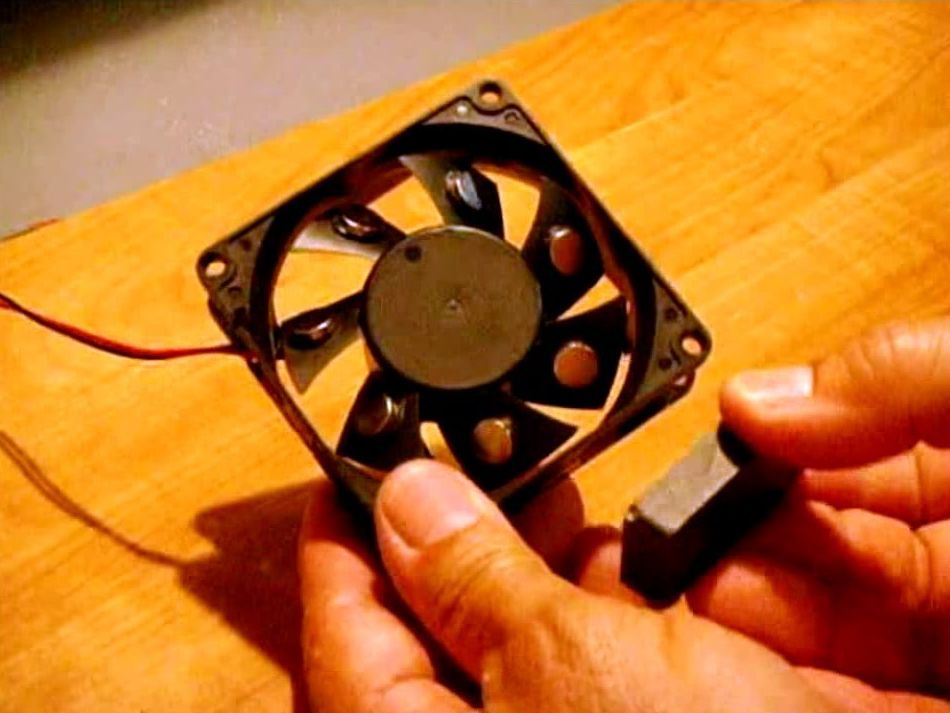 Props for actually trying it yourself! You basically answered your own question, though - it isn't possible because causing the fan to spin with a static magnet would violate conservation of energy.

The main problem is that if you get it spinning, each magnet spends some time attracted to the one in your hand and some time repelled from it. On average, it cancels out.

If you timed it right, you could get it spinning by moving the magnet in your hand. The energy required comes from the work you do with your hand, so there's no violation of energy conservation there.

to make a "free-energy" or "overunity" motor using permanent magnets only is physically impossible and the reasons why are well-known to everyone except the people who make youtube videos like the one you saw. furthermore, it is not possible either to get the idea to work by some other method- no amount of cleverness can overcome the basic physics in this case.

Not the answer you're looking for? Browse other questions tagged electromagnetism magnetic-fields conservation-laws or ask your own question.

8
How do 2 magnets spin by themselves if positioned precisely?
4
If you place a spring on a neodymium hard-drive magnet, it appears to vibrate in slow-motion. Why is that so?
9
Can I replace neodymium magnets with similar-size electromagnets?
1
Electric Motor Project Not Working
1
Electrons as tiny magnets
0
Drone's sufficient engine RPMs initiated by Magnetic Fields