how the force acts only along the length of the rod

Two small balls A and B each of mass m are joined rigidly to the ends of a light rod of length L as in the figure , the system translates on a friction less horizontal surface with a velocity v in a direction perpendicular to the rod , a particle P of mass m kept at rest on the surface sticks to the ball A as the ball collides with it.

I have seen that the light rod will exert a force on the ball B only along its length. 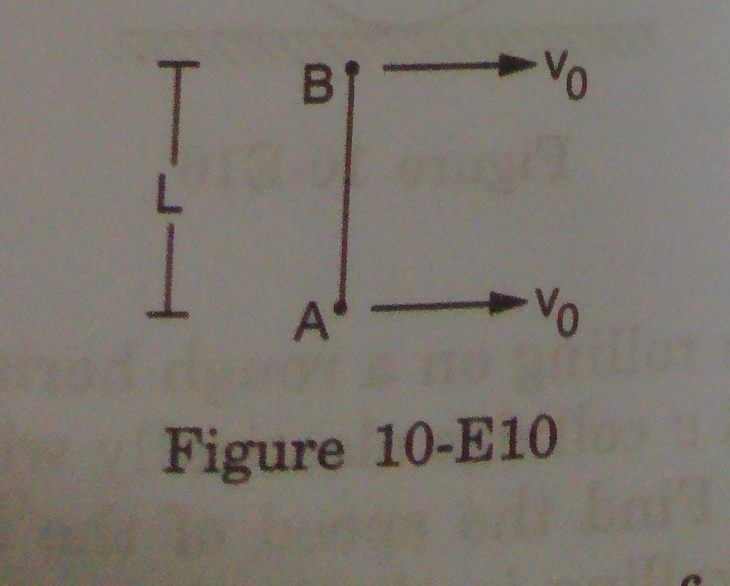 why the force is exerted only along its length

If one ball tries to move closer or farther from the other ball, the rod would either have to change length, or it would have to accelerate the other ball to move in the same direction. So forces along the rod are transmitted to the other ball.

But if one of the balls tries to move perpendicularly, the rod simply rotates around the other. As the balls are small and the rod is "light", we can consider that there is negligible moment of inertia that would have to be overcome, so no forces are involved.

In reality this is a simplified model, but it's useful. If you start applying forces to the rod at other locations though (like in the middle), then this doesn't work and the rod must apply forces to the balls in other directions.

and in what condition it can act in other directions

I have checked that this is also true in the more general case of balls with arbitrary masses $m_A$, $m_B$, $m_P$ and with A and B both initially moving with the same velocity perpendicular to the rod.

I don't have time at the moment and will release this restriction later and post the result here.

Not the answer you're looking for? Browse other questions tagged rotational-dynamics or ask your own question.

2
Can I make a rod in the vertical plane move with its one end on the ground in a slanting position?
2
Rotation of a system and conservation of angular momentum
3
Elongation of a rod hinged at the end