I was working on a modified version of this problem (which I solved): 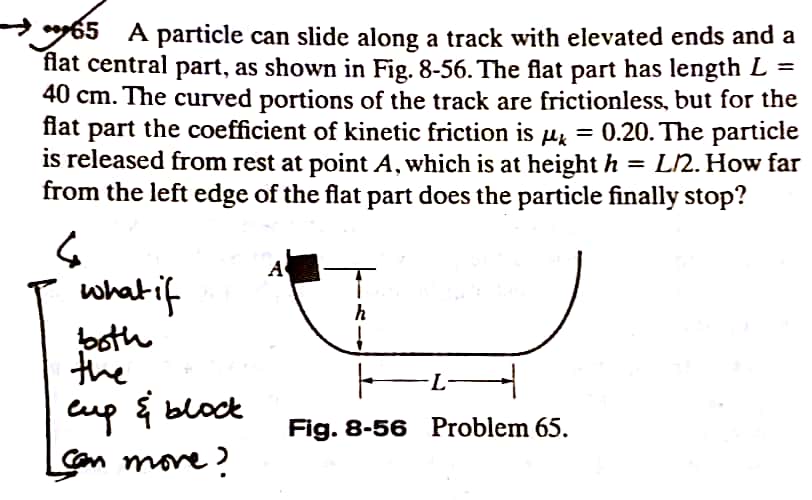 The modification is as follows: 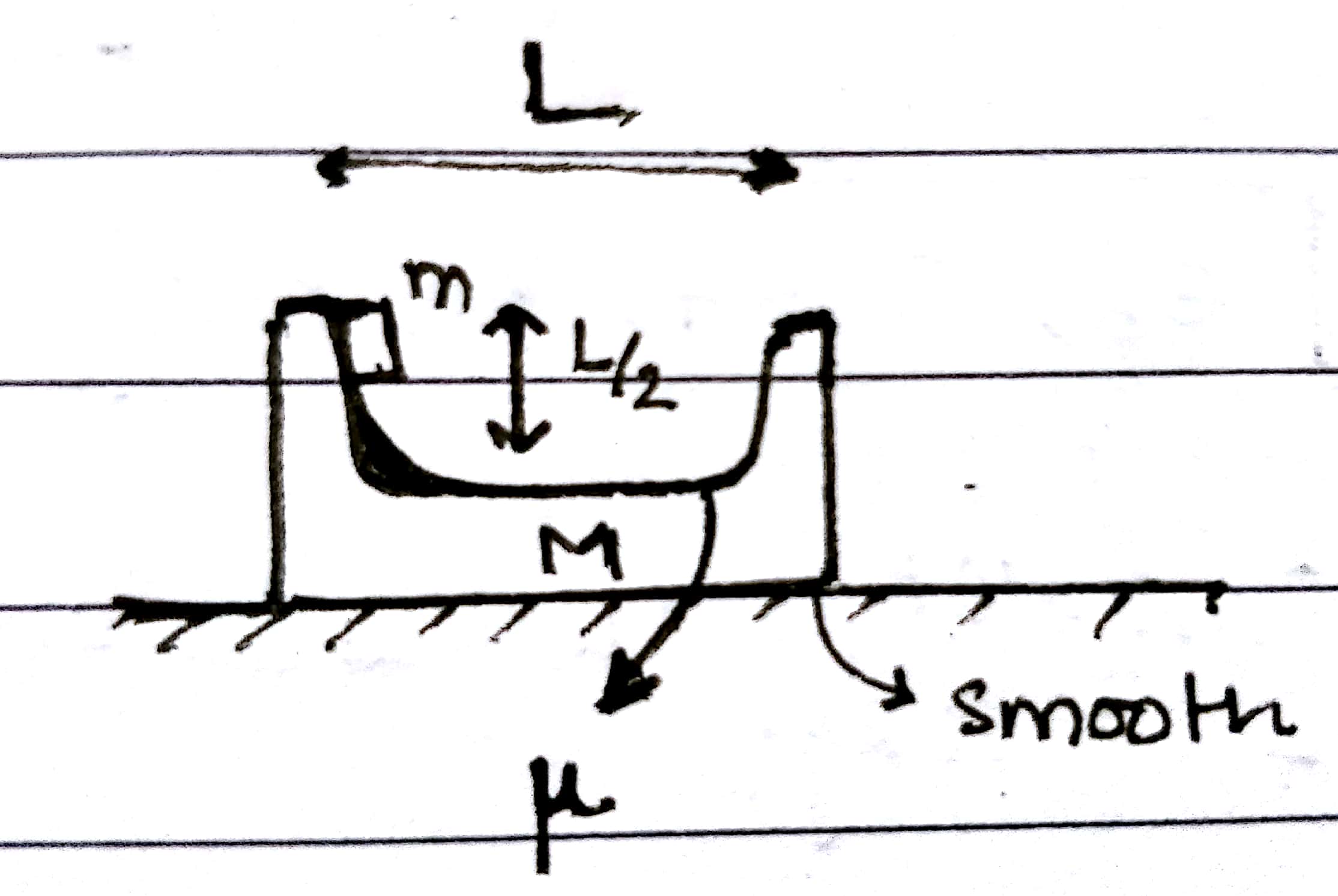 I tried approaching the question by analysing how the relative velocity of $m$ w.r.t. $M$ changes while travelling on the bed. But, the relative velocity changes at every instant as $m$ travels over $M$. Also, just using the location of the center of mass to be constant doesn't help since neither of the bodies' locations is known in the final state. However, the acceleration of individual bodies is constant throughout the motion, and this fact could be helpful.

I, therefore, tried the following:

Thus, the acceleration of $m$ w.r.t. $M$ is $\mu mg\cdot(1+\frac{m}{M})$. Subsequently, the work done by friction over a distance $d$ shall equal the intitial gravitational potential energy of $m$:

The final position of $m$ will now be fairly easy to calculate after plugging in the numbers.

But I am not sure if what I have done is correct since according to the work equation above, it is as if all the "relative" frictional force works only on $m$, which in relative terms makes sense but the energy dissipation part doesn't. Shouldn't we also take into account $M$? I am not able to resolve this suspicion by myself. It would be great if I can get an explanation for whether my approach and the answer was correct or incorrect and why. Also, an alternative approach to this question will be highly appreciated.

Both of these problems are about global energy conservation, not local forces, velocities, or accelerations. You have to dissipate the gravitational potential energy:

Because of friction, it cost energy to traverse a distance (relative to the sled-thingy):

where the work is to go a distance $x$ is

and the force is the frictional resistance:

The total distance, $d$, traveled is:

As @sammy gerbil pointed out in the comments, this is relative to the bed, not the absolute position of the block.

Not the answer you're looking for? Browse other questions tagged homework-and-exercises classical-mechanics conservation-laws friction potential-energy or ask your own question.

1
Work done by Static friction
0
Deriving gravitational potential energy using vectors
1
Rolling down an arbitrary hill with friction
0
Calculating final velocity of two colliding protons?
1
Consistent Approach for Calculating Work By Friction for Rigid Body in Planar Motion
0
A body rotating on a plane with friction, being pulled by another body