How should I think about voltage and power?

I have been extremely confused about exactly how to think about voltage (and power) when it comes to circuit analysis. In physics, voltage is just described as the energy required to move a unit charge a specific distance across an electric field, but that seems to be in free space and my physics teacher didn't really apply it to a circuit. For a circuit, he described it as a difference in electric potential energy per unit charge between two points, which "pushes" charges. I am a bit confused as to why increasing the difference in potential energy per unit charge manages to push more current. If I am dumping a bottle of water out into a sink, moving the water bottle up and down as I am dumping it won't make the water come out of the bottle any faster or slower, even though I am technically changing its gravitational potential.

I am also confused when we talked about power. Power is described as $P = VI$, but if we have a circuit with three resistors, and, without changing the voltage of the source, have 1 resistor with the equivalent resistance, it obviously dissipates more power as heat, despite the constant current through the circuit. But why? Why does potential energy per charge between two points translate to thermal energy? I thought that if voltage was a push, the potential energy would just get converted to kinetic energy in the electrons, so where did the thermal energy come from?

So, what is the best way I should conceptualize what's happening here? I can analyze a circuit and do KVL and KCL and Ohm's law and all that, but I want to actually know what I'm doing when I do that, so can someone please give me a good way to think about everything? 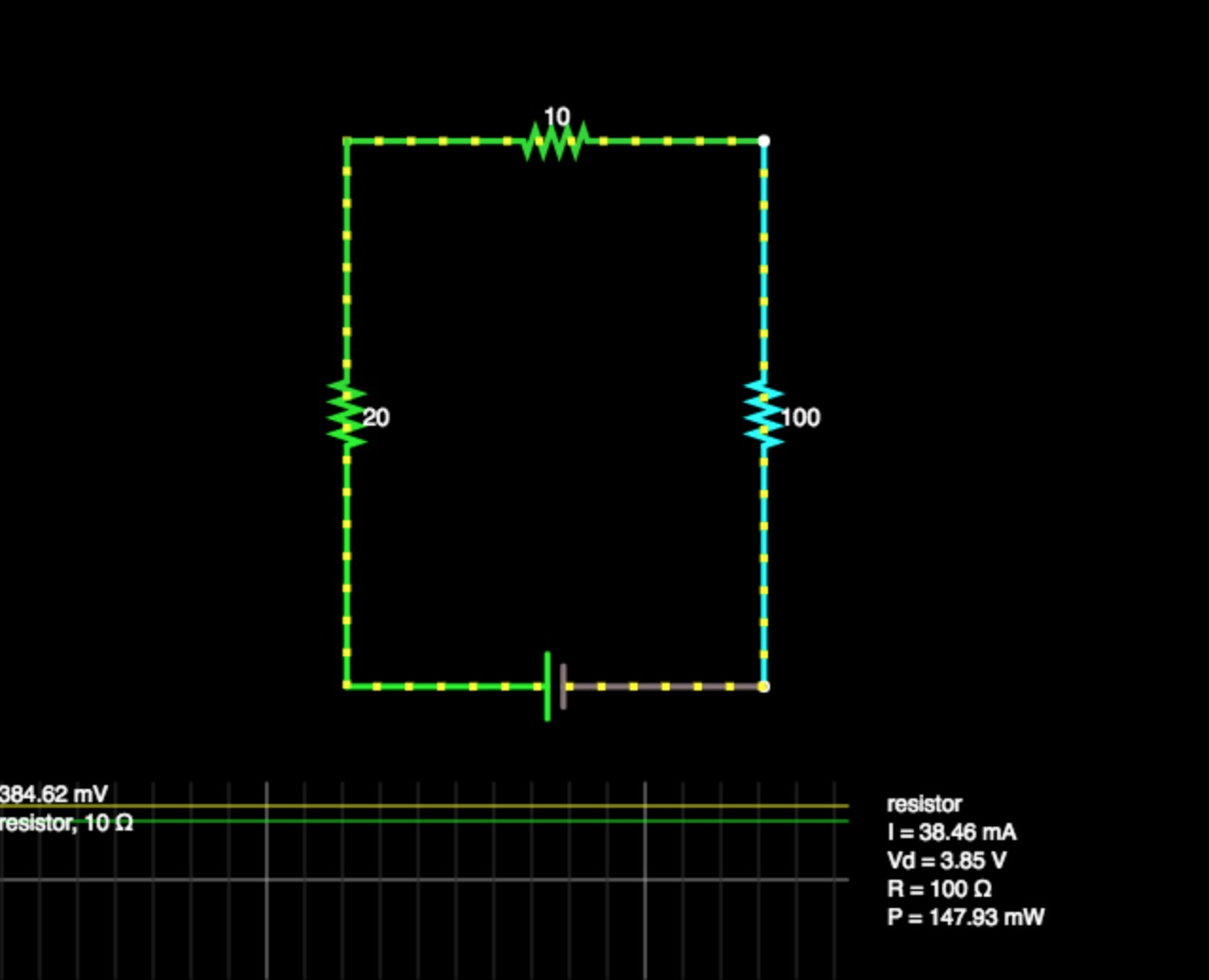 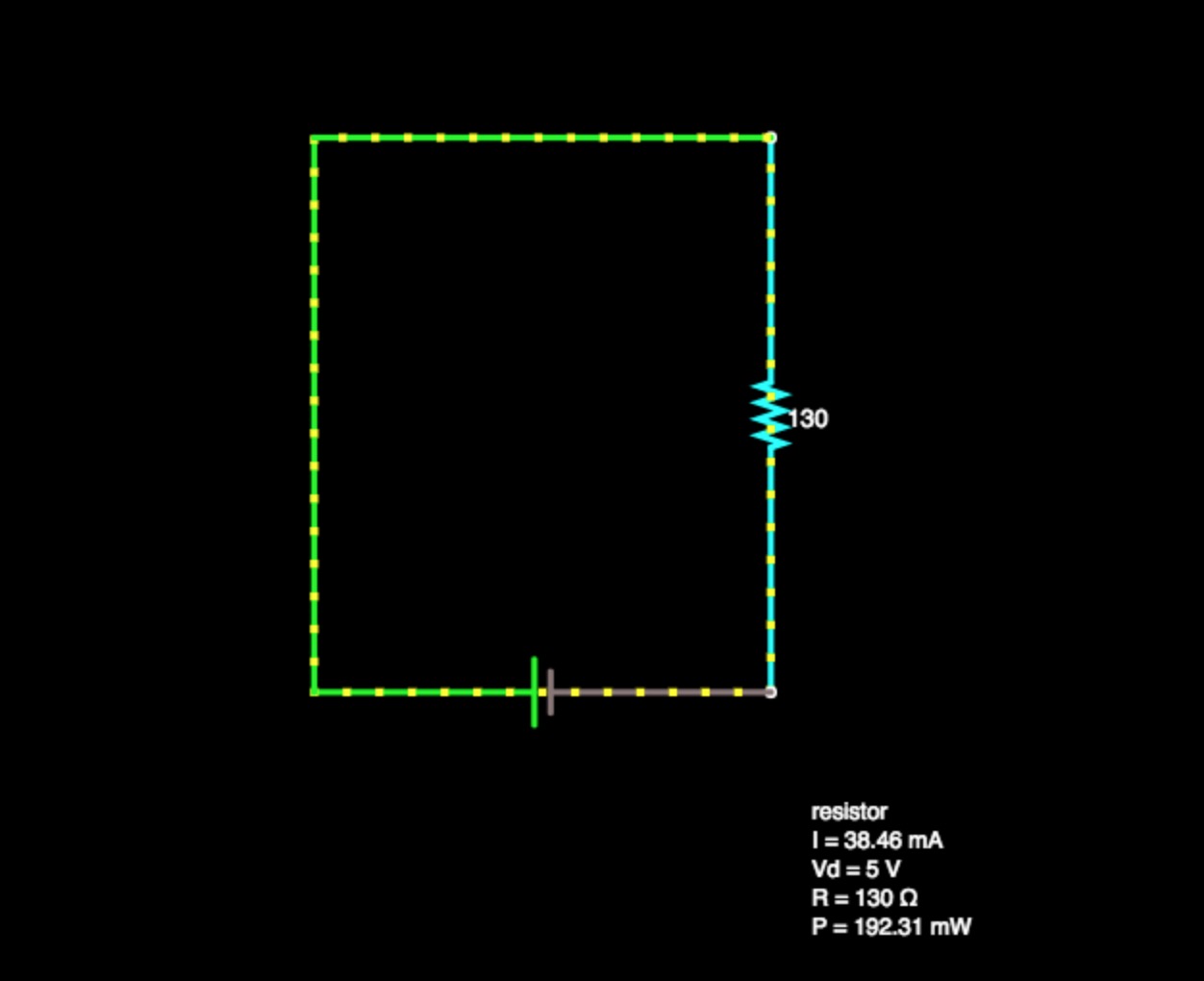 I admire your determination to understand, and your line of questioning. I'll try and address one or two of your points.

First of all potential difference in free space in an electric field. I prefer to define pd between two points, P and Q, as the work done by the electric field on a charge, per unit charge, as it goes from P to Q. So a greater pd between the points implies more work done on the charge as it goes from P to Q, which can only mean a greater electric field strength, that is a greater force acting on the charge. [Work = Force x distance in direction of force, and we're considering the fixed distance between P and Q.]

So if you apply a pd between the ends of a wire, the free electrons in the wire experience forces, urging them to travel through the wire. Because of collisions between the electrons and the lattice of ions (this is simplified) the electrons don't accelerate continuously under the force from the electric field, but reach a steady mean speed (called the drift speed). If you increase the pd you increase the force on each electron and the drift speed increases. This means that more electrons pass through any cross-section of the wire per second, that is the current increases.

Jumping now to the end of your question: "Why does POTENTIAL energy per charge between two points translate to THERMAL energy? I thought that if voltage was a push, the potential energy would just get converted to kinetic energy in the electrons, so where did the thermal energy come from?"

(1) Voltage isn't "a push"; its units are joules per coulomb! But, as I tried to explain above, it is related to the push (that is the force) that charges get in an electric field.

(2) The thermal energy comes from the collisions that the electrons, driven by the electric field and losing electrical potential energy, make with the lattice of ions. This increases the random vibration energy of the ions. [The extra kinetic energy that the electrons acquire due to the voltage applied is pretty negligible. For a current of a few ampère in an ordinary wire, the drift speed is in the order of a millimetre per second.]

if we have a circuit with three resistors, and, without changing the voltage of the source, have 1 resistor with the equivalent resistance, it obviously dissipates more power as heat.

More power than what? It dissipates the same power as the three smaller resistors combined.

I know this is very old, but I'd like to reply to the analogy about a water bottle.

The reason the water doesn't flow any more quickly or slowly when you move your bottle up and down is because of the size of the Earth and how close we are to it. The gravitational force equation is $F_g= \frac{G.m_1.m_2}{r^2}$. You can see from this equation that the force would in fact vary with distance. But, since the radius r is taken from the center of the Earth, which is so huge compared to your distance from the surface, the force changes so incredibly slightly we don't even notice it. Because of this, for situations on Earth, we can just use the radius of Earth for r, without taking into account how far above the surface the object is. That means we can lump G, $m_1$ (Earth), and $r^2$ into one constant- which turns out to be approximately $9.81 ms^{-2}$. And that's why that value is known as the acceleration due to gravity on Earth. Technically, it does vary with height, but so little it makes no noticeable difference. The same isn't true about voltage in most situations.

Not the answer you're looking for? Browse other questions tagged electric-current electrical-resistance voltage power batteries or ask your own question.