Why does air resistance affect projectile motion in the way it does?

A projectile's trajectory is only parabolic in the first place because the force is constant in magnitude and direction.

Air resistance is not constant in magnitude or direction, so once you include air resistance trajectories can't be parabolic any more.

As for why it's steeper on the way down, a good way to visualize this is to imagine something where air resistance completely dominates: a feather, for instance. If you throw a feather at a high speed, it very quickly loses virtually all of its momentum to air resistance, after which it begins to fall at terminal velocity. As a result, it falls straight down, whatever its initial trajectory was.

You can imagine making a projectile smaller and smaller. For a large projectile, it has a parabolic arc. A very small projectile has effectively a linear rise and a fall straight downwards. A projectile like a baseball hit off a bat is somewhere in the middle: the fall is steeper than the rise, but not straight down.

I'll start by pointing out the (maybe obvious) implication here that the object has the same drag coefficient in the x and y directions. This often isn't the case; consider objects like paper airplanes which can travel with a much more shallow slope as they fall and they are able to reorient themselves.

Lets consider the ideal case of an object where drag is the same in all directions.

It's applying more force the faster it goes. Because the x component has no force on it, it must diminish over time, while the y component will always reach a minimum value greater than zero because there is an opposite constant force of gravity applied. It's this balance of drag and gravatational acceleration that leads to terminal velocity.

Drag (force) is proportional to speed:

Since there is damping in the $x$ component, it is expected that the projectile will have a lower range comparing to the frictionless situation.

Regarding the $y$ component, the assumption here is that the object won't reach a high height as it could, since weight and drag act on the object to slow it down, but on the $x$ component only drag exists, that is way the curvature on the ascending case goes more to the right ($v_x$ isn't reduced as drastically as $v_y$ is).

But even though $v_x$ wasn't reduced as drastically as $v_y$, the drag on that direction won't allow the rocket to travel much further after reaching it's maximum height, making that steep curvature on the way down (gray case): 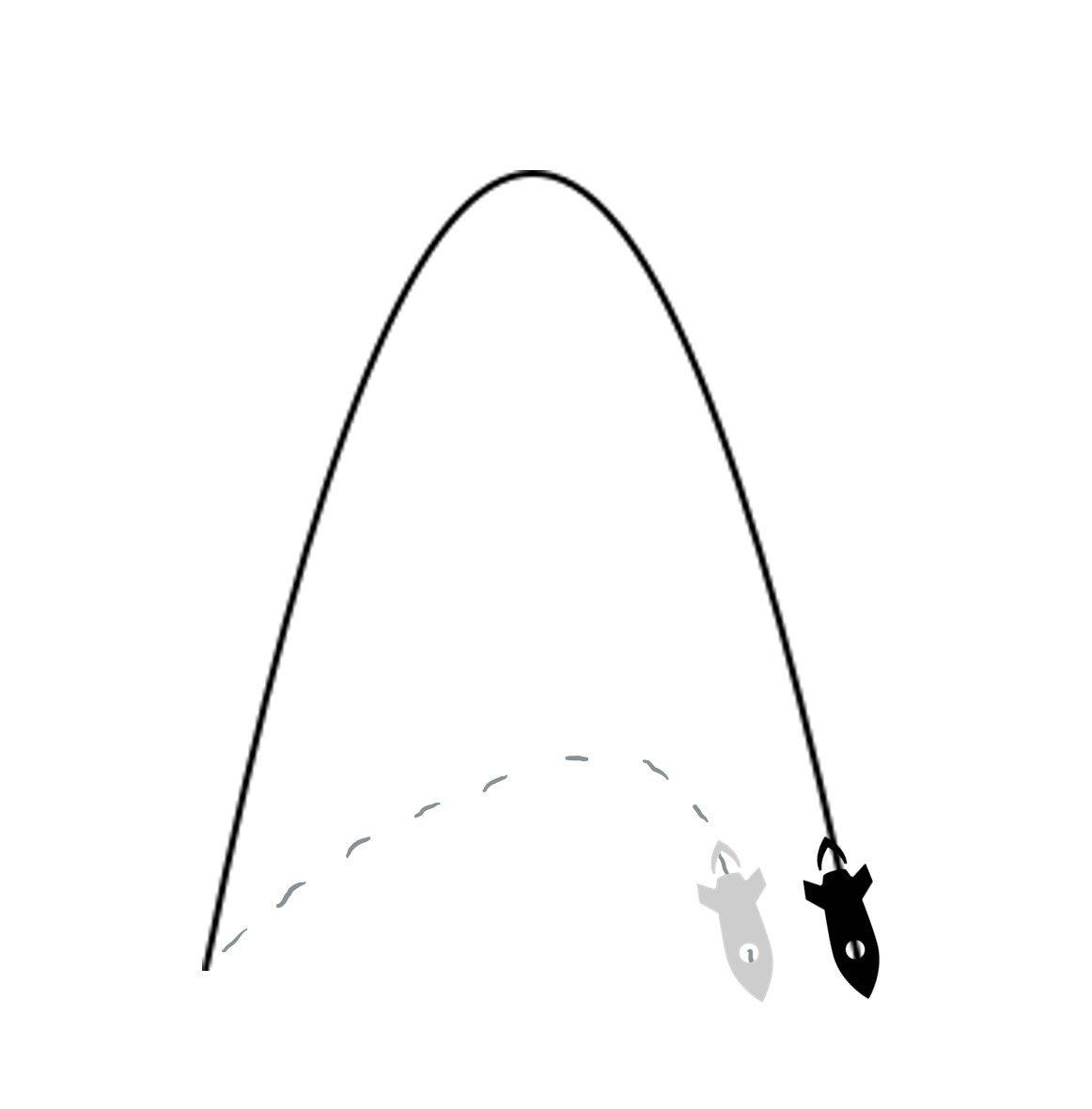