Point spread function (PSF) describes the volumetric image of a point light source in the object space. But in practice, we measure the PSF by moving the light source (the fluorescence bead) and fixing the CCD. Are these two equivalent?

A simple illustration of my question is described as follows. This first is the designed object and detector. The second one means the object is shifted(which causes defocus). And the third one is the shift of the detector. My question can be simplified to, can it be proved that in the second and third case, the detector get the same image? 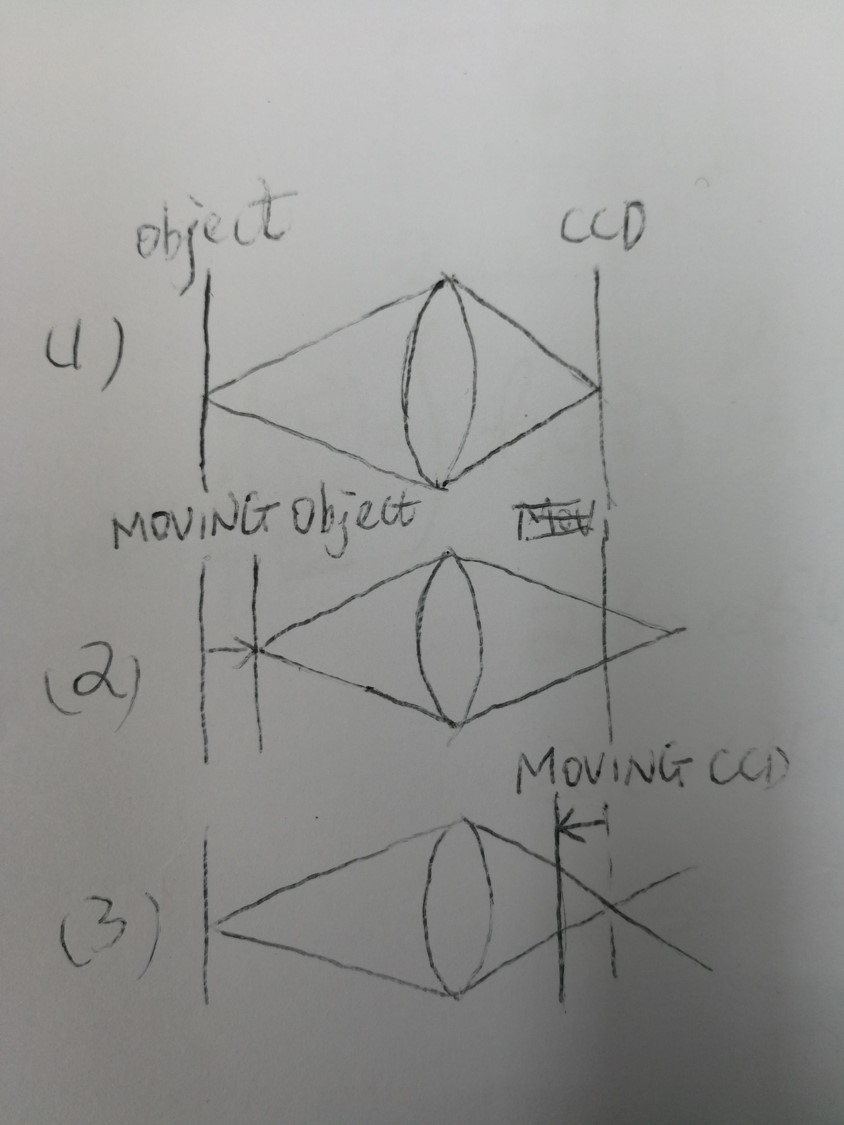 Hence, it is absolutely OK to use the measured PSF to do deconvolution.

Each relative position will yield its own PSF. If they are all the same then the CCD camera is isoplanatic (spatially invarient).

Not the answer you're looking for? Browse other questions tagged imaging or ask your own question.

4
How to produce a loss-free combination of two “identical” beams?
2
Can a point source be located more accurately out-of-focus or in-focus?
0
Encoding multiple images in 1 beam
1
Image formed via a converging lens when the object is placed at focal point
5
What is the theory behind imaging a precision pinhole?
4
Infinity Corrected Microscope Fourier Optics paradox?