After the duality revolution, we learned about the important role of both, black p-branes and p-branes. However, sometimes their fundamental definition is confused in the literature. I mean the following:

That's an excellent question. Indeed, despite plenty of interesting relations, there is a crucial distinction between fundamental and black branes, and the standard informal string theory literature does tend to blur this distinction. Of course a key reason is that an actual non-perturbative theory that would allow to precisely phrase the relation has been missing.

Here is a snippet from Table 3 in the article, showing two such cocycles exhibiting "bound states" of black and fundamental branes: 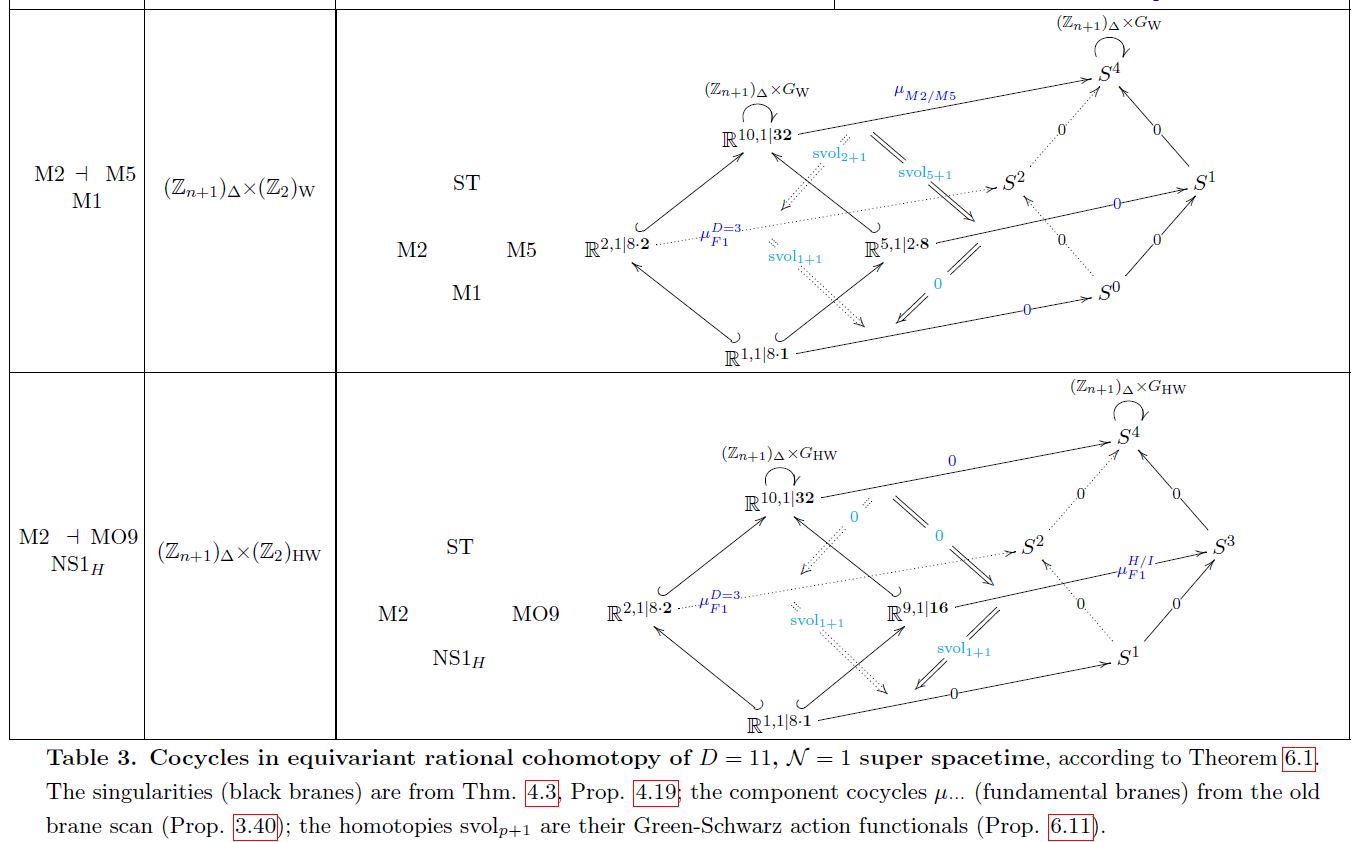 See also the discussion in Example 2.10.

Not the answer you're looking for? Browse other questions tagged gravity black-holes string-theory branes or ask your own question.

12
Steps for going from Polyakov action to low-energy effective action (SUGRA?) in String Theory
8
Is it possible to derive the brane action in pure supergravity?
7
Renormalizability of the Polyakov Action
3
Can a D-brane be closed and contractible?
3
Blackhole microstate counting
0
Does $S_P \geq S_{NG}$ hold off-shell?
4
Are static black holes solitons?