Is it possible to charge photons

For example there are anti-particles to every particle we know,

Similary in some sense, is there a possibility that we can charge photons..if not what are the reasons and has there been any attempt to do this experiment ? If it is possible to bend it than why not charge ?

At the particle level the verb "charge" has no definition. Charge cannot be added to a particle. 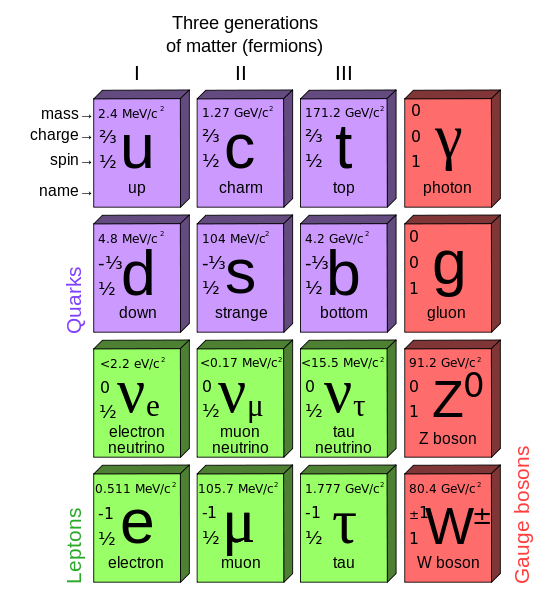 That is why it is called a photon and not an electron.

If it is possible to bend it than why not charge

That it can change direction ( bend) is a kinematic effect and controlled by the equations of motion. The quantum numbers are intrinsic and unchangeable in the definition of each particle.

I think the closest thing to charged photons you are going to find, at least currently, are "gluons". And you will be happy to know that they come with different combinations of three charges. These particles are spin-1, massless, (just like the photon), and are charged. They are responsible for the strong interaction in the standard model, and show up the most in the study of Quantum Chromodynamics (QCD). For some more information see Gluon here for a brief overview.

Not the answer you're looking for? Browse other questions tagged photons visible-light charge or ask your own question.

0
Is it possible to give photons an electric charge?
2
If photons can be absorbed by electrons, wouldn't that mean light has a charge?

11
How to tell whether photons are entangled?
2
Is it possible for the phase of electric charge to change over large general relativistic distances?
0
Photons can be regarded as particles?
2
How do single photons travel from here to there
0
Is the double slit experiment performed measuring single photons?
59
Do photons bend spacetime or not?