Strange ice found in my garden

This morning I found a really strange ice formation in my garden. I can't figure out how it appeared, because there was nothing above. The night was particularly cold (Belgium).

To give an idea, it has the size of a common mouse (5 cm of Height and 2 cm for the base of the inverted pyramid). 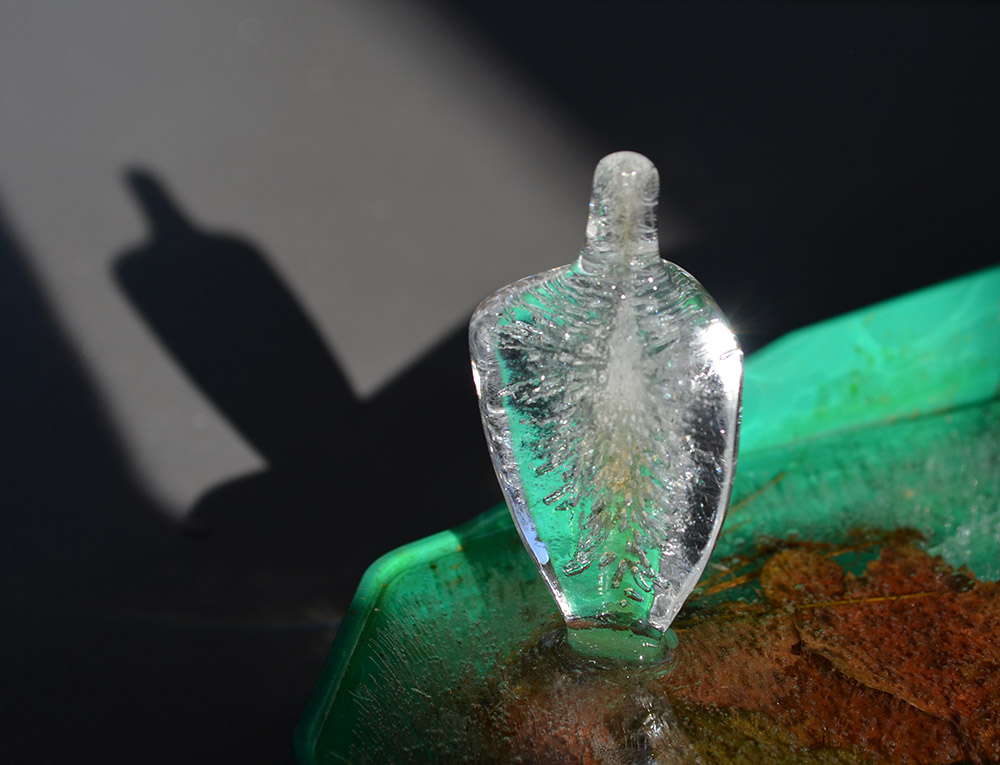 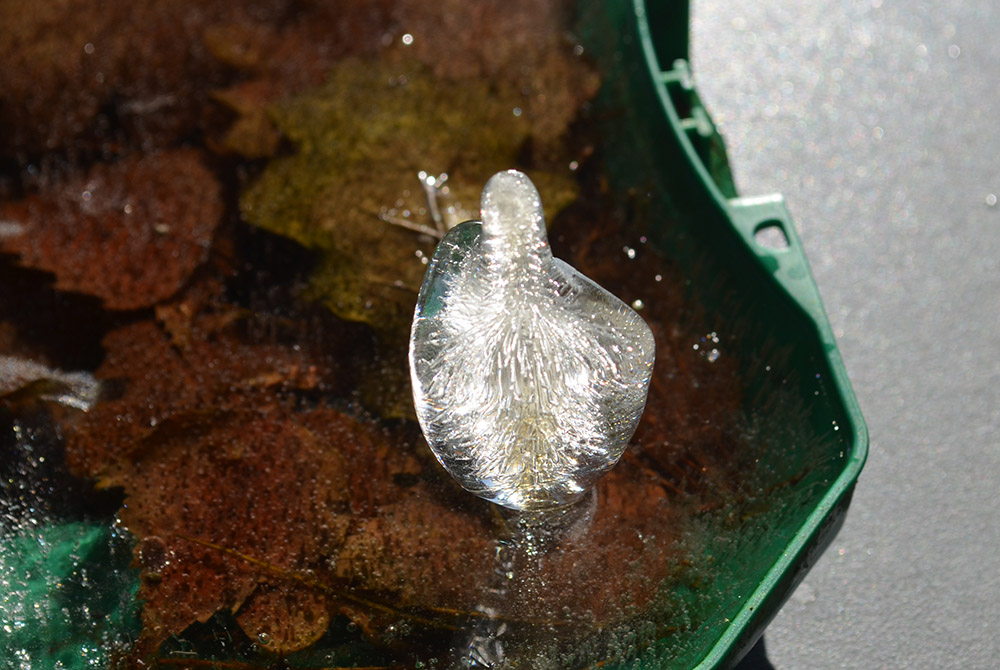 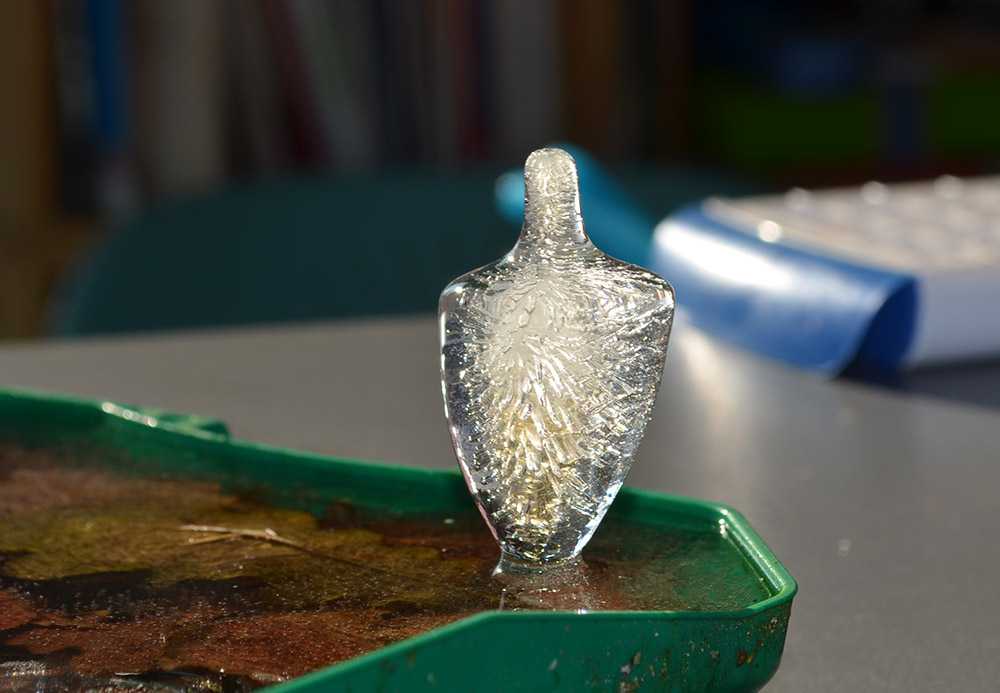 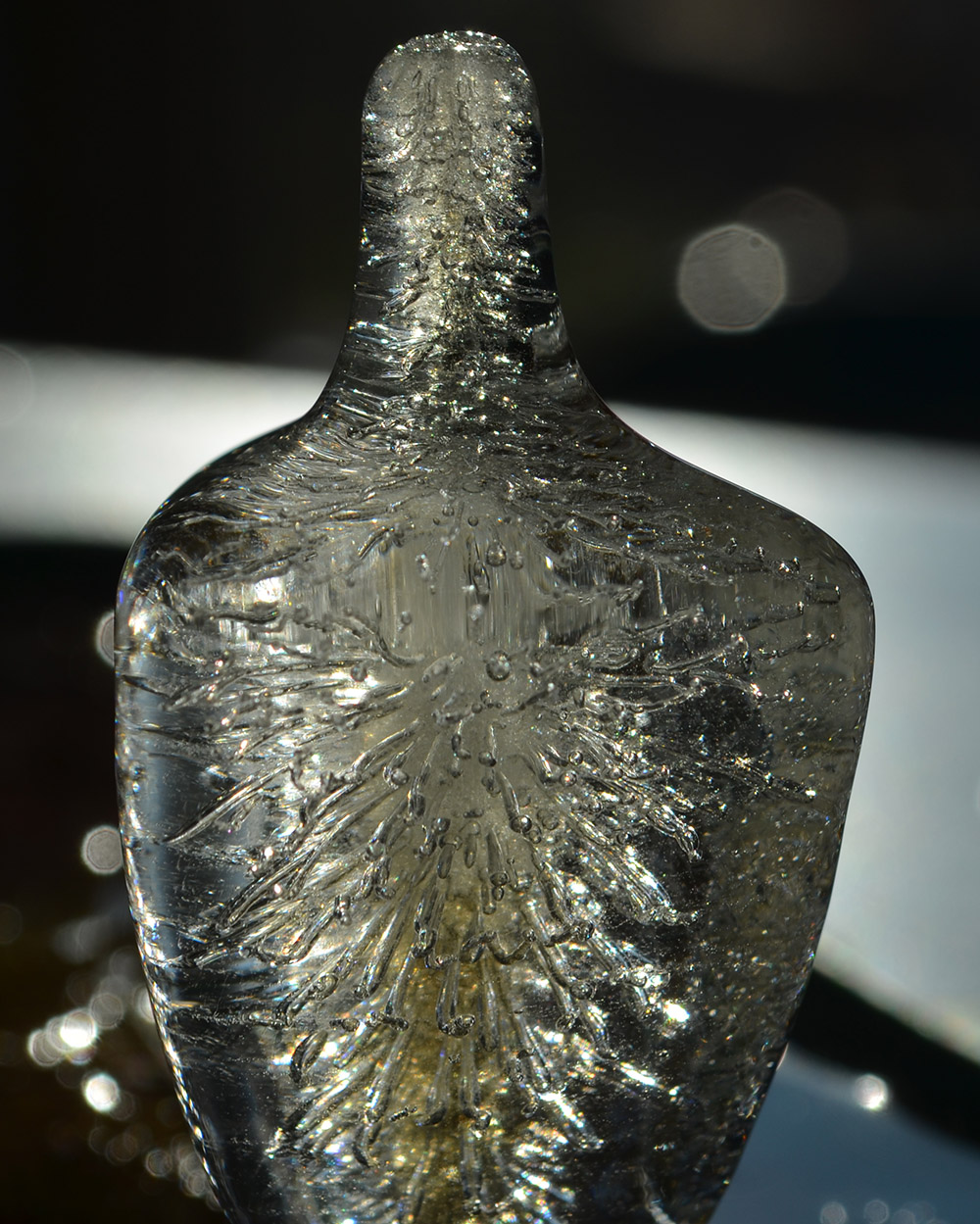 The Bally-Dorsey model of how it happens is that first the surface of the water freezes, sealing off the water below except for a small opening. If the freezing rate is high enough the expansion of ice under the surface will increase pressure (since the ice is less dense than the water and displaces more volume), and this forces water up through the opening, where it will freeze around the rim. As the process goes on a spike emerges.

If the initial opening or the crystal planes near it are aligned in the right way the result is a pyramid rather than a cylinder/spike.

The process is affected by impurities, the water has to be fairly clean. It also requires fairly low temperatures so freezing is fast enough (but not too fast).

Not the answer you're looking for? Browse other questions tagged everyday-life water phase-transition crystals ice or ask your own question.

16
Ice cube left in water at 0 °C for a thousand years
17
Do all phases of ice look the same visually?
27
Freeze water in red-hot container
3
Frozen lake ice formation
0
Will a vinegar and water mixture prevent ice from forming?
66
Why was water freezing almost instantaneously when shaking a bottle that spent the night outside during a frosty night?