Ask Question
Asked 3 years ago
Active 3 years ago
Viewed 918 times
1
$\begingroup$
This question already has answers here:
Why does ice have a lower density than water? (4 answers)
Besides water, which substances are less dense as solids than as liquids? [duplicate] (1 answer)
Closed 3 years ago.

Why is the hydrogen bond different from other bonds that allows ice to float in water rather tan sink. I don't want the math. I want the reason that bond is different than the rest. Why, not how.

The reason is that when in crystalline form, water molecules are arranged in a tetrahedral structure kept together by hydrogen bonds (see figure below). 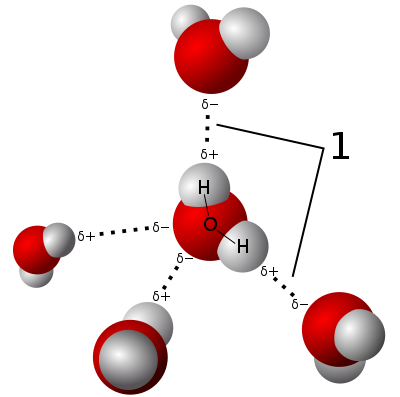 This structure results in an increased average distance between water molecules, as shown in this schematic representation: 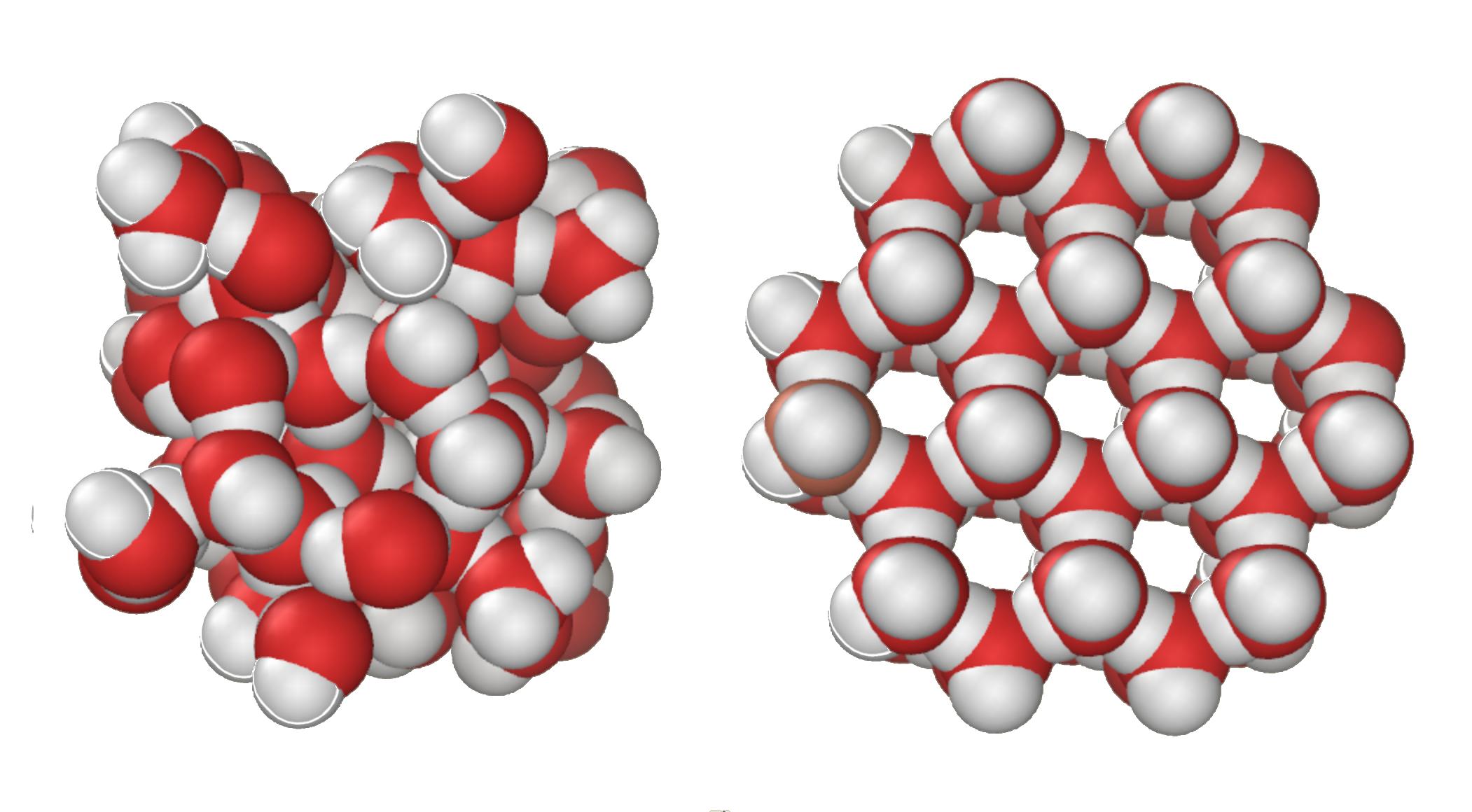 This peculiar property is shared by other substances with a tetrahedral solid structure, like silica (SiO$_2$), and also by some elements like Si, Ga and Ge. Notice that the crystal structure of Si and Ge is the fcc diamond cubic, which also has a tetrahedral coordination (figure below):

It seems therefore that a crystal structure with a lower density than the corresponding liquid is favored by those elements/compounds with a tetrahedral coordination (Ga being an exception, with its orthorhombic structure).

Note that however that hydrogen bonds or tetrahedral coordination are not sufficient to have this property, as you can see for example from the fact that there are some high-pressure ice polymorphs, such as ice II, ice III, high-density amorphous ice (HDA), and very-high-density amorphous ice (VHDA), with higher density than liquid water. Many factors contribute to this effect, and there is no general easy rule.

Not the answer you're looking for? Browse other questions tagged water density states-of-matter liquid-state or ask your own question.

19
Why does ice have a lower density than water?
18
Besides water, which substances are less dense as solids than as liquids?