Resistance is defined as $R = \frac{U}{I}$. If Ohm's law holds, $U(I)$ is a linear function and the slope of the curve is equal to the resistance $R$.

I realized only recently that if $U(I)$ is a non-linear function, the slope of the function is no longer equal to the resistance as defined above. We then have two kinds of resistances: 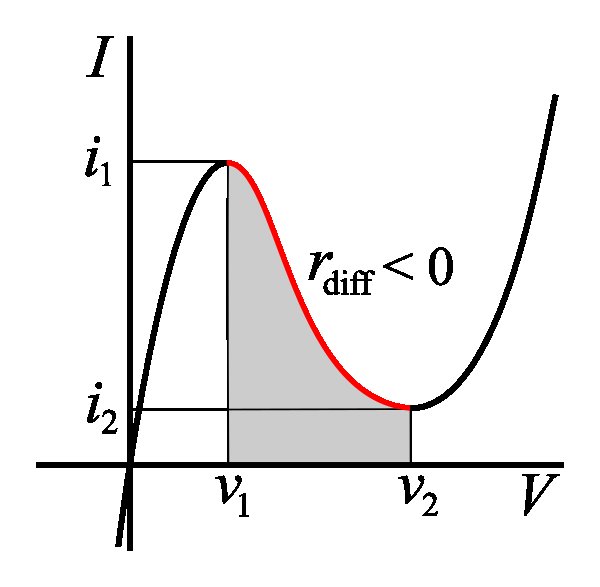 /edit: I edited the phrasing of the question and included an example in order to make things more clear.

This is then the impedance for small ac current $i$ when superposed on a DC current $I$ through the diode. The small-signal voltage $v = i r$.

0
Does V=IR define resistance for any conductor?

3
Flux linkage of 2 coils in series
0
Inconsistency in Definition of Impedance and Goal of Impedance Matching with Transformers
0
Increasing the Voltage, Ohms law, what am I missing?
0
What does complex permittivity mean?
1
Grainger's Ideal Transformer Doesn't Make Sense
2
EMF being equal through KVL
1
How can this circuit be simplified in the first moments after the circuit breaker closes?