Tension in the string of a pulley 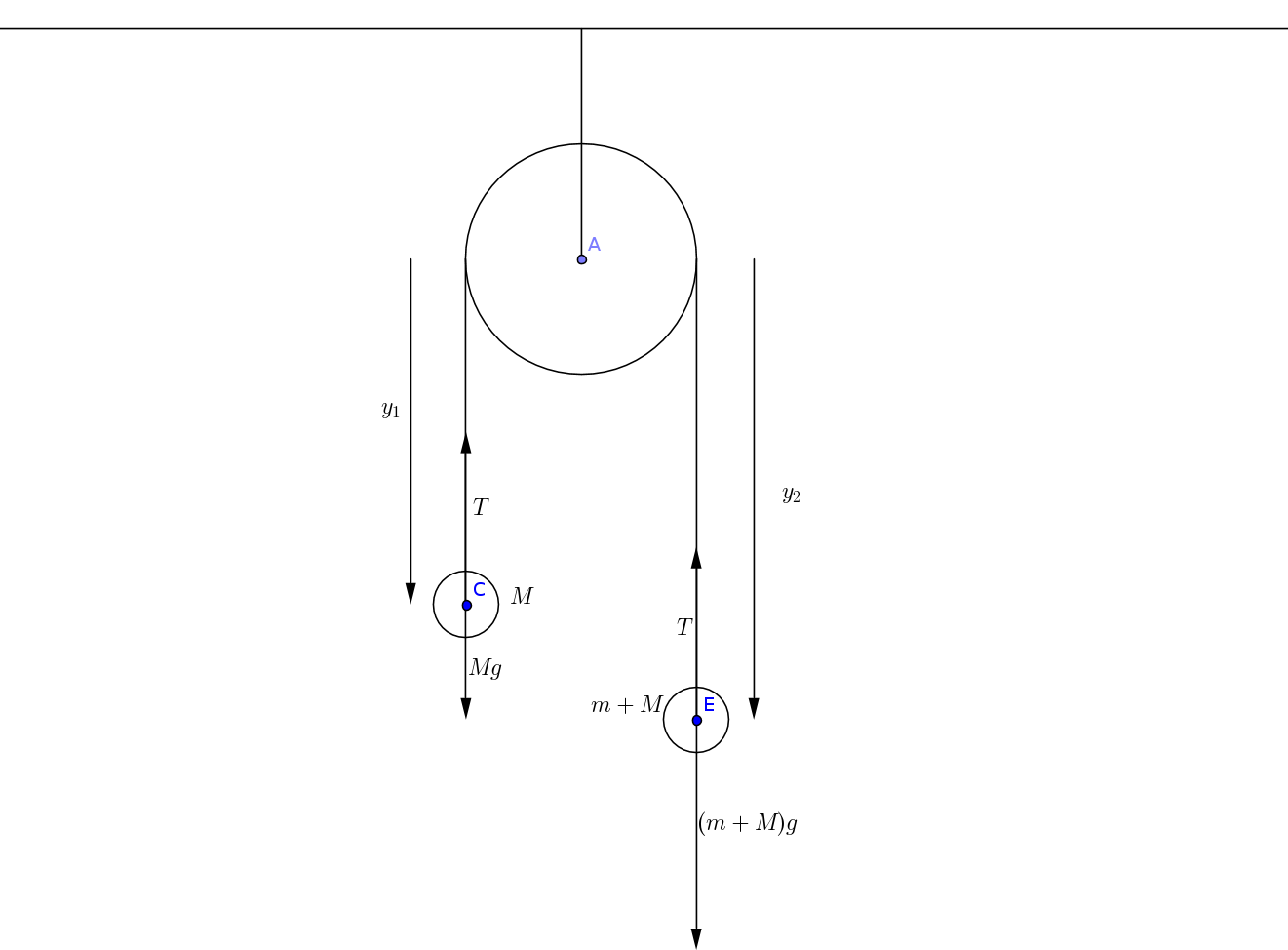 Why is it not Mg+(M+m)g?(considering that the pulley is mass less) I have trouble understanding

Tension is not going to equal to what the mass is at the ends of the strings when the masses are accelerating. The competing forces are Mg and (M+m)g so subtract those to get the overall force that drives acceleration. Acceleration is force over mass so $$A =\frac{F_a}{M_t}=\frac{Mg-(M+m)g}{M+(M+m)}=\frac{Mg-Mg+mg}{2M+m}=\frac{mg}{2M+m}$$

Mass is additive so we always add masses up. But forces can be subtractive as the case here. As you can see, the smaller the mass difference is (m) the less net force there is and the bigger M is the more mass the overall system has which means less acceleration created by the net force.

For the smaller weight it is the other way around, since it is accelerating up the string needs to pull harder than $Mg$.

You can see it is not going to be the simple sum of the two weights.

6
Pulley-rope tension question
1
Why is force on a pulley two times the tension in the rope?
3
Atwood machine: force on pulley
1
Can you determine an action reaction pair when tension acts on a string attached to a pulley?
1
Tension by a string on a pulley