Can a gust of wind have a distinct blade-like edge?

I was staring at a puddle as a gust of wind hit it, producing the following wave pattern ... 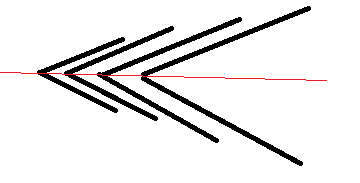 To my mind, the only way this could occur is if the gust of wind had a distinct leading edge, much like if i moved a match-stick through the water along the red line.

Here's a picture of the puddle ... 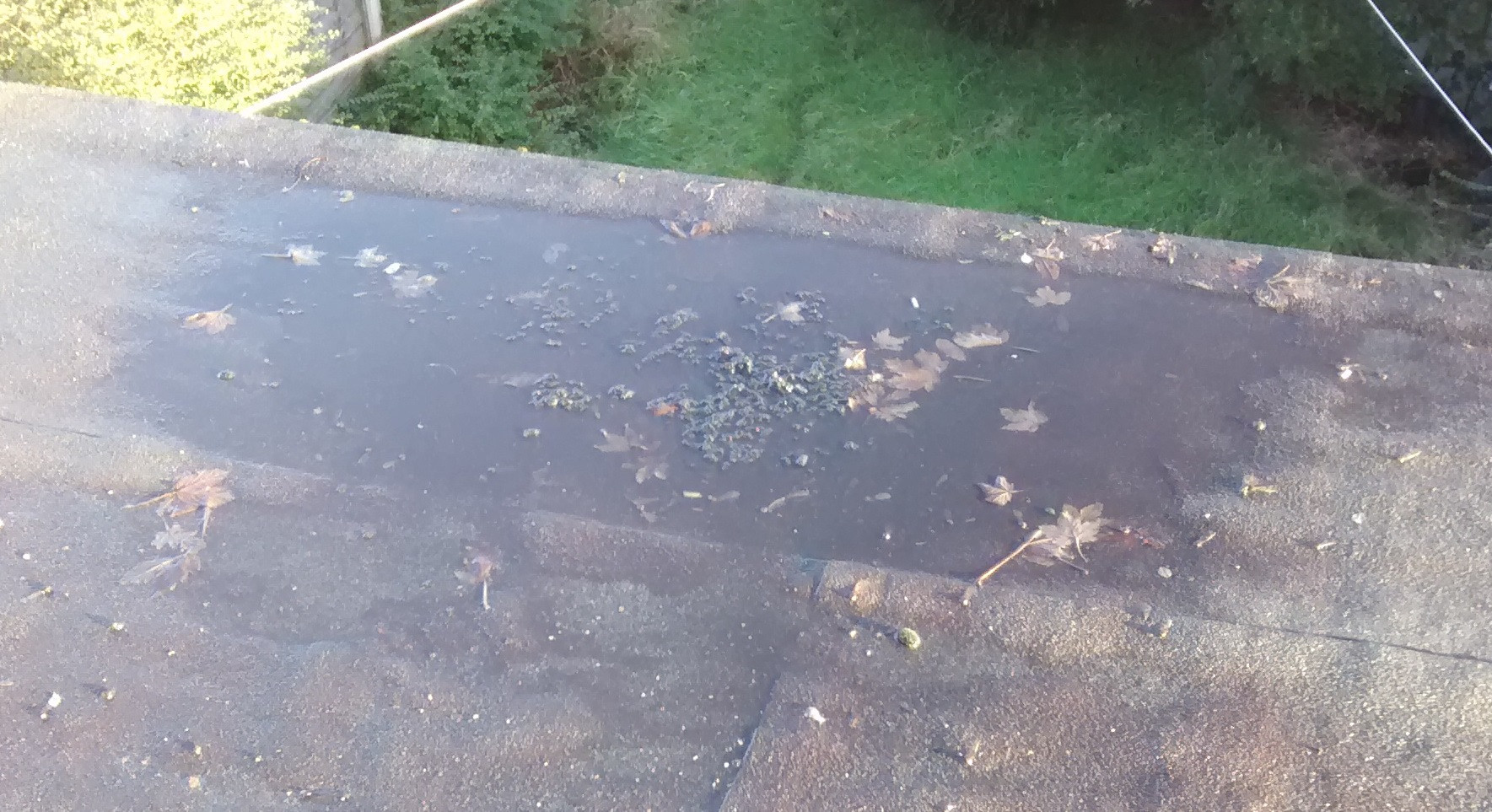 It approximates a trapezoid, whose longest side (adjacent to garden) is about 2.5m, its shortest side about 1m, and its height about 1.5m. I estimate its maximum depth at 1cm. I didn't give this detail before because I have witnessed the same phenomenon countless times in various puddles and bodies of water, but only when it's windy! I'm surprised no one else has seen this?!

There are no kink lines along the path of the wave - I've seen the same pattern form along multiple paths of different direction in the puddle above.

I think @HotLicks could be on the money here - a vortex of some description could possibly cause this, but the path always seems to be surprisingly straight - not something I'd expect from a turbulent gust of wind.

The puddle has only been on my roof for a day or two so whilst it could be some sort of aquatic creature, I think it's unlikely given the length of time it's been there.

It is highly unlikely that the observed wave phenomenon was caused by the wind gust. Most probably, the wave front, which resembles a wave front caused by an object moving faster than the wave velocity (like a supersonic aircraft), was caused by an animal (fish, frog, otter, beaver,...) swimming fortuitously at the same time under de surface of the pond.

Not the answer you're looking for? Browse other questions tagged fluid-dynamics waves everyday-life atmospheric-science or ask your own question.

15
Strange reflection pattern on the water
16
Why does water appear still near the shore
6
Can wind blowing on smooth water create speckle interference patterns?

7
Does the wind gust over the ocean?
3
Can wind currents form in the mesosphere?
6
Can wind blowing on smooth water create speckle interference patterns?
2
Can we reduce a hurricane's power using wind turbines?
3
How can the atmospheric pressure be different in distinct points at the same altitude?
1
How does rotation of fan blade produce wind?
37
How can a Kestrel hover in the wind?