My understanding of the centrifugal effect in a rotating reference frame is as follows. An observer in the rotating frame of reference (say it's orbiting point A) without any to view another frame of reference (so say that they are in a dark room with no windows) will experience themselves experiencing a fictious force in the opposite direction to A.

I am currently trying to apply this understanding to why the observed value of g at the equator surface is lower than say, at the poles (suppose we measure this value by measuring someone's weight at different points).

When the same object is weighed on the equator the same two real forces act upon the object. However, the object is moving in a circular path as the Earth rotates. When considered in an inertial frame (that is to say, one that is not rotating with the Earth), some of the force of gravity is expended just to keep the object in its circular path (centripetal force)

Could someone give me a heads up as to what they mean when they say that some of the force of gravity is expended to keep the object in its circular path? I am aware that it is gravity which prevents objects in orbiting from leaving in a straight tangential path, but I was under the assumption that 100% of the gravity, as opposed to "some" was responsible for this.

Assume that the Earth is spherical of mass $M$ and radius $R$.

The gravitational attraction on a mass $m$ on the surface of the Earth is $\dfrac{GM}{R^2}$. 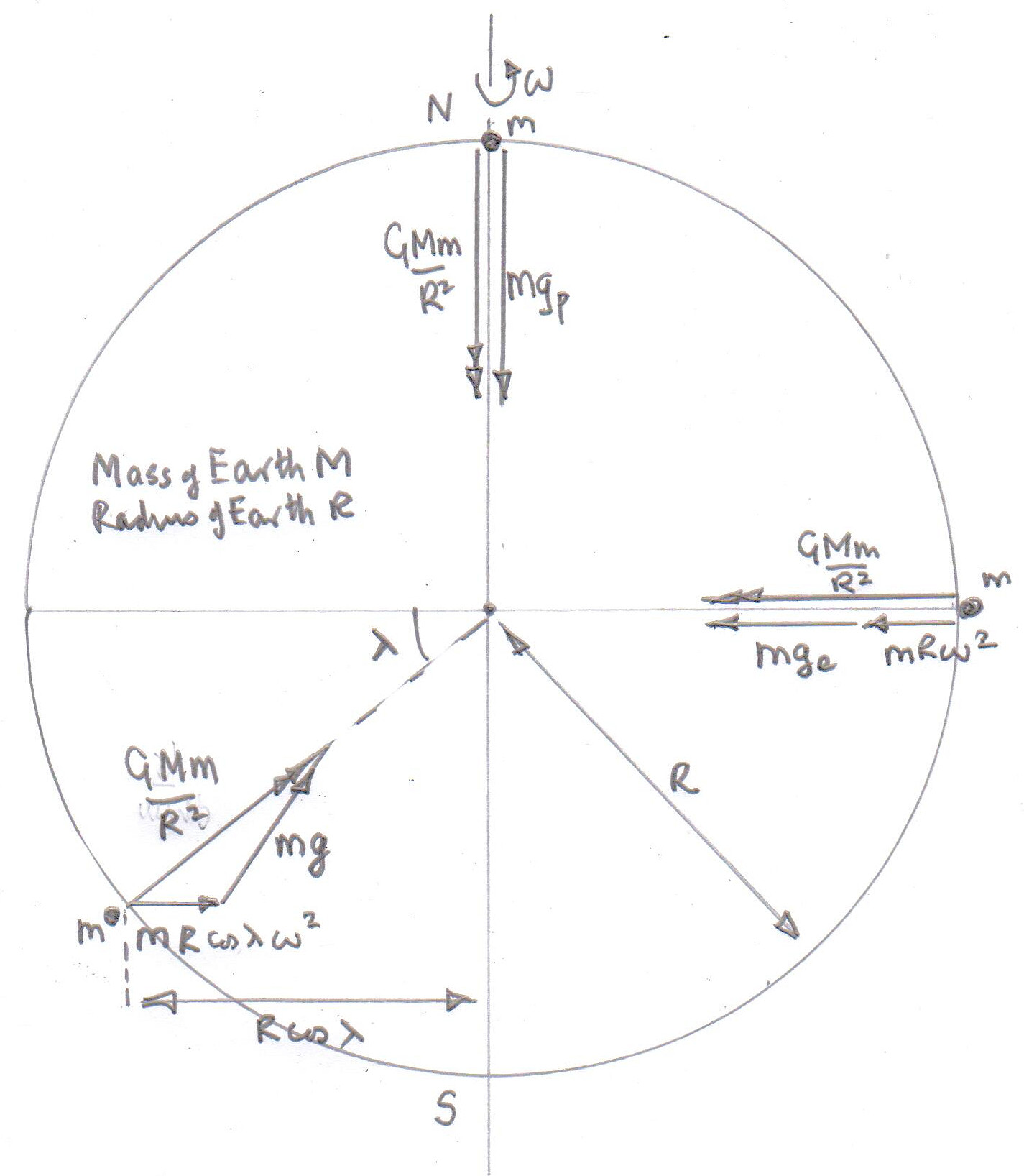 On the Equator the gravitational attractive force also has to provide a force to produce the centripetal acceleration so the acceleration of free fall at the Equator $g_{\rm e}= \dfrac {GM}{R^2}-R\omega^2= g_{\rm p} -R\omega^2 $ is less than that at the Poles (where $\omega$ is the angular speed of the Earth).

To find the acceleration of free fall at any other position, latitude $\lambda$, on the Earth one can use the triangle shown on the diagram noting that the necessary radius of rotation of the mass is $R\cos\lambda$.