Consider a tube that lies in the vertical plane, with its shape being an arbitrary function $y=f(x)$. Its ends are on the same level, and a uniform chain lies in the tube. 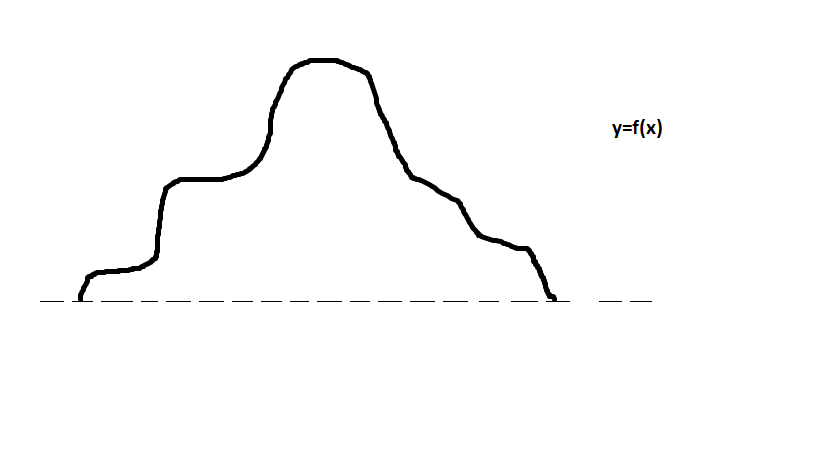 Now, it is a fairly simple exercise to show that the chain doesn't accelerate out of the tube, by integrating over the forces on each mass element. However, That is not what I am looking for. I have a feeling that a simple physical explanation exists to explain no acceleration, though I am unable to find something concrete.

It is something like a chain placed symmetrically on a sphere(i.e. its COM lies on the top of the sphere); the chain doesn't accelerate because it is being 'pulled' equally in both directions( in a hand-wavy way), as the mass on either side is the same. (To be more precise, we can say that the element of the chain on the very top is stationary, since it is pulled by equal tensions on either side of it. If that is stationary, the whole chain is).

The problem is, in the general case we have considered, it is not necessary that the mass on either side is the same, as the tube(hence chain) length may not be the same about the maxima of the function. In that case, it is not clear to me how can the 'pull' on either side be same. 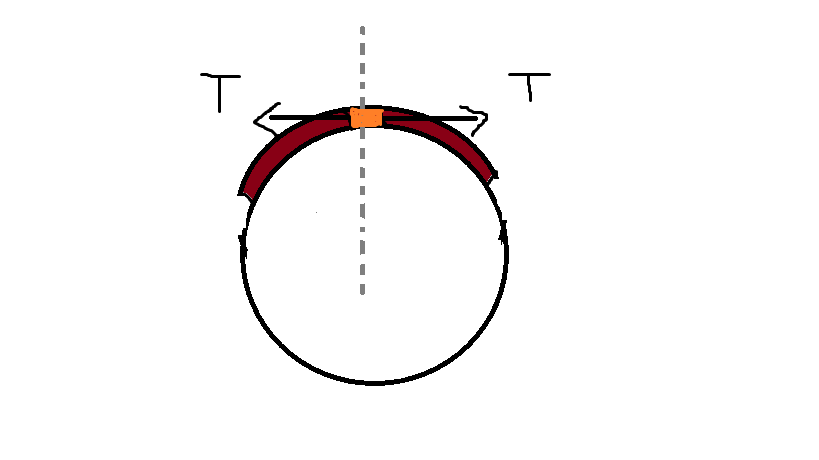 I suspect that it may have something to do with the fact the number of $y$ values on either side of the maxima is the same(they end up at the same level, and the function goes through the same points on either side of maxima); but I really cannot think of a definite solution.A simple physical explanation would be appreciated.

Browse other questions tagged newtonian-mechanics or ask your own question.

4
Chain with mass gradient problem
1
Tension in a massless string as it bends around a concave shape
0
Internal mass distribution in a sphere
0
Rope Tension and change in length of rope
3
Is it wrong to imagine the gravitational potential of a system based on the center of mass?
3
Rigorous mathematical proof of the equation of motion of a Sliding Chain with friction
1
Chain slipping off a sphere - Mechanics problem
2
Expression for force of gravity on an arbitrary curve with endpoints fixed
0
How exactly do simple machines provide mechanical advantages?
1
Can you determine an action reaction pair when tension acts on a string attached to a pulley?