If the answer of the title question would be yes, that would also mean that light can also travel faster than speed of light, right? (I assume sound and lightwaves can be compared as both contains electeomagnetic waves)

The speed of sound of 340 m/s is measured with respect to air. So here we can mention two cases:

The second case is exactly what happens in this picture: 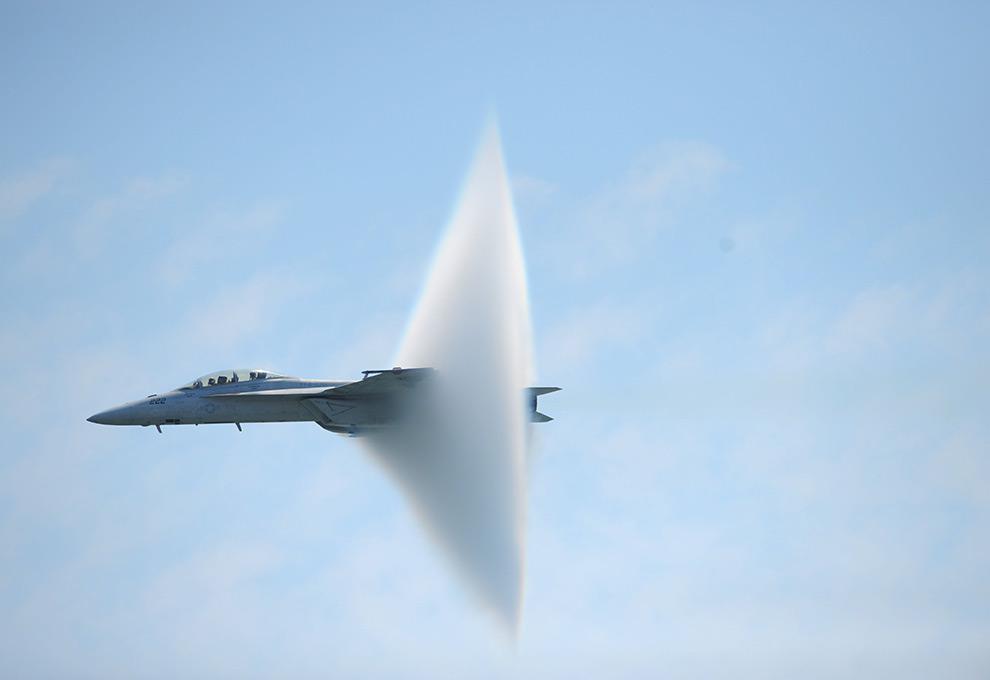 When the supersonic aircraft is moving exactly at (or very near) the speed of sound (both with respect to the air), the waves travel at the same speed and they accumulate to form that peculiar cone.

To answer the second question: sound waves are not electromagnetic waves, they're pressure waves.

Not the answer you're looking for? Browse other questions tagged special-relativity waves speed-of-light acoustics relative-motion or ask your own question.

13
Measure absolute speed
7
A Doppler Effect problem with a moving medium
3
How was it determined that the speed of light in vacuum is a constant?
1
Is the sound of hammering nails louder since it travels through the walls?
0
Does anything interesting happen to sound waves in an object moving with relativistic speeds?