I'm having trouble visualizing the electric and magnetic field lines of a linearly polarized light/radio wave in 3 dimensional space. When I look at the literature, I get the picture below which seems consistent with the Wikipedia image below. But someone is telling me my picture has the magnetic lines drawn incorrectly. What am I not getting? 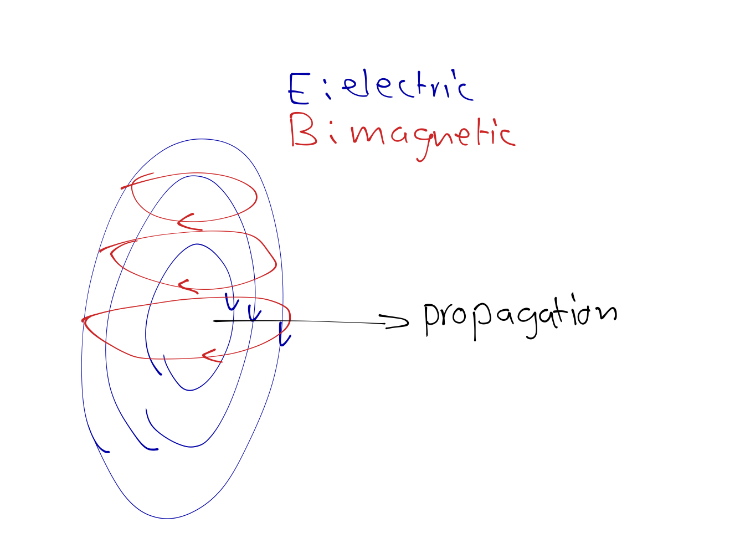 I'm not advanced enough to figure it out from the Maxwell's equations on my own. Please include you reference. 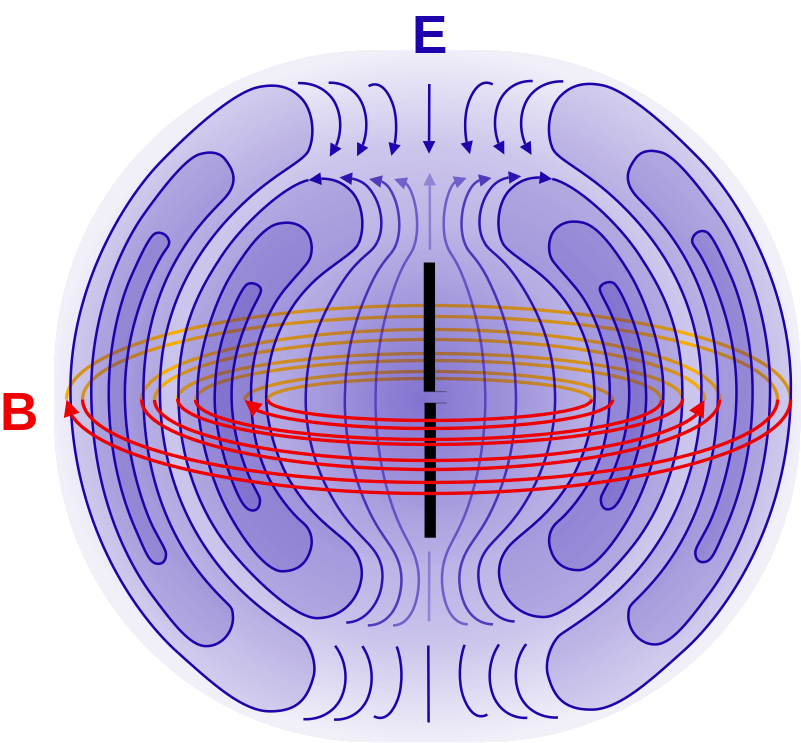 $2^{nd}$ Edit: Be aware that the image you borrowed from wikipedia depicts the near-field radiation. The radiation pattern farther than a few wavelengths is, in general, simpler because the "Coulombic" terms fall off as the square of the distance from the source. But the equation I posted below from Feynman, having those terms is for a "naked" charge. Not for a neutral oscillator.

I think the most important aspects of the graphic (which seems basically correct) is the part I originally had wrong. That is, the magnetic portion of the wave wraps around the oscillator. And also that the wave spreads out (almost) spherically, and falls off as the magnitude of the angle from the plane of symmetry increases.

If you are primarily interested in EM radiation in free-space, far from the source, that graphic and associated discussion may be misleading.

Your question got me thinking about the same things:

Is this wikipedia depiction of near-field radiation accurate?

The reason I am equivocating on the issue of the vanishing of the Coulombic terms is because I'm not sure how relativistic considerations might influence those values.

I'm not certain the graphic you borrowed is exactly accurate. It shows the electric field line pointing radially from the oscillator at times. I don't believe the radiation equation I am familiar with supports that aspect of the depiction,

The only radial components are Coulombic, and therefore will be absent in the case of a neutral oscillator.

But I was wrong once, so it could happen again. I suggest looking at

Do NOT skip ahead to this time stamp!

The fields are at right angles to one-another.

Unfortunately, Feynman doesn't get into the details until the second volume, at which point he has provided extensive background material.

Not the answer you're looking for? Browse other questions tagged visible-light electromagnetic-radiation visualization or ask your own question.

1
Is this wikipedia depiction of near-field radiation accurate?