Direction of electric field and force

my physics textbook, "Giancoli...", stated this

But in a previous paragraph, it had also stated:

We see that the electric field at any point in space is a vector whose direction is the direction of the force on a tiny positive test charge at that point, and whose magnitude is the force per unit charge

Picture if more context is needed: 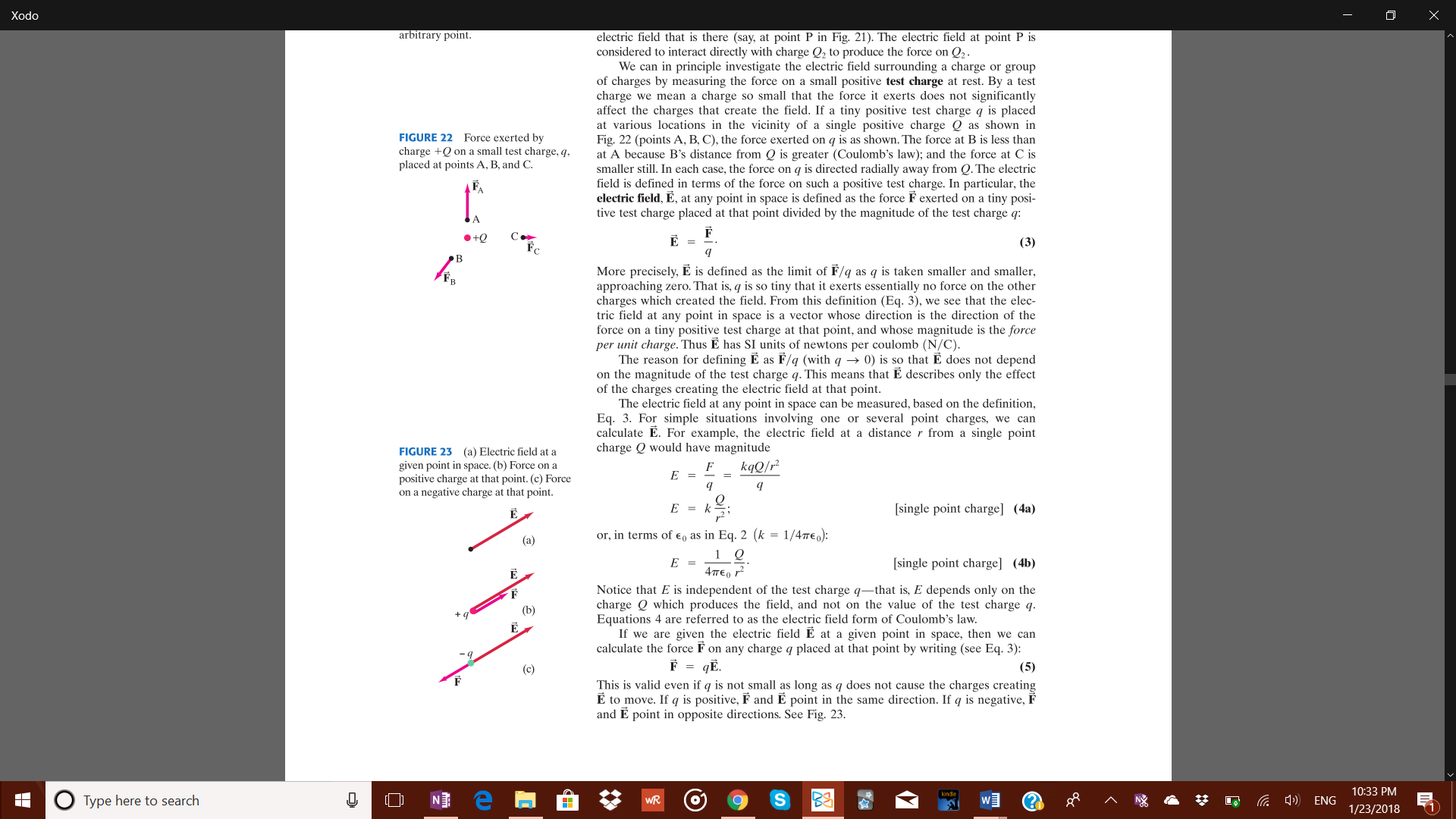 This is Coulomb's Law. Like charges repel. Opposites attract. Just think it through.

Other answers already suffice the needs of the question. If there is still some ambiguity, just remember that The Electric field experienced by the test charge, q, is independent of q.

So it always points in the same direction for same distribution of source charge, Q, even if nature of q's change.

Because a positive and a negative charge move opposite!

An electric field is created by some charge - that charge could be positive.

They experience the exact same electric force, just in opposite directions. An electric field that pushes in a charge will pull in the opposite charge.

4
What is the sense of a vector?