Supposedly, the Magnus effect, which is responsible for the curve of a curveball, and is the reason that tennis players hit their ground strokes with topspin, only acts above a critical Reynolds number ($\mathrm{Re}=Ud/\nu$, where $U$ is the velocity, $d$ is the diameter, and $\nu$ is the kinematic viscosity) of around $5 \times 10^5$. At lower Reynolds numbers, the force is supposed to be in the opposite direction: topspin would create lift, and backspin downforce--it's called the "negative Magnus effect".

My question is, why have I never seen any real life indication that this actually occurs? Further, why do real-life spinning spheres with significantly lower Reynolds numbers exhibit a positive Magnus effect?

I'm primarily getting this from the textbook from which I learned introductory fluid mechanics, by Kundu. A figure from the relevant section is included below. I love the book and have found it to be quite free of mistakes. What gives? Is this an uncharacteristic error? Or is there something about the real-world scenarios that don't allow the theoretical effect to manifest? 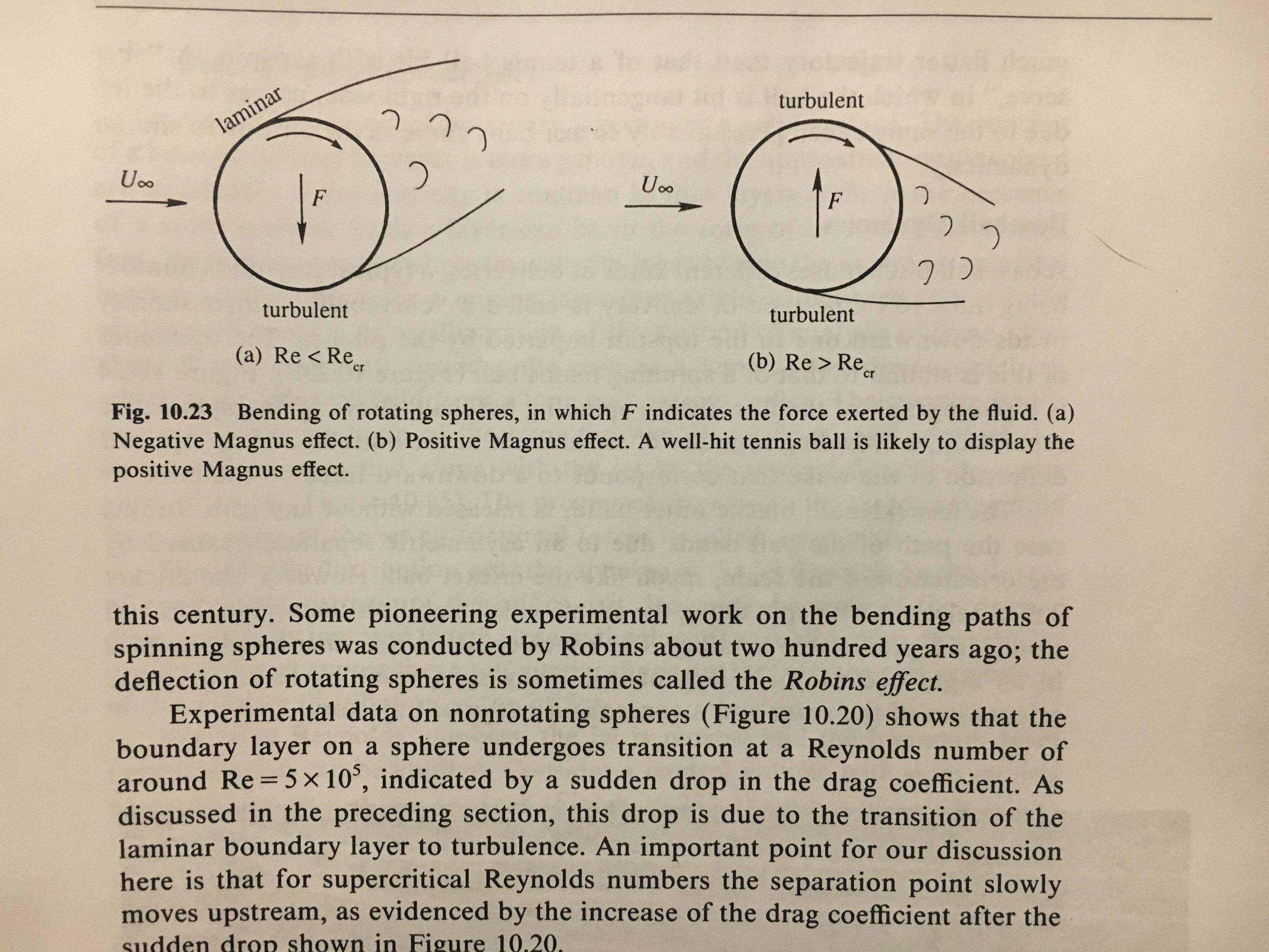 In practical scenarios (with balls sloved by drag, golf, tennis) a ball fast enought to transit from the turbolent to laminar flow, if rotating will have the flow transition occuring at different ball speed on his lower and upper part. If the rotational speed is a very small fraction of the ball speed. the ball will still have to transit his sides in sequence to turbolent to laminar, but being the ball subjected to drag, the time when the ball sides will experience dissimilar type of flow will be very small for having any practical effect. If the rotational speed is high a side will still stay turbolent long after the other side has transit to laminar flow. And in this time the lift would be inverted.