Soap films under gravity have a gradual thickness gradient, as evident in the smooth interference fringes. 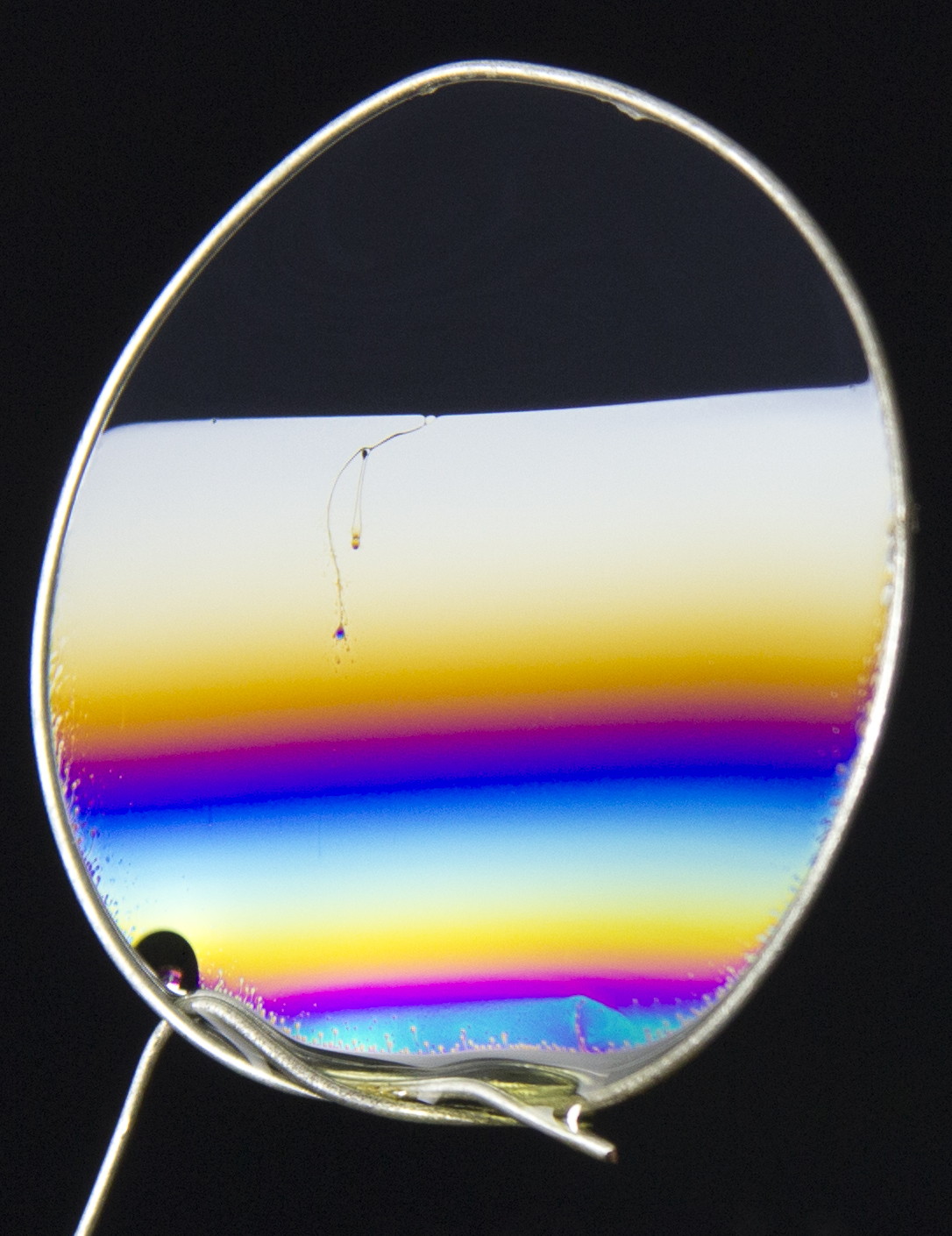 But why is there an abrupt transition from "white" to transparent 2/3 of the way up? This transparent region grows over time as the film thins.

Short answer: the smooth upwards-decreasing thickness profile turns into a constant function when the minimum, stable thickness for the film is reached. 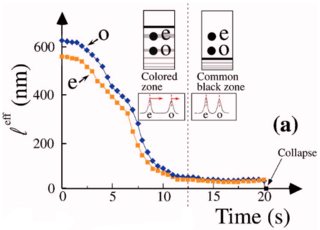 The thin film of soap solution offers two surfaces of reflection: the frontal one, a transition from air to film, and the back one, from film to air. The bands are caused by the interference between the reflections at the two interfaces, their color reflecting the difference in optical path length, which in turn depends on the film thickness ($d$ in the scheme below).

The reflection at a "hard interface" (from a region with lower refraction index such as air to one of a higher refraction index such as soap film) leads to an inversion in the wave phase (a change in $\pi=180^{\circ}$), while a reflection at a "soft interface" (from higher to lower refraction indexes) leads to no change in phase. That means that if the film is too thin relative to the wavelength, then destructive interference will prevent the light from being reflected: that's the dark band on the top, which is the thinest portion of the film (between about $10$ nm or $25$ nm and $50$ nm), do to the effect of gravity.

The color of the soap film under white light, as a function of thickness is shown in this figure: 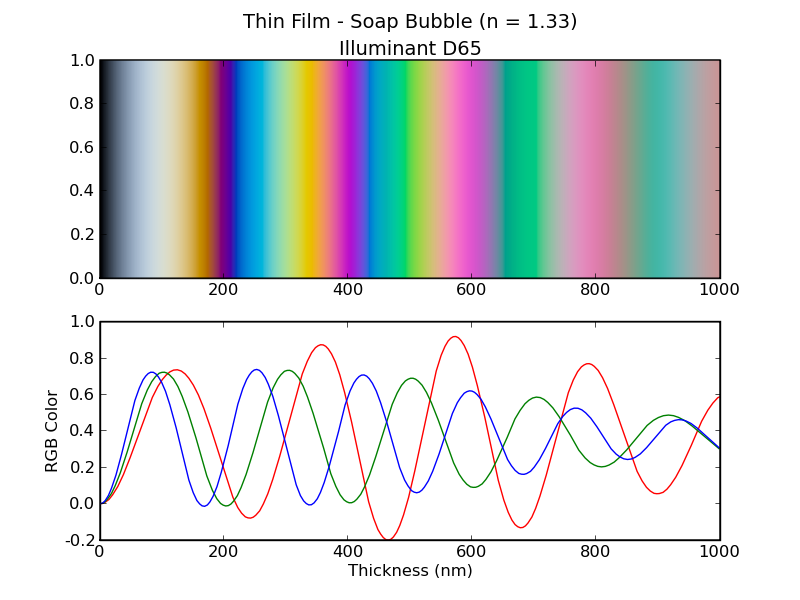 The question is about why the transition from bright to dark is abrupt. So first it's relevant to point out that it doesn't have to be abrupt, but can be smoother for an away-from-equilibrium film: 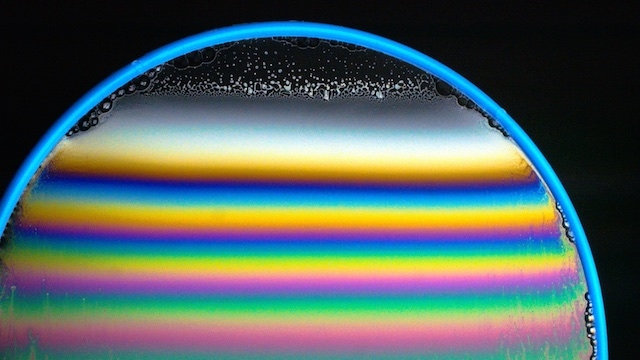 As for the abrupt transition, it's located at the transition line between the non-stationary$^1$ region where the solution is still flowing down and the stationary region where gravity is counterbalanced by, e.g., capillary forces (the capillary length for the film is about $4$ meters) and the Marangoni effect. The films walls are kept apart by repulsion forces, which are mainly (Wikipedia, and also this answer): "steric (the surfactants can not interlace) and electrostatic (if surfactants are charged)".

$^1$: I'm using stationary instead of equilibrium, because besides Marangoni flows, the stable state may include dynamic phenomena such as marginal regeneration, which consists in convection flows along the frame of the soap film (see, e.g., this paper, e-print) which seems necessary to prevent rupture, according to this paper (this need could conceivably explain the relatively short life time of films on square frames (e-print).

Not the answer you're looking for? Browse other questions tagged optics fluid-dynamics surface-tension or ask your own question.

13
Why does water sometimes form bubbles when I pour it into a glass?

3
Predict liquid film thickness outside a cylinder, under the influence of a) external gas flow and b) heating of the cylinder
2
How to calculate thin film interference when the incident medium is absorbing?
0
Can interfering rays of light be non-coincident?
1
Why does collimated light form an airy disk pattern on a camera sensor?
0
Soap film bursting dynamics
7
Colour patterns from the reflection of my window
2
Why can we observe thin-film interference or optical fringes when a film is illuminated by broadband radiation?
1
Why does $\rm TiO_2$ require less thickness for thin-film interference than light wavelength suggests?
0
Multiple maxima during thin film interference