Why isn't the movement of Newtons cannonball superposed with a constant initial velocity?

According to my understanding of movements, if you throw a ball (or shoot a cannonball) with a certain initial velocity $v_0$ in horizontal direction, its movement can be understood as a superposition of two independent movements: a free fall in vertical direction (e.g. vertical in relation to the surface of the earth) with a constant acceleration $g$ and a horizontal movement with constant speed $v_0$: 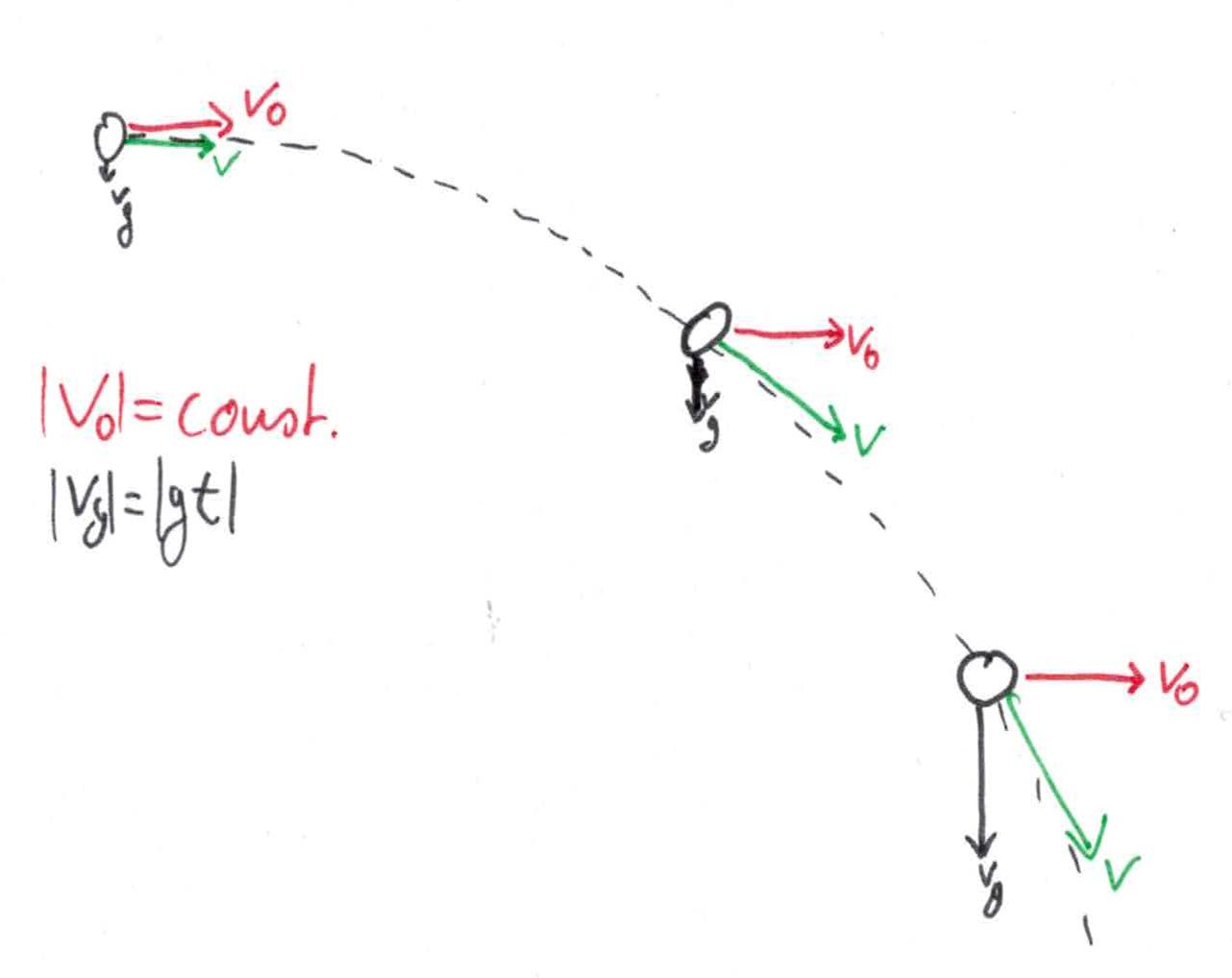 But if that is correct, shouldn't the movement of Newton's cannonball also be superposed with a one-directional movement with constant velocity $v_0$, as depicted below? 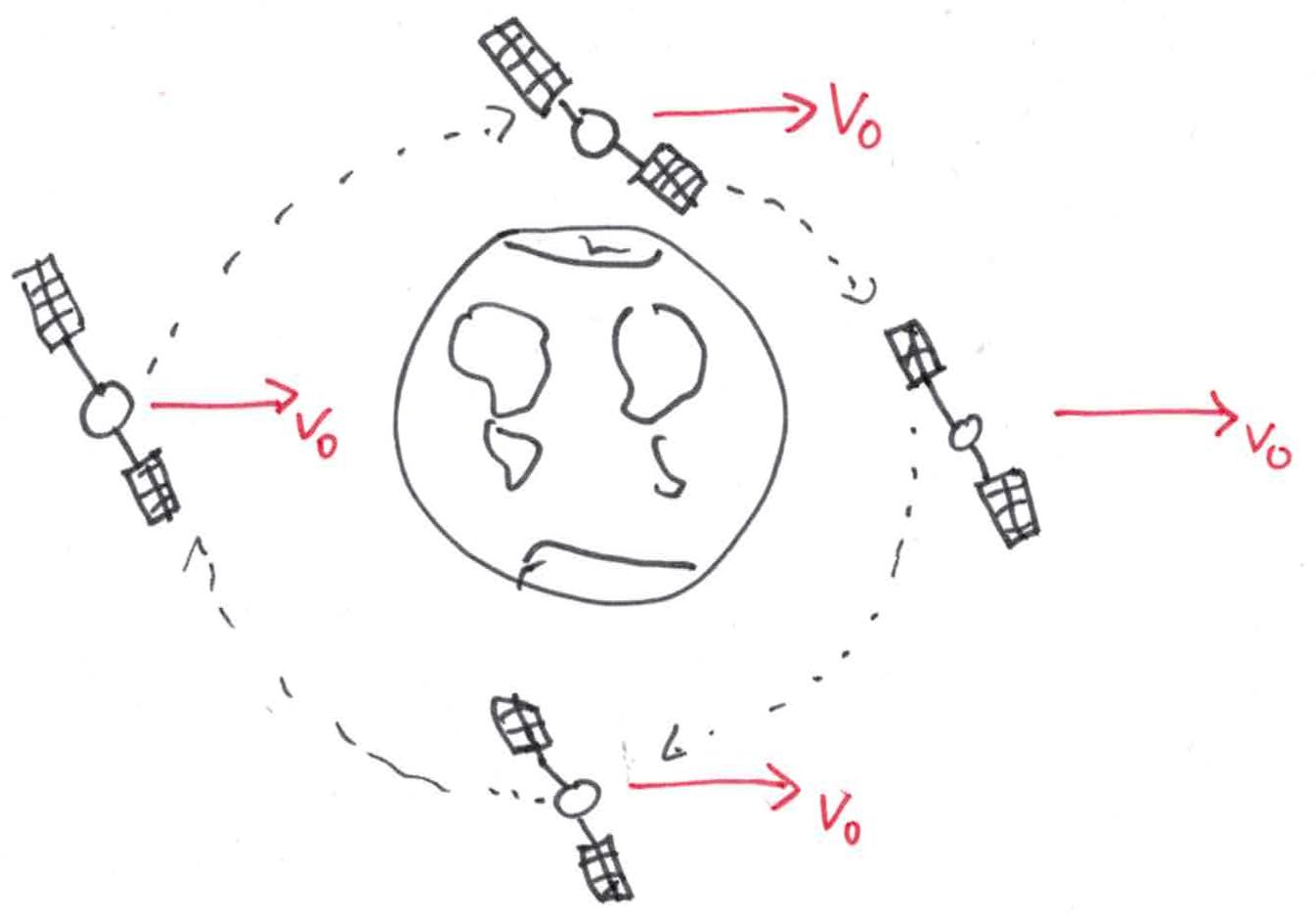 But as far as I can tell the second picture has to be incorrect, because the constant one-directional velocity would render the orbit unstable, wouldn't it?

You are mixing up two vastly different scales. The gravitational field lines are different in each case.

In the larger picture, we do not ignore the curvature, so as the the satellite moves to the right, it gets further away from the Earth. It is no longer moving orthogonally to the gravitational field lines (it is effectively climbing). Therefore, its initial velocity is modified by the force. It experiences an acceleration towards the Earth so this means you have to keep adding velocity vectors that point downwards to the original tangential velocity of the satellite. These cause the path of the satellite to curve and if you do this continuously, you get an orbit.

2
Pseudo force in rotating frames
1
Inelastic collision and impulse
1
Why speed of block/box reduce when force is acted?
13
What force causes the ball to move up?
1
Motion of an object in a moving car and collison
2
Throwing masses to gain velocity. A question of efficiency
2
Kinetic Energy in different reference frames