Precession of angular velocity about the body-fixed axis 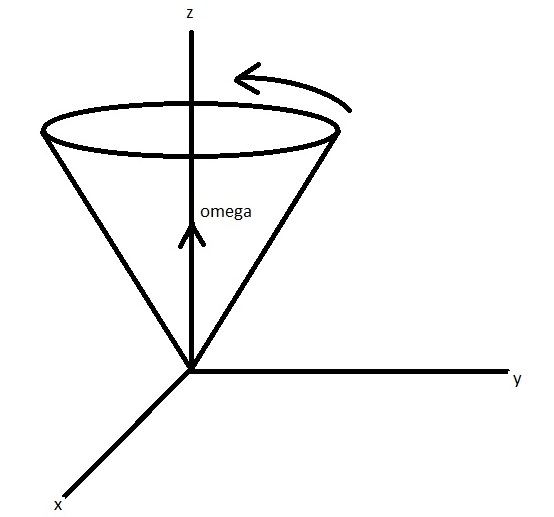 You can spin a symmetric top around axes other than the symmetry axis: your text is considering the general case of an arbitrary rotation, and how the motion evolves in that case.

Think of a single particle, an electron, moving in the x y plane and a magnetic field perpendicular to its direction of motion, the z direction.

Not the answer you're looking for? Browse other questions tagged classical-mechanics rotational-dynamics rigid-body-dynamics or ask your own question.

11
How did Feynman derive the physics of medallion vs. plate wobble rate?