Does melting and recasting a nanosized metal destroy or modify it's nano state?

Would be recasted into sheet/plate. Would be mixing cobalt, nickel and graphene.

If theres a modification in nano size or properties, could someone share what would it be.

Also does it make a difference depending on the metal used ?

yes, for the case of a metal alloy which has been processed in a manner which furnishes it with a specific nanostructure, that nanostructure is generally lost upon remelting and casting. exceptions are those alloys which are specially compounded to regain their nanostructurally-driven properties upon cooling down.

In some cases, the remelted-and-cast part can be reprocessed to regain the desired nanostructure through heat treatment- but only in those limited cases where the alloy was specifically designed at the outset to allow this.

the feasibility of this is indeed determined entirely by the specifics of the materials used. Note that these techniques have been most extensively explored and studied in the cases of 1) carbon steel alloys with nonferrous additions and 2) aluminum alloys with copper and silicon additives.

Of course it would.

If you're referring to the grain size as the "nano state", then all grains would be decimated once melted into a liquid.

To restructure the grains when solidifying you need to control the temperature and the time left in specific temperatures. Grain size depends on the rate of nucleation, fewer nucleation sites mean larger grains. Here's an example for Austenite, a crystal structure of iron. 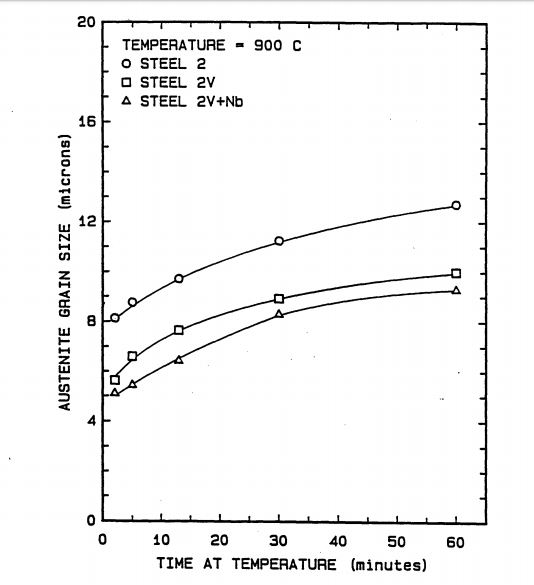 Here's another example for a much smaller, nano-scale grain size for copper. 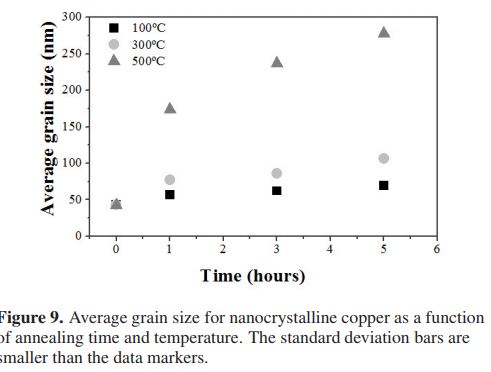 Note that for copper, in this particular case shown above, grains are not grown from molten liquid but grains are modified by annealing of a thin film that's already grown by sputtering.

But if you're referring to the "nano-state" as a nano-scale heterostructure like in quantum well laser, would you think would happen when you toss in a laser diode in molten lava???

Not the answer you're looking for? Browse other questions tagged nanoscience or ask your own question.

2
Having nano-scale holes in metal, possible today?
0
How does the billion RPS nano rotor not break?
0
How accurate is it to use 12-6 LJ potential for interaction between nano-particle and Hydrogen molecule in LAMMPS?
1
Micro-world Perception: What does a microbe perceive as it's being, say, sloshed in a glass of water?
0
What does “Metal based electronic transition” means?