quark momentum and quark mass in unpairing and pairing phase

It shows a figure of quark momentum of quark $u,d,s$, in unpairing and pairing phase, such that

so why isnt that $$p_u >p_d>p_s$$ if momentum is inverse proportional to the quark mass? What is going on here for these quark momentum? 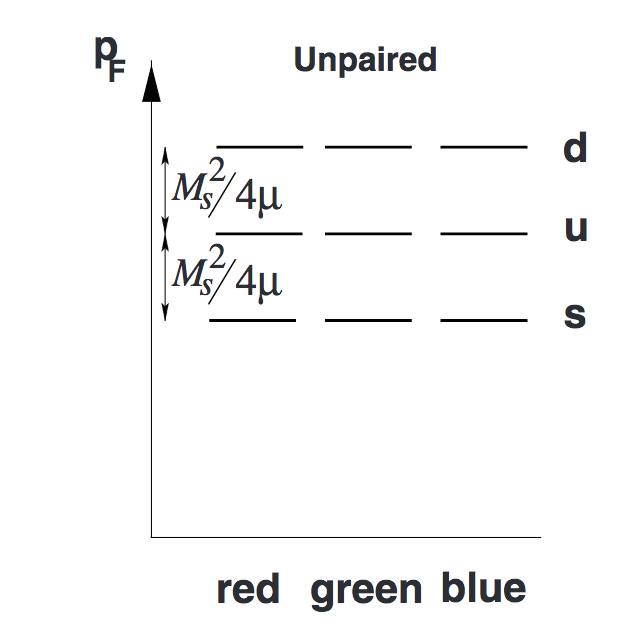 We usually consider electrically neutral matter (because charged matter cannot exist in a macroscopic system -- the Coulomb energy diverges with the volume). In principle $uds$ matter with a deficit of strange quarks (because of the heavier strange quark) can be neutralized by electrons, but it is energetically favorable to neutralize by an excess of $d$ quarks (also negatively charged). The reason is that reference state, neutral matter with equal Fermi momenta for $u,d,s$ quarks, has a large Fermi momentum for down quarks, but zero Fermi momentum for electrons. A small shift in the chemical potentials then leads to a large shift of the down quark abundance, but only a small shift in the electron abundance.

Not the answer you're looking for? Browse other questions tagged superconductivity quantum-chromodynamics or ask your own question.